This week we caught up with the guys from Atlanta, Georgia’s Mosura. The band is made up of Jimmy Mendoza on vocals, Jonathan Benitez on Bass, Tyler Blalock on Guitar, and Austin Massingill on Drums. Their recent album release is the brilliantly creative The Eighth Plague. We asked Jimmy and the guys all about their death metal experiences, the inspiration for their music and album artwork, and general life as a member of the band. Here’s what they had to say..

1. The Eighth Plague is one of the most intriguing album names we’ve heard this year – how did you guys come to use that as a concept?

The Eighth Plague, the name came to us shortly after a practice session. A couple drinks and we’re neck deep in deep conversations and inside jokes. And one thing in particular, that we thought to be lucky or a great coincidence, was that before some good fortune came our way, we would always encounter a moth. Three times in particular. The first being when we first got together for a jam session, and we noted how big it was. It was just interesting because the band name Mosura relates to moths and such, and it just became a sign of good fortune. Sure the literal eighth plague was a swarm of locusts, we just put our own spin on the old bible tale.

2. Limb Splitter is an absolute beast of a track – what came first; those rampant drums, the guitar riffs, the idea, or do you guys just jam it out until some kind of magic happens?

Usually our guitarist would throw a riff and we all just get a feel for it. But for Limb Splitter, it was as if the song was writing itself. We kind of already knew what part we each were going to play in the song. what to put in, take out, leave in. I remember when the cymbal hit along with the first kick drum, then came the sudden pause, I looked over at my drummer motioning my head to the rhythm of the riff. It was like he knew what to play next, he knew what I was thinking. Throughout the whole song I’m just imagining this epic fight, or a monster so powerful in strength that it could literally tear off and separate limbs. Think Of Mortal Kombat, perfect example. To put it simply, we jammed it till the magic happened, the song almost wrote itself, haha.

3. What do you love the most about being a member of Mosura?

For me, the experience, the progress, the people I meet, I’m not sure what would be my favorite. There are parties, concerts, making music and being able to move to the music you make. I suppose the answer I’m looking for is the lifestyle. The way I live through the band, somehow everything is tied to it, that’s what I love the most

4. You recorded a cover of Lamb of God’s track Redneck – is that an influence you all share, and does anyone have any somewhat unexpected musical pleasures they’d like to divulge; ones that maybe add to the writing or performing process?

That indeed is. We’ve played many covers but Redneck is the one we enjoyed the most. We decided to try and perfect it make it suitable for a live performance. We each idol our own bands, Jon our bassist worships Peter Steele Of Type O Negative. Our guitarist Tyler learned from watching Dime Bag Darrel Of Pantera. Our Drummer Austin mimics the same talents of Mario Duplantier of Gojira. I myself am influenced by By Jonny Davy from Job for a cowboy As well as the late Mitch Lucker from Suicide Silence.

5. What’s also great about that cover is that we get to hear you guys performing live. We recently published an article on the importance of going to gigs. How important are live shows to you guys, and in the age of the internet; how can we further stress the benefits of going out to hear live music, in comparison to listening at home?

When it comes to live shows; you don’t just listen to the music, you experience it. You see the heart and soul played in every note, every drum hit. Its always fun to join a pit listening to the song you heard at home, to sing along to the lyrics with the band that wrote them. To us, live shows are a great way to gain exposure, as well as to make a connection with new fans. 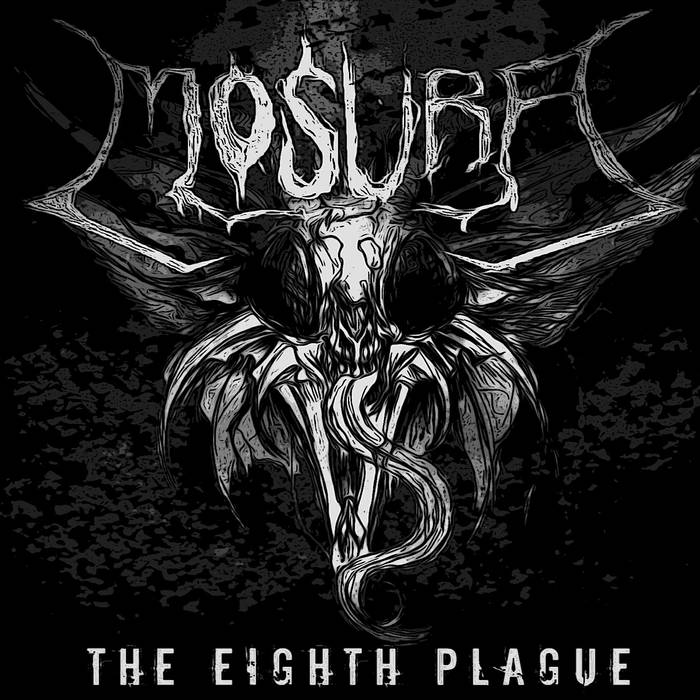 6. If you could create a new law – absolutely anything; what would it be?

My band mates are for the legalization of Cannabis, so.. there is that.

7. If you could share a stage with anyone, alive or dead, who would it be?

Who else other than our idols, haha. Definitely Pantera, Type O, Gojira, as well as Suicide Silence, and Job For a Cowboy, Perhaps the Band Death as well.

8. If you had to think of an unusual song to cover, one outside of rock and metal, what would you choose; what springs to mind?

That’s an interesting question. We all kind of have our specific opinion on that. Jon Suggests Rebel Yell, Tyler says Robin Tower Bridge of Sighs. Me, something totally out of place; that one song Love Me with Drake. A step in another direction. Something completely out of the metal world.

9. On the album you break things down a little for the final track Dante’s Inferno – would you ever think about putting out some acoustic stuff; videos, tracks, maybe an unplugged gig?

Of course. At some point it would be great to widen our music play style. It’d be interesting to hear a heavy track converted to an acoustic piece. Guitarist Tyler says: I wanna venture farther into just instrumentals brings a vast musical variety to us as musicians.

10. What’s been your favourite gig so far, and why?

There have been so many, it’s hard to say. Some of our best shows have been at The Masquerade. Between either the Hell stage or the Heaven Stage, last time we played in Hell there was a pit from wall to wall and all you saw were bodies flying and such. I remember climbing on the tallest wall amp, and the crowd began to pump their fists to the kick of the drums. The party that came afterwards was even more awesome.

11. What’s the first thing you do when you get off stage?

Me, I try to mingle with the audience and get feedback on our performance. To my bassist Jon it looks like I’m skipping out on my responsibilities of picking up the banners and lights an such. I get caught up with meeting and greeting I completely forget that I have stuff to carry back to our haul.

12. Who designed the artwork for the band/album, and what was the inspiration behind it?

The artwork was done by our singer Jimmy Mendoza. He says he drew inspiration from the songs we make. The majority of our tracks in our album have a representation of what the song would look like if came in a visual form. Come to think of it our songs are named as if they were monsters.

13. What can we look forward to from Mosura in 2016? Any particular gigs or releases we should mark down in the diary?

We’re Kicking off the new year with a performance at the 529 venue in Atlanta. The event is for a skateboarding foundation I believe. We never stopped writing material, even since the album release in May. New music, new merch, new stages. Keep your eyes peeled and ears open, haha.

A huge thank you to Mosura for taking the time out to talk to us. Head over to their Facebook and Twitter pages to stay active, and in the meantime, here’s Surgical Manifesto. Turn it right up.