The Power of Music: How Film Music Shapes the Storyline - Stereo Stickman

A good film is generally the one that can appeal to multiple senses all at once and evoke a certain emotion or reaction to it. Music is one such medium that can heighten and stimulate the sense of hearing and make the film an even more enjoyable one. Music has been an integral part of a movie for a long time. There are many examples of iconic theme music from movies that has become more popular than the movie. The moment you hear it, you get reminded of the film.

There have been cases where many have been intrigued by the music of a film and have gone to see it for that sake. The conditioning of the mind is such that imagining a movie without music is almost impossible. Since the music also sets the tone and complements the movie appropriately, it does play a significant role in the storyline. More details about this synergistic relationship are explained in detail here.

A liaison is a strong communication that is established between multiple entities so that a close relationship is established between them, and it helps each other’s cause. The best example is music and film liaison. The popularity of both is interrelated as both contribute to the success of each other. Movie making is mainly for entertainment purposes, but the business aspect of it is also pretty significant. Music and film help each other’s cause in this regard as well.

This is the type of music that is integrated within the story-line itself. For example, an instrument being played in a movie scene, like music lessons being given by one of the characters.

This is the version of the music that is not a part of the story-line as such, but is played in the background for dramatization. For example, the music that’s heard during a chase scene or a murder, which is from an external source and does not have any origin within.

Impact of music on the story-line

There have been many, many movies that have run on the back of good music significantly.

The type of music that plays during a movie plays a significant role in underlining what is being portrayed in terms of the development of the storyline. It can change the perception that a person has of a situation. Thus, it can act as a guiding light.

It is due to this reason that filmmakers give a lot of importance to music. The attention of the viewer is captured, and a sense of anticipation and anxiety is created, which is desirable to set the mood correctly. Thus, the rhythm is set, and people fall into the groove of the film more easily.

As mentioned before, excellent and ambient music can set up a movie better and create the kind of atmosphere which corresponds to the genre it belongs to. Viewers often feel glued to their seat while watching a movie, and music heard in the background will have a huge role to play in this respect.

Cues related to hearing are stored in the subconscious for a long time. People often associate scenes in their favourite movies with the music running throughout them. Thus, the recall ability of the person becomes even better with the right kind of music for movies.

A story can move a long way forward on the shoulders of good music. Intricate and subtle expressions can be elaborated through it.

When a filmmaker makes a movie, he or she wants the viewer to remember it for an extended period. The retention by the viewer is generally largely governed by the type of music that is a part of the movie.

So, as we discussed, music is an integral part of a film. It helps the audience to understand the story-line as music portrays a situation better than words. It stays in memory for a longer period of time, and it ultimately helps a film become loved and remembered. Next time you venture into a feature length movie, pay attention to the soundtrack and the effect it has on the overall experience.

Photo by Kyle Loftus via Pexels. 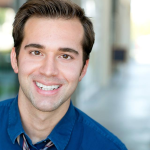