Yon World lays out a thoughtful series of soundscapes among some calmly poetic rap verses on this self-titled album. Yon World Intro paves the way for a dreamlike and fairly delicate array of ambiances, then you get the introduction to the voice – A Different World,  a track that showcases the heavy ideas and the depth of the writing that is the Yon World way with lyricism. Between the rap verses, the mellow tones, and the snippets of intense historical speech, the whole piece creates a powerful space and prompts the listener to think a little more deeply on the world around them.

Children of the Sun picks up the pace a little but seems right at home within the collection. You adapt to the Yon World sound pretty quickly, his voice and these uniquely calming beats have character. The entire first half of the project is made up of notably short tracks, they feel like limited bursts of energy and ideas. Bringer of the Dawn follows suit but introduces a darker, more classically street-like approach to hip hop. By this point the experience feels connected and much more like a mix-tape or a collection of short stories.

New Teaching keeps the mood similar but sees the rapper slow down his delivery to a more rhythmic and monotone, modern-day rap style. You know the sound of his voice by now, that inherent level of character works massively in Yon World’s favour. The humble nature of the beats and the calm delivery add further to this. This particular song offers a sense of inspiring optimism or self empowerment, it’s mildly energizing and motivational if you really listen. 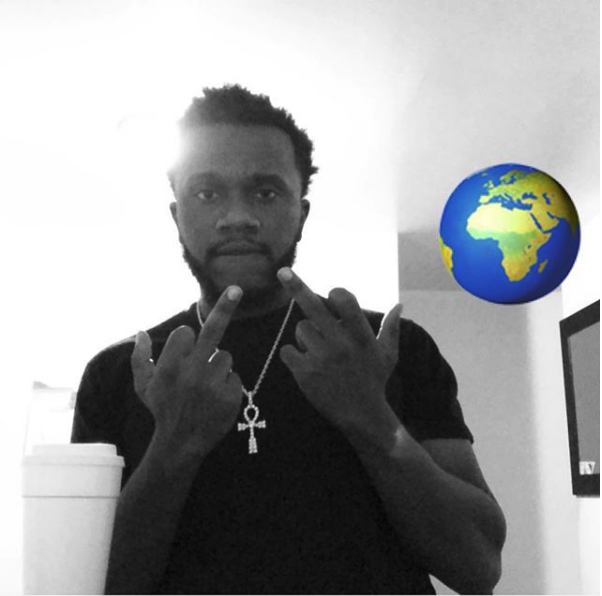 The intensity rises with Tap In, a heavy track, soaked in reverb and a slightly haunting layer of ambiance. The hook is hard-hitting and repeats to the extent that this quickly becomes one of the most recognizable tracks on the project. E.T. Song follows and mellows things out once again. The music is great, unique and interesting. The vocal delivery sounds tired and carefree yet the lyrics deal with a deeper realm of thought. It’s a fascinating song and has offers some definite musical highlights.

True to Me continues to see the energy and the details rise up. This latter half of the project features longer tracks, fuller soundscapes, and much of the more interesting lyricism. The voice is quiet and loses itself among the music in some respects, but from an alternative perspective this works in letting the voice be simply another instrument. You can let the music play out if you’re a fan of hip hop vibes in general, or you can focus in and pick up on the personal storytelling and the values outlined within. This track offers all of this at once.

Things come to a close with the notably dramatic and fairly epic sounding F**k Juice Wrld (Who Raised These N****s). This is a definite highlight, it feels real and somewhat more up close and personal than what came before – honest and gritty, musically entrancing. Yon World’s voice takes full advantage of these final moments as he puts in a genuinely emotional yet still calm and collected performance that suits the mood of the track pretty perfectly. A strong way to go out, adding a last dash of eclecticism to the album and reminding you of who he is as an artist.