The Twelve AM are adding something special to the future of rock with this upcoming album Pretty Noise. Scheduled for release in January, the album introduces their sound as falling authentically – somewhere between the likes of BRMC and Goo Goo Dolls; with an indie-rock edge not unlike The Stone Roses or other bands who graced the world’s festival stages at around the same time. Music is in for some immense and positive changes in the near future, rock music in particular, and The Twelve AM are easily a welcomed part of that process.

Punk Drunk kicks off this album as the rightful anthem it needs to be in order to draw you over from afar. Offering everything from infectious riffs to uniquely raspy vocals, the band present a certain unity and shared passion that lets this music work in a genuine way. Furthermore, there’s depth to the songwriting – the tracks have weight and meaning, so they connect, and so it’s all the more compelling to lose yourself within them.

Run With The Bulls follows the opener and adds a quick delivery of power chords inspired by punk-pop, as well as a sense of warmth from the chord progression and the melody – moving the mood somewhere joyful and optimistic. After this, Elope steps forward with a spacious set-up – a simpler, lighter sound, less distorted at first and really laying that leading voice bare; which works well. The song goes on to explore the title concept in a memorable way – great melodies, another great vocal, and by now you start to really hear the value in the band and their sound. Nostalgia roams for sure, but there’s also something refreshingly new about the way they craft and perform their tracks. 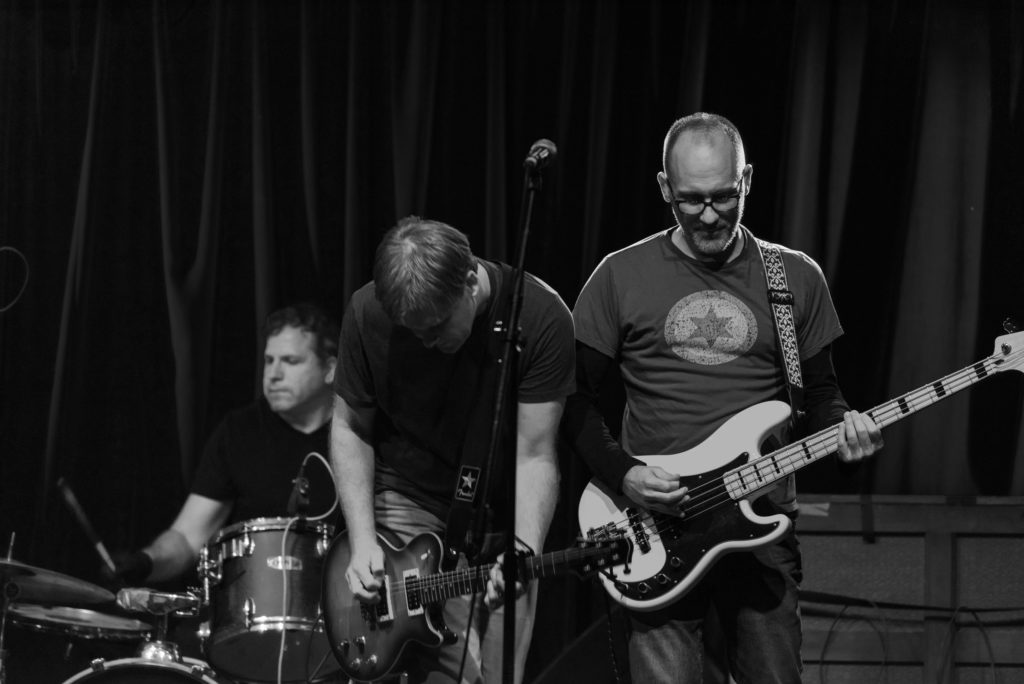 Elsewhere on the project, creativity continues to shine as each song offers something of its own to intrigue and entertain. There’s an ongoing energy to the entire album that seems catered to positive thoughts. Perhaps the weight of the music robs the lyrics of their poignancy on occasion, a genre trait for sure and something you climb through as a fan, but by all accounts if everything is as it seems; the band just do push in the direction of hope and brightness. Almost Gone walks the line here but leaves you with a feeling of strength. I’ve been at home for the most part reviewing this project, but something tells me a road trip is where these songs would really work their magic – or indeed at a live show.

Guitar Boys is a latter half highlight – it stands out for its acoustic aura. Lovely and crisp guitar work accompanies a gentler, almost whispered vocal. The lyrics are deeply poetic and heartfelt, and this, along with the music and the performance, makes for a song that captivates and calms as it trickles through. The hook works well and is likely to appeal to any number of understanding musicians out there. Heart Beats follows and re-energizes the room with another anthem and a slightly Primal Scream-like set-up. Great story-telling.

Empty at the penultimate moment offers softness and weight in unison, utilizing contrast and again showcasing a writing and performance style that seems straight from the heart. This is another highlight for the emotion in the melody and the ideas, as well as for the meeting between the acoustic and distorted worlds.

The album comes to a finish with My Autumn, a song that skillfully combines the vocal and guitar melodies just briefly, and before this presents a likable sense of rhythm – all of which helps make this the perfect way to finish the project. The guitar work again feels wonderfully reminiscent of the sound of rock festivals from around the mid-noughties. For the classic rock and indie fans out there – this album is a must. Genuine, musically masterful, passionate, and every bit as immersive as you’d hope. I look forward to catching the band at a live show some day.