The Hills & the Rivers - The Fool & the Magician - Stereo Stickman

There are so very many bands around these days – the caliber is high, so much of it impresses. Musical ability alone is enough to get you doing something creative with your life, but it’s not always enough to leave an impact on an audience. Energy is crucial, compatibility within the band, and songwriting – ideas, expression, emotion; all of this plays a part in building something that lasts.

The Hills and the Rivers are a band that initially seem to have that comforting, skillful, organic sound that would see you through a daytime festival set in a bright and beautiful way. Pretty quickly though when listening, you realise how much more there is to it. Their lyrics and their melodies are incredibly unique and endlessly interesting, not to mention reflective of inner truths, poetic, heartfelt, and clever. The Fool & The Magician is a wonderful album to have play for you.

The Fool was the first song from this record to cross my path and it’s a superb place to begin. The delicacy of the leading voice, and the melody – it feels like a traditional folk piece with a twist of Jon Butler Trio. As you make your way through their songs, their YouTube clips, you grow more and more fond of the band’s realness and subtle vulnerabilities as honest artists, and you start to crave the raw vibrancy of a live show.

The Leap and The Road follow the opener on this project, offering story-lines and a slightly varied level of emotion respectively. The harmonies are beautiful on the latter, and always the instrumentation is stunning and backs up the underlying sentiments in a relevant way. Gotta Get My Thrill comes afterwards and completely revamps the energy and the scene. A manic piece of musicianship and passionate performance erupts into the room. The strings, the acoustic quickness, the unwavering sense of movement – it runs away with you, and this works well after the somewhat mellow first few moments of the project.

Mmbop mixes things up further, taking that eclecticism to another level, reminding you how inherently unique The Hills and the Rivers really are. This wall of audio comes through with vocals only, refreshing and inclined to make you smile, though far (far!) from the more commonly known song of the same name. Middle Garden follows and proceeds to melt your heart as this section of the album re-mellows the mood and pours parts of its soul out into yours. This song is exquisite, the band utilize contrast and space perfectly well, letting the notes and the ideas and the simplicity of musical mastery reach out and really connect. A definite highlight, entrancing and wonderful to listen to. 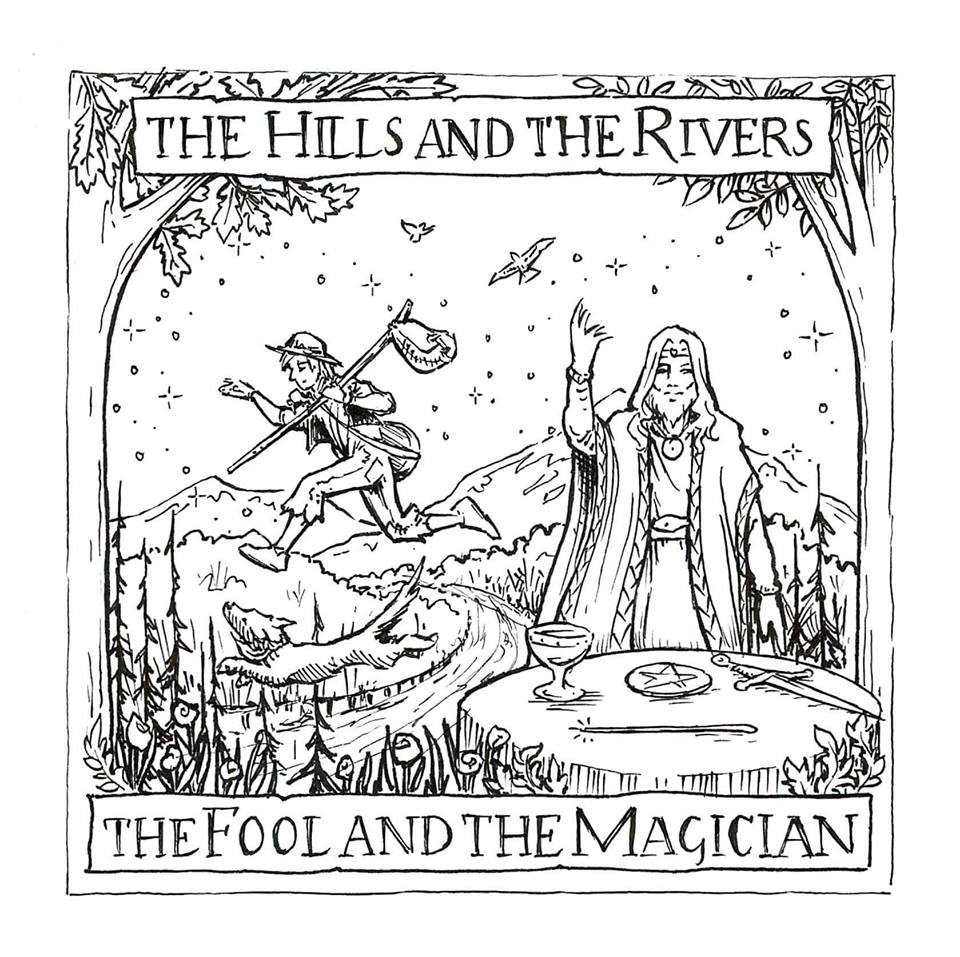 I heard a little Half Moon Run in the songwriting style of some of this collection, a really enjoyable reminder of the fact that lyrics that come from somewhere real and thoughtful – as opposed to from somewhere intended to entertain or gain an audience – are often the most intriguing. The Hills and the Rivers are a closely connected eight-piece band with strong family ties, and you can hear this in the trust, the unity, and the natural progression within their songs.

Showcasing the musical prowess of the band, The Hawk and the Dove creates a magical soundscape around you that offers its own uniquely layered, imaginative story-line – the details of which are left up to the listener. The Valley makes sense afterwards, the opening riff feels like a sequel, and the intimacy of that almost whispered leading voice draws you in with a striking opening line. At this point it feels as if you’re right there in the room with the band (sadly, I’m three and a half thousand miles away, but for those of you who aren’t – I’d highly recommend checking out a gig).

The album comes to a close with a song called The Magician. A simple acoustic intro warms you up for the full throttle instrumentation and compelling, all-together-now melody and story-line that unfolds. This one feels like a 60s acoustic rock-classic in some ways. A lovely way to finish, gentle but effective, memorable. And thus, we head back to the start, to listen all over again. There are bound to be some almighty lyrics missed the first time around. The Hills and the Rivers are a superb band and I’ll be wading through their catalogue of songs for the foreseeable future. Hopefully big things are on the way.