Yugeezy has released a number of tracks independently to date, each one varying creatively and in terms of its mood and emotion, but each one still adding further to the natural sense of character – to the truth that lies at the centre of his approach to making music.

wolf dawn is a superb track that’s easy to let play a few times over and not get tired of it. A mellow, dreamlike trip-hop soundscape backs up the artist’s equally calming vocal delivery and thoughtful, poetic ideas in the perfect way. There’s even a melodic breakaway to give a sense of structure and change within the journey. As a starting point for those who are new to his music, wolf dawn is a must and likely to get classic hip hop fans sifting back through the rest of his catalogue to date. The track has depth and is consistently provocative lyrically, prompting the listener to think outside the box and consider the metaphors that are at work.

The wolf cries after every kill…

soliloquy brings through more of those mellow vibes but throws in a colourful touch of jazz. You know his voice and his energy by now, there’s personality to all of this, so what’s left is to follow the lyrics along. The bars showcase a developing story-line that intrigues and fascinates. So much of modern hip hop seems to revel in talk of nothing much, but there are undoubtedly those who continue to push to keep the intelligent essence of conscious writing at the forefront of the genre. The latter is what you’ll find here. 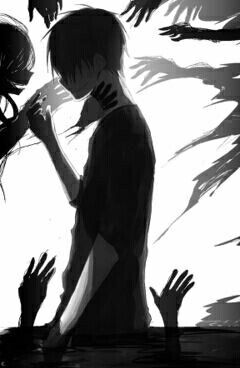 philosophize keeps the chilled mood constant but brings in a new vocal rhythm. The lyrical quietness blends into the backdrop, almost as if you’re unwillingly witnessing a secret conversation or an outpouring from a personal journal. You get this a lot with these tracks – the style feels genuine, inspired by classic and vintage hip hop, so it holds nothing back and just rolls with the flow of the moment. This makes it incredibly easy to vibe to, and when you do tune in a little more intently – there’s plenty being said that’s of interest and that reaches out to connect on an emotional, honest level.

Things take a turn for the more intense and manic as Untitled pours through. There’s weight to the soundscape, a heavy and haunting beat backs up a notably more powerful and angst-ridden leading voice. There’s darkness and conflict expressed throughout the lyrics, the tone of voice reinforces this sense of inner turmoil quite poignantly.

At only a minute and eleven seconds in length, Untitled bursts onto the scene and is over before you really know what hit you. This feels like a passionate freestyle, an artist pouring his soul and his own struggle into the moment. The lyrics talk of dreams but also of death, as if there’s a price to pay for wanting too much – though it all happens so fast you need a second and third listen just to make ends meet. This track undoubtedly stands out among the rest, but even so – that voice is unmistakable. There’s a certain realness, an unedited openness to his writing and his performance style. Hopefully the future brings much more in the way of reflective vibes and clever, considerate lyricism.