To get a full and hearty grasp of what Stoning Mary are about, listening to Filth is a great place to start. For me, as a fan of heavy, hard hitting yet addictively melodic rock music, I couldn’t turn this up too loud. The louder the better, musically speaking. If you just take an audible glance, so to speak, the music could pass for any number of classic, vintage rock bands, but it’s a brief comparison. Once you find yourself neck deep in the sound, this song in particular, there’s really a whole world of identity that is evident.

The structure of the song is a huge part of it’s creative appeal – the music swiftly but stylishly moves from rhythmic and raw, the verses, to this noticeably effected chorus section, where the vocal is something new, the guitars veer off on some rock and roll tangent, and even the drums take on a life of their own. The instrumental breaks in this track are also pretty unique – again, it’s the whole structure, the twists and turns that come within the song are so unexpected, you simply can’t just lump this into any old rock category. The track doesn’t move as expected from verse to chorus; there’s a pause, there are moments you don’t usually find in rock music, and that adds value. The verse melody of this song is one that sinks in deep as well, the benefit of which is that you can really notice those lyrics – they start to stand out more and more as the melody plays over and over, drawing you in.

The band describe the underlying concept of their music as relating to individual liberty and unalienable rights. There’s certainly a clear, political core to it, and that’s consistent throughout their expression. A lot of the lines used in this piece are fairly clever and new sounding; it’s the kind of writing that has clearly had thought put into it – the inventive rhyme schemes and unexpected terms of expression, for example, really highlight this. It’s a pleasure to be able to hear the lyrics clearly for the most part; a lot of modern rock or beat heavy music seems to overshadow lyrical content with loudness. This band have written, performed, recorded and mixed these tracks in a way that ensures that isn’t the case. 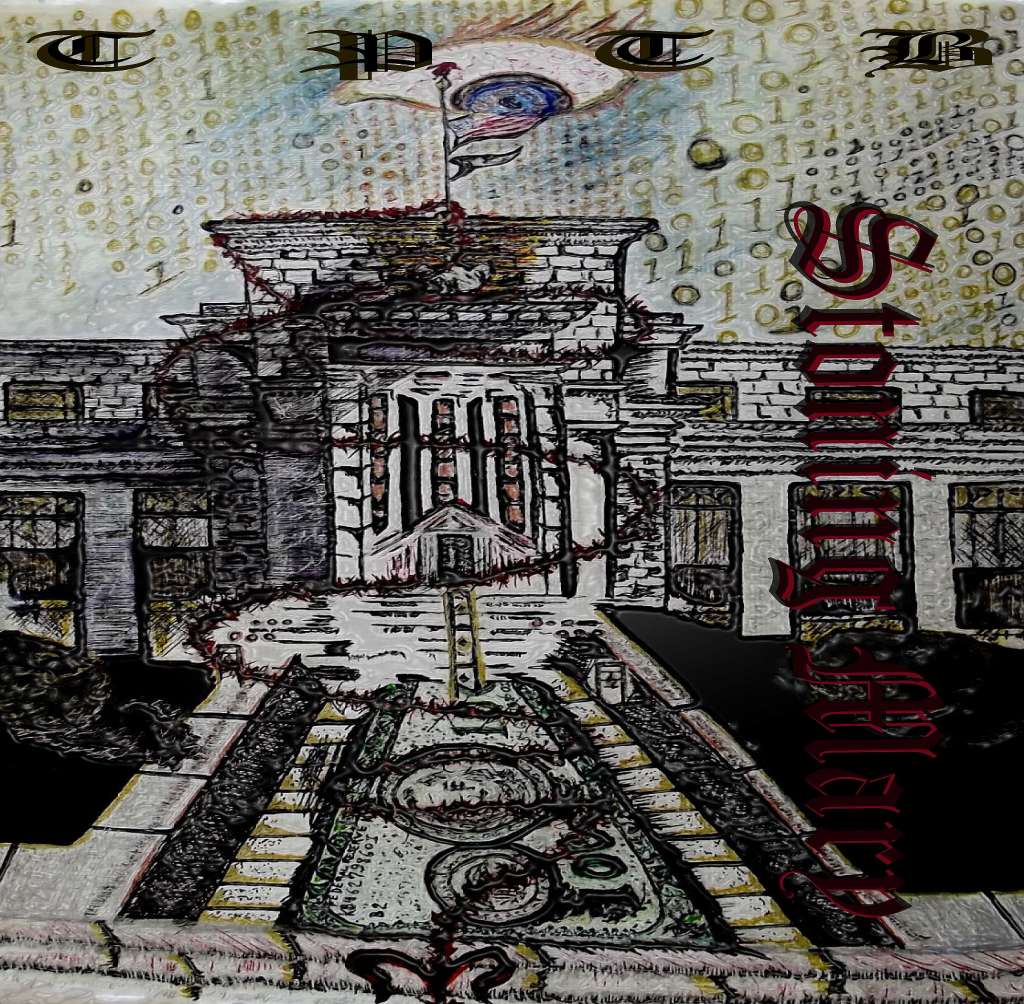 The music the band makes does indeed have a nostalgic and rather vintage vibe to it, for the most part, even so much as the generally organic sound that they seem to create with their instruments. The songs often sound like live performances, one take wonders, in terms of the of recording process. Whether that’s the case or not, you pretty much can tell for certain that what you’ll get from a live show is everything you’ve learned to love about the songs while you were listening at home.

Jackals takes the political content to another level, with a real life, spoken introduction, a gritty vocal recording of what sounds like a section of a war-time news report. The music gets a little more experimental for this track, the distorted guitar is given further character with the introduction of a fairly funk-infused wah-wah effect. The chorus, or hook section, has a lot of power to it. The melody, combined with the vocal passion, and just about the right amount of repetitions, all works well together to make it really grab you as you listen. Following this, those guitars run away with themselves again, creating this vibrant and chaotic ambiance; this world of instrumental sound within which you can really drift away.

Systemic Addiction has a massively energetic and manic introduction to it – the energy is high, falling away for the leading verse vocal, which is yet again another example of the creative ways in which the band play around with song structure. The rhythm drops down entirely for the chorus in this track, a really unusual direction in which to take the music, making it quite memorable, and yet again fairly unpredictable. Nothing has been ripped off from anywhere; the band make the songs they want to make. The track is heavy and loud, but with a hell of a lot of space within it, too. This means you can get lost in the rhythm at times, whilst also paying attention to the ideas, and appreciating the melody and the creativity. The hook is considerably catchy in this track.

The title of the EP stands for The Powers That Be, and when you really break it down; the music is consistently loyal to this concept. On the whole, it’s something for all rock and grunge fans to get wrapped up in. The songs are influenced by a range of styles and genres, but overall, this is a very new and powerful sounding collection, which draws few comparisons with much of today’s music. The output is strong, creatively and conceptually. The performances are on form, the writing is unique and cleverly constructed, and the general sound of the songs is massively atmospheric and memorable.