Sometimes you wait so long for something that really screams talent at you. The wait is over.

Hakhi Alakhun, AKA – SmartBlackKid, is a multi-talented musician hailing from Brooklyn. A one man band, artist, and producer, with an immense catalogue of superb music to share with you.

The Best of SmartBlackKid, Volume 1

The album opens up with absolute impact; a crisp, cool drum beat, seductive and melodic vocal line, followed almost immediately by the swift and smooth hit of a distorted yet stylish guitar. Overloaded with all the right melodies and attitude, there is no better way to kick off an album than with a track like ‘Stand Up’. As we move into ‘Free Thought’ our attention is drawn to the lyrical content, the themes behind the music. SmartBlackKid is not just a talented musician, he’s a refreshing modern artist with something meaningful to say. The lyrics on ‘Free Thought’ are incredibly gripping – one listen would never be enough.

‘Sell, Sell, Sell’ is another track that hints at thoughts of a much bigger nature; “they don’t want you to know the truth”. Intriguing lyrics weave in and out of this album and compel you to think outside the box.

“I’m not singing about getting the girl, or the breakup or the typical things happening in music today.” Says Hakhi, “I’m daring to sing about what’s really on my mind, the future of society and our world. I can’t be the only who cares about that.” The lead single from the album, Free Thought, is a social commentary on maintaining rights to privacy and freedom in this digital age of surveillance. (From 4PJ Music Group Press Release)

An absolute pleasure to review; stunning musicianship, professional and attention grabbing arrangement and performances, a cool, husky, gravely vocal, somewhat reminiscent of Lenny Kravitz, but with way more angst. The music has hints of a Prince vibe at times, but maintaining entirely it’s originality – you know almost instantly you’re listening to SmartBlackKid, even with the immense diversity on this album – the tempo changes between tracks at exactly the right time, the verses evolve just as they need to – superb song writing, a stunning example of artistry, and a true breath of fresh air amongst an influx of recycled backing tracks and vocal loops. A real musician. A master of his art.

The entire vibe of this album will set you up in a perfect mood for the rest of your night. ‘Labrynths Within’ and ‘Shadow’s Way’ tone things down a little, allowing you to listen to the sultry guitar, the smooth bass-line, and the enticing raspy voice of Hakhi Alakhun. ‘Shadow’s Way’ stood out a fair bit from the first couple of tracks actually; the intimacy of the song is compelling, really drawing you out of the world, away from your worries. A great song allows you to escape and relate to something much bigger than yourself. This is a great song.

‘Are You Alive’ is perhaps a personal favourite. An absolutely flawless track, sensational guitar playing, heartbreakingly beautiful lyrics and vocals, a brilliant hook, and even some smooth and sweet harmonies building it up from the background. ‘Live Again’ seems perfectly placed next to this as well; the mood has been set, and the music does not disappoint.

Alongside the perfectly crafted songs and instrumental arrangements, the emotions expressed throughout this album seem extremely varied, yet always complex, always deep. The Best of SmartBlackKid Volume 1 is a genuine collection of stunning, perfectly crafted songs, showcasing extraordinary musicianship, and a very clear sense of self. Hakhi has played his way to professional status over the years, and the experience shines through in this project. 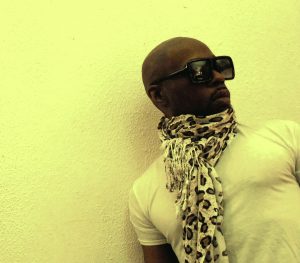 SmartBlackKid is no new player in the music game – in 2012 he released a whopping 10 albums on his Bandcamp Page (one album per month from April 2012 to January 2013) This music was an organised expression of a mass of his own private work that he had composed and collected over the space of a decade, during which time he played as a lead guitarist for hip-hop bands Bullyfoot Massive and The Low Frequency.

Hakhi summed up his choice to pursue a solo career with the following;

“..Honestly, I just wanted to hear more guitar. I want to make some noise already,”

And how glad we are that he did. If noise at all, it’s beautiful noise; creative, complex, non-conforming, charming noise. Really great music, an absolute gem – so much lies ahead for this artist.

Help give great music the support it truly deserves – Follow SmartBlackKid on Instagram, Twitter, and Soundcloud – Visit his Website – And keep an ear to the ground for a live performance in your area sometime soon.

2 responses to “SmartBlackKid – The Best Of, Volume 1”