There’s very little available at the moment that quite compares to this release from Copenhagen’s Scandic Tribe. Intro lays the foundation for the project out beautifully, surrounding you in a delicate acoustic ambiance and a string of inspiring, hopeful ideas, expressed by means of a softly performed, spoken word segment. The band’s light only grows brighter from here on in.

Dusty Sunrise follows, bringing about a more solid representation of the rock core that is the Scandic Tribe sound. It’s a beautiful track, not heavy or loud or intense, just a well written and notably emotional, honest song that has been creatively and professionally captured.

Only Time Will Heal showcases the true musical abilities of the band, beginning with a stunning yet simple guitar riff, evolving later in to a fairly high energy and impressive display of indie rock with a once again open and deeply human centre of songwriting. There’s something quite nostalgic about this music, it comes with a touch of colour not dissimilar to the set-up featured on any number of queen songs. There’s also a lot about it that is refreshing though, the leading vocalist adds a level of realness that really melts your heart.

Heaven furthers the band’s impressive use of simple yet emotionally effective riffs. The contrast between the almost acoustic delicacy and the later distorted weight really gives the song power. The further you get into this project, the clearer the pictures become – the better your connection to the artists behind it, and the brighter and more uplifting the music becomes.

Revolution Of Confusion is one of many tracks on this album that really scream out for you to play it loud, possibly while driving across country – for the full effect. The space between the intensity works brilliantly, the verse melody is simple yet hypnotic, as are the guitar riffs, and meanwhile – the drum line has a certain care-free, mellow mood to it that stylishly and confidently captures your attention.

Next up is Life Is Good, an important song and beautifully presented. The guitar sound is stunning, simple, spacious, the leading voice is delicate and emotional, the lyrics and the melody remind you of the important things – they remind you to be grateful, to search for the good in everything. The development within this song is fantastic and the chorus really stays with you after listening. 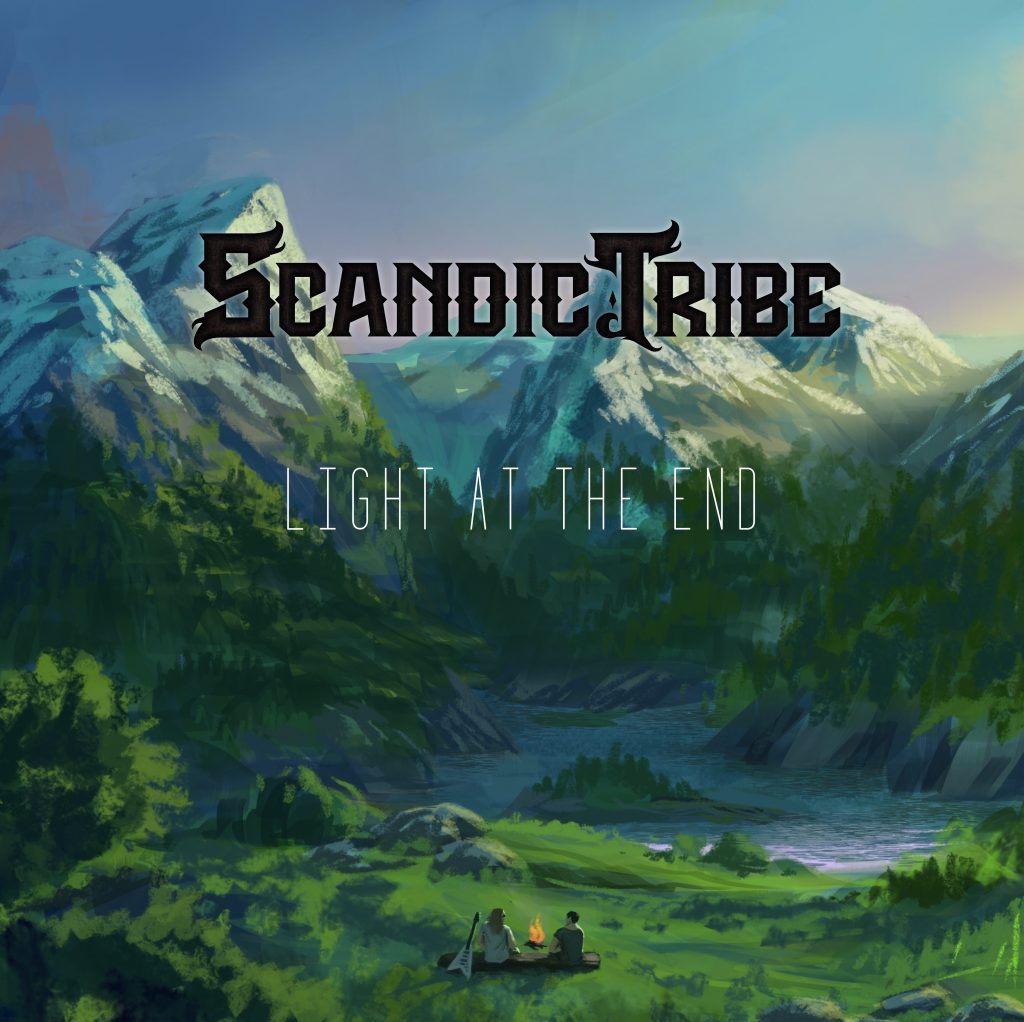 The album’s title track offers up a distinctly characterful soundscape, amazing musicianship, another powerful yet smooth and addictive melody. By this point you’re likely to have fallen hard for the sound of the band’s creativity – you’re following the genuine passion of their leading vocalist’s delivery along as if it really is guiding you towards the light at the end of the tunnel. This particular song has a certain classic softness and swagger that fuse flawlessly.

Angel follows, an impressive, Little Wing-esque guitar part introduces the moment, the atmospheric yet organic ambiance surrounds you. It’s a gorgeous few minutes of music. Scandic Tribe offer up something really special and this entire album is a blessing to have play for you.

My Sweet Baby Valentine revives that indie-core, with simple melodies and a deeply personal concept. This rock-ballad, as it were, makes for a calming moment at this point within the project. There are numerous occasions during the listening experience when it feels necessary to point out how perfectly relevant, inspiring and uplifting the music is. Really though, the album in its entirety is where the value lies. Every song adds further to the optimism and vibrancy of the completed release. Heroes is an absolute gem, but in all honesty – so is the rest of the album.

Sad Time II marks the end of the album. A seductive and stylish electric guitar part guides you into the mix, then the lyrics set the scene – complete with equal parts imagery and personal revelation. The song feels anything but sad, the music holds tight to that hopefulness that is the heart of the project, though the lyrics conjure up considerate ideas that really leave you thinking things through. A touch of saxophone really finishes things of beautifully.

This album is an absolute recommend. The creativity is pure and colourful, the production is flawlessly crisp and enjoyable. A live show would most probably make for a superb evening out.