The artwork and indeed the opening track on this album outline its authenticity from the offset – the latter in fact welcomes the listener into the journey in a very genuine way. It makes you want to hear the music, it makes you look forward to it and actually perhaps pay more attention to the details and the words than you otherwise might. Rkham offers his truth throughout the project but to introduce it in this way works beautifully, so Who I Am comes in with warmth and weight – you get into the groove pretty quickly, and you’re already familiar with the sound of the artist’s voice and his deeply thoughtful nature when writing.

Musically there’s an optimistic lightness to this album. Rkham’s approach to hip hop comes soaked in a folk-pop aura that means you also get plenty of brightness and melody intertwined with the rap verses. Release is perhaps one exception to that rule though, a notably darker, more melancholic piece. The simple piano part contrasts with the rapper’s intensity in his performance – the flow is quick, the vocal varies depending on the emotion; you can hear that he’s caught in the moment and the song connects for this reason. Forever Love (Feat. Connor) follows and brings in a joyful jazz-hip hop vibe, chilled out and easy to let play. Both artists are clearly on a shared wavelength so the piece flows well.

Not Okay continues the thoughtful exploration at the heart of Rkham’s work. A slightly more modern hip hop and RnB aura emerges, feeling firmly rooted in today’s sound – though still there’s a touch of trip hop to the outer layers of the soundscape. Rkham isn’t afraid to appear vulnerable in his openness, and that’s something well worth appreciating as a listener. Last Goodbye furthers this and again the piano and the vocals work beautifully together – entrancing you with the story-line and that ongoing honesty. 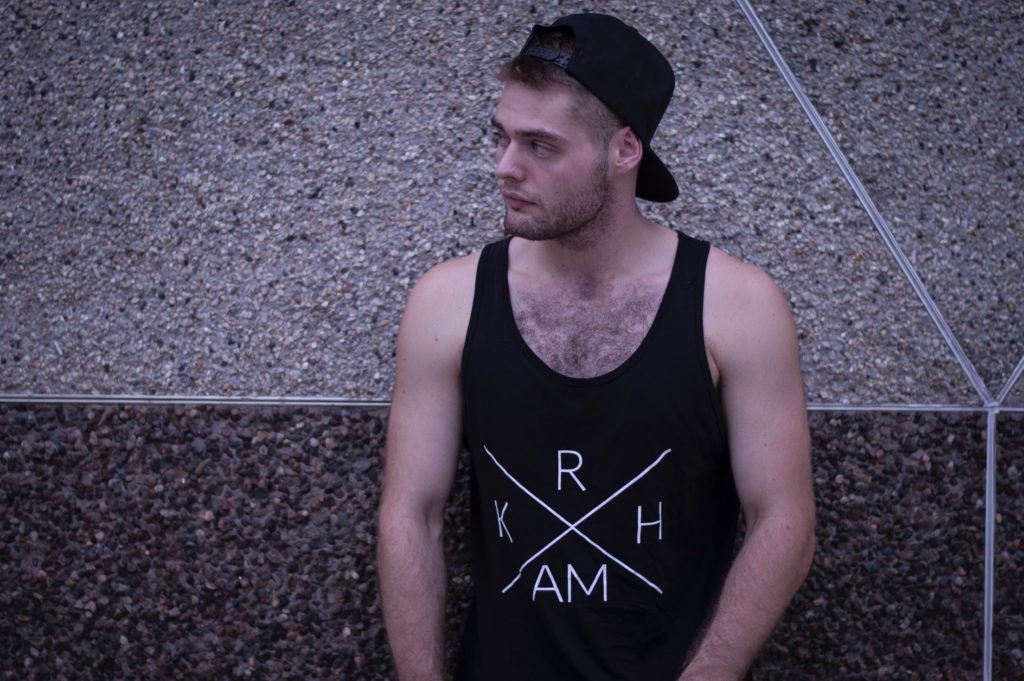 A hit of power emerges with the electronic rock and heavy beat of Another Round. The song stands out for its fullness and the simplicity of that slightly ear-worm-like hook. This song also features one of the most impressive rap flows of the entire album, as well as an enjoyable set-up that keeps on evolving and works well to hold your interest.

All My Days (Feat. Eric Norman, Kauai) takes things down a slightly Old Skool pathway, the feature offers a superb performance and the backdrop has a jazz-cafe aura that works well alongside of these lyrical outpourings. The song’s hook connects and is memorable in a smooth and subtle way.

At the penultimate hurdle, Life reintroduces the Rkham from the intro – with the spoken word, the freely expressive, stream of consciousness style of lyricism. The musical backdrop and the vocal effect prove further that simple creative touches can be perfect as long as the sentiment and the subject matter is being expressed in a genuine way. There’s a peacefulness to the music and a passionate energy to the vocal performance, creating a striking contrast that lets the message really sink in.

Ink follows and wraps things up in precisely the way the album began – a simple freestyle, a performance (not merely a read-through of some ideas). Rkham clearly has a natural connection to this art-form. Something tells me there will be plenty more to look forward to from him as 2019 steps into view.