The unmistakable sound of Mike LePond’s Silent Assassins returns this year with an explosive new project entitled Pawn and Prophecy. The band somehow manage to fuse rock and roll theatrics with chaotic heavy metal and addictive melodies, and it works. Masters of the Hall as an opener is all of this, the musicianship is insane – the guitars and undoubtedly the drum-work is out of this world. Meanwhile, the various sections of the song work hard to captivate until the very end – the structure, the changes, the evolution, the drama; this single track is like a short film in itself. The song hits hard but it’s also incredibly satisfying from a musically comforting perspective – multiple layers of colour, passion and detail work in unison to craft something mesmerising. A perfect way to kick off the new album.

Black Legend fires up second in line and bursts into hard rock vibrancy with equally impressive, entrancing guitar work. The vocals drive the classic rock essence of the song on top of this – every element is a performance, so the whole album is like a show; and you just know a live production is where the real fire ignites. Nostalgically satisfying riffs and chord progressions pave the way here and make for a track that’s easy for the classic metal fan to love. Antichrist follows and fuses these same qualities with a newly expressive, long-form verse melody and story-line that fascinates and entertains. The potential live show energy at this point screams out for you. Poetic musings within the lyrics are just another thoughtful detail that adds more in the way of keeping things feeling fresh with each new revisit.

I Am The Bull is a uniquely creative song, one that drives with a minimalist aura in the beginning – impeccable musicianship, as always; heartfelt and delicate in this case. There’s an incredible amount of character to the track – the bass, the stop and start, the light and the dark, the calm and the chaos. If the album is a series of paintings then this is the point at which the colours get thrown passionately at the canvas amidst a rush of adrenaline. 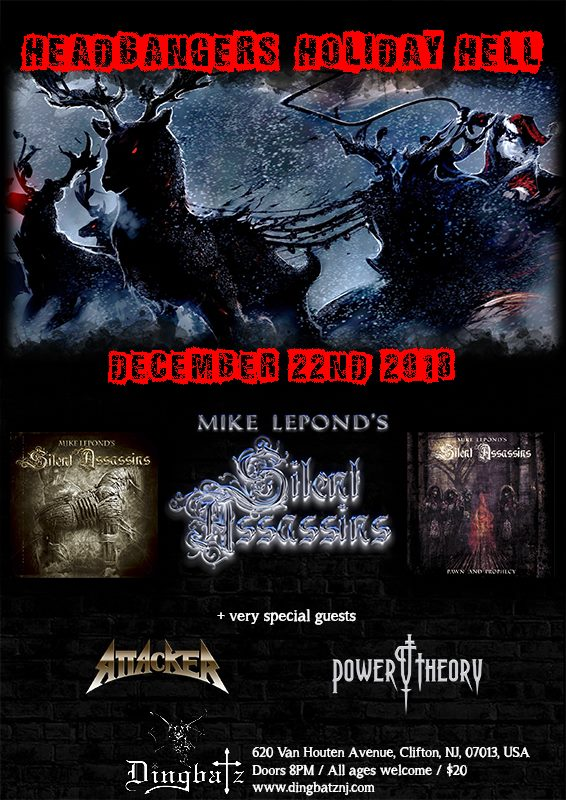 Avengers Of Eden feels anthemic from the offset, the chorus of voices for the hook, the melody itself – it’s all very uplifting, energizing, and musically it shouts out in favour of togetherness; something real rock music always does so well. Stand back in awe at yet another impossibly manic guitar solo – never over-done, always incredibly rhythmic and relevant to the moment; a rare trait and one worth appreciating. Hordes Of Fire follows with quick power chords and doubled distortion to lay out a classic head-banger.

Things take an unexpected turn for the gentler and more intimate as The Mulberry Tree starts to play. The acoustic energy is refreshing, and as if you needed more proof of the band’s abilities as musicians – this just about confirms it as something that crushes all forms of performance and always shines brightly. Perhaps it’s the contrast with what came before, but the melody and the vulnerability in the voice and the instrumentation here is beautiful. The sound is very much still MLSA, but the set-up is new, and there’s value in that breakaway. The poetry stands even taller in this kind of arena.

The album’s title track brings things to a hard and heavy finish – one that takes a whopping twenty one minutes to unfold. The track paces itself, building the experience brick by brick. There was a flicker of traditional folk or medieval musicality in the previous track and this one brings it in a little more so. The familiarity of the riffs and the energy here is sensational – an absolute work of art and something that would blow the roof off at a live show. Contrast again is utilised perfectly, the fall back to the soft vocal melody, the space, followed by the recapturing of vibrancy from earlier. This is the sort of journey you need to embark upon way more than a few times to truly know and realise its immensity.

It’s been a while since a rock album offered so much in the way of creativity, theatrical structuring, passion, flawless musicianship, and fascinating scenes. This is the kind of project you play on repeat, mastering every element in your mind before perhaps attempting to replicate some of them as your inner musician pushes for freedom. A quality release and a further testament to the unwavering skill and energy of Mike LePond’s Silent Assassins.