It’s a great pleasure to hear something fresh from Kathy Muir in such great quantity. This album slams into action in the best possible way. Arrangement is important, in both songwriting and when putting together the final choices in the final order. Lucky One is the perfect way to begin. The rhythm of that acoustic guitar has a hypnotic and energizing effect. Instrumentally mixed to a flawless level, everything sits wonderfully as you listen, and there’s an instant certainty of the quality of the songs, the performances, and the production that will follow as you progress through the album.

Better Man steps forwards next and reminds you a little of the classic Kathy Muir sound from earlier projects. The acoustic guitar creates a softness and lets you really focus in on the song. This one also tips it’s hat to House Of The Rising Sun, which is a welcome and enjoyable surprise during the second half of the track.

Simply That is another moment that really helps highlight how effective an album can be when the songs are arranged in a way that contrasts and compliments those surrounding it. This song drops back even further, a huge vocal performance for the singer, a massive moment of music that feels like it has much more going on than just a voice and a guitar. You can almost hear the big band backing it all up in your mind. The feeling of openness really comes through at this point, the vulnerability of the voice in such a minimal setting, combined with the honesty in the lines, the passion within the reaching for and holding of notes – it has the strength of a classic jazz & soul ballad, and it works really well within the context of the whole collection.

The album on the whole gives off a warm and calming sort of atmosphere. It’s an array of folk songs with a pop-production polish that you can consistently rely upon to fill the room with beautiful and enjoyable music. Honey Child is a moment of melodic bliss and conjures up pleasant memories of The Pretenders or even The Corrs at times. Then you get Stop Messin’ Me Around, which throws you into a funk driven and jazz drenched whirlpool of rhythm and good vibes. The song has a sense of independence to it, the theme is of the ultimatum, the end of being treated poorly, and the music reflects this independence and this attitude superbly. In a way, it fills you with self confidence as you listen, and that’s a great thing to hand over to an audience. 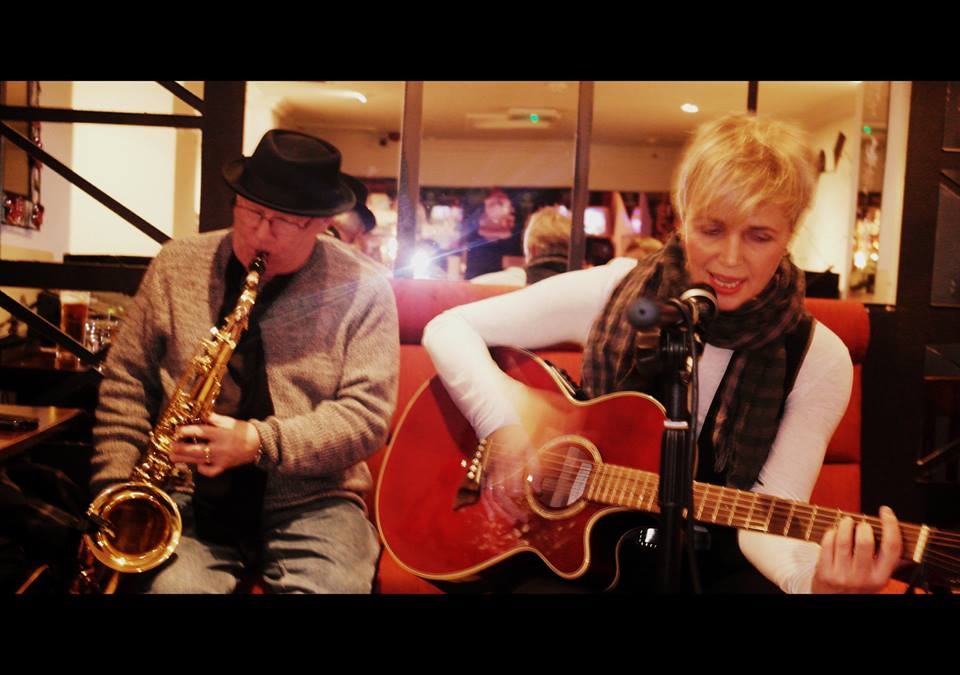 There are more than a few moments of masterful songwriting on this album, and although I’d always stress the value of the album as a whole, as an entity, most of the songs could capture your attention in their own right. I Want To Lay Down is no exception, it bears listening to more than once or twice to really soak it up, and then Born By The Water, immediately afterwards, showcases an impressive fusion of rhythmic energy and calm, reflective, peaceful imagery. The rhythm is fantastic, these more upbeat moments appear every now and then on this album – the result of which is a really effective playlist with just about everything you could hope for in an evening’s listening.

The album Second Life also includes the beautiful song Like Warriors, which I reviewed back in January, and was in fact the very first Kathy Muir song I ever heard. It was said then, and it still stands now; you really won’t find a bad song by Kathy Muir. The variation within this latest project keeps it captivating and interesting at all times, and the warmth of the songwriting and the sound of her performance holds everything just where it needs to be in order to really reach and affect you.

As things come towards their close, the beautiful, jazz infused softness and emotion of Troubled Town pours over you. This song is an incredibly mellow piano ballad with a real touch of soul. The song seems to flicker between the sorrowful and the joyful, the verses appear right there in the moment with you, doused in a happy sort of sound, and the same goes for the initial hook. The middle 8, however, seems to reflect something a little further away – a distant shadow of difficulty, perhaps. What’s also interesting about this song is that you really can’t see that middle 8 section coming; the song would work just fine as a jazz performance – veering off in whichever direction it pleases, as jazz does – but this added section really mixes things up. It reminds you to listen, to think, and shows you again the creative and compelling way in which Kathy Muir writes and structures her songs. It’s also yet another stunning vocal performance, a minimalist piece of music, but with great power.

What follows is the album’s title track Second Life, which opens with an unexpected and rather jaw dropping a Capella performance with simple yet effective harmonies. It provides an overwhelming and captivating sense of truth and reflection – advice, ideas – a summary, in a way, of what’s been learned. A warm layer of strings reinforce the strength of these final musical moments, but what drives it is how believable and genuine the performance sounds, and it’s one that is likely to leave you feeling like you’ve really just experienced an album of great personal depth. And then, when it’s all over, you get to head back and listen to Lucky One all over again, and re-start the whole experience from scratch – this time with a little knowledge of the lyrics and the melodies to soar along with.

It’s a really strong collection, thoughtfully and skillfully put together, and a great record to relax to at the end of a long day. Listen to the album in full below, or head over to Spotify, iTunes, or Kathy’s Website to listen to and download the tracks. Find and follow her on Facebook, Twitter, Instagram and Youtube to stay updated. You can also visit the artist’s Photography Website for further artistic endeavors.