Stickfolk Dream Pt.1 kicks off this project from songwriter John Clark – a dramatic and haunting way to begin, setting the scene effectively for the colour and chaos that will follow, though leading you astray somewhat when it comes to the joyful acoustic delicacy of the following song Hoppy. Nothing is ever quite as it seems on this album, there’s plenty to appreciate and escape to – plenty of stories, melodies, enjoyable soundscapes – but things change and evolve so unexpectedly that it makes for far more of a trip than the average indie songwriter compilation.

Hoppy is a beautiful song, hopeful and sad all at once, acoustically and musically real and organic, presenting the leading artist’s voice in a gorgeously calming manner. From here on in the folk-esque energy and character of the songs fall a little more in line with your expectations; only a little. The instrumentation feels familiar, but the riffs, the ideas, the stories, the mood – everything else continues to follow its own uncontrollable, meandering pathway through the mind of the creator. The Insect Inside is all of this and more, moving from the manic and musically skillful to the much more mellow, reflective and forlorn – all within the space of just one track.

The musicianship on this project is superb, as is the creativity. It’s the perfect meeting of the bizarre and the skillful, the unknown and the ever-impressive. These two elements alone make for something refreshingly new and interesting, but it’s also worth pointing out how professionally captured every track is. The emotion and skill of the moment has been encapsulated flawlessly in each instance, creating around you these mesmerising, baffling, provocative soundscapes. Bugs In My Skin is a stunning example and something of a masterpiece, in my opinion. The journey the audio takes you on is wonderful, weird, powerful, and impossible to predict.

Things take a turn for the slightly more stylistically familiar with Magic Walking Stick – musically speaking – the instrumentation is phenomenal, fusing the energy of country rock with the softer side of experimental indie and folk. The performances are so brilliantly crisp and satisfying, seemingly exploding into life right there in the room with you. The music in itself, throughout this album, would entertain the majority of audiences. The added benefit is the impossibly unfamiliar story telling and scene setting that emerges with each and every track. Despite the blissful ambiance of the music and the sheer emotion of that leading voice, these stories stand in stark contrast with everything you think you know. Squirmy Hermes: A Snail Tale is an ideal example. You begin to connect with the humanity and passion of these songs just moments before you begin to question their every intention. It’s a genuinely unique experience. 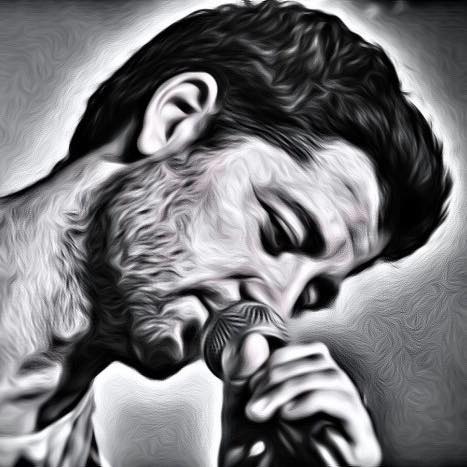 As the album progresses, the musicianship continues to bedazzle. So many moments are creatively and skillfully on point, the riffs and melodies are consistently fresh – nothing comes through as familiar, there’s actually very little to compare this to. In addition to the music, there’s a continuous exploration of fictional ideas that provoke you to consider things more intently. The light-hearted nature of the songwriting seems to have so much grit and raw energy about it that you convince yourself there’s more to this than the simple pleasure of imagination. And yet, that should really be enough – so few artists truly utilise this when creating new music.

The entire album is a hypnotic and repeatedly approachable collection that invites you to be a part of it time and time again. On every occasion the music works its magic once more. There are certain moments that stand taller than others, certain lines that linger with you, certain musical performances that beg for you to replay them to be entranced for a little longer – but even so, the album as a complete entity is where the true escapism lives. The mid-section of the project presents a series of heavily instrumental tracks that magnetically draw you right into the centre of their expression. My Hearts In You sees a notable shift away from this colourful chaos, presenting a surprisingly gentle and personal song, acoustically led, written with love and loyalty. It’s unexpected, but so is everything on this album, thus it makes for a deeply real and heart-breakingly beautiful moment.

Hoppy’s Song offers up the penultimate moment of the project and reminds you of certain threads of personality that run throughout the collection. John Clark’s style of writing is unlike anything else around right now. Everything from the lyrics to the soundscapes to the structure of each of these songs – all of it is new and unusual and exciting, and so flawlessly captured and produced.

Stickfolk Dream Pt.2 brings things to a calmly acoustic finish (though not without a touch of distant electronic distortion). Again, the purity and beauty of this song arrive as completely unforeseeable. The journey that is this album is perhaps representative of that through life – bizarre and beautiful, complex and colourful, calm and manic. Or, on the contrary, perhaps it is simply representative of some other plain of existence that lives, for the most part, in the mind of the artist who made it. In either case, this is one for the long term playlist – the entire album – well worth listening to at least a few times over.