Derek Goodreid’s follow-up to God, The Devil and I bursts into life with the title track Feel It and immediately fills the room with a distinctly raw rock and roll edge. This is about as close to the live show as you can get with a recording. Goodreid pours his soul into the performance, the passion and the sheer degree to which he loses himself within the music is immense. There’s a classic and authentic aura about this opening track and it paves the way for what follows in a fitting manner.

Elsewhere on the project, musically organic ambiances surround you as the artist’s Americana-like story-telling and observations seek to enthrall. Damned is a song that feels that way initially, familiar and nostalgic, then as you pick out the lyrics and certain lines, there’s just as much here that’s unfamiliar as recognisable. The balance works well and the simple blues-rock rhythm draws you in regardless.

Thief is a song with something of an experimental set-up, the track feels chaotic and free-flowing, almost like a long-lost, late-night recording – a moment captured at the height of energy, emotion, and musical intoxication. Goodreid’s voice reaches new heights in so many ways on this project. He holds nothing back, and this gives it a very free feel – something many genuine rock fans will find greatly appealing. This song stands out for its structural beauty, the latter half varies intensely to the first, and the splash of reverb-soaked, distant saxophone that finishes things up reminds you of the artistry and heart of the release.

Same Old Love offers one of the most memorable riffs and melody-lines of the whole album. This song is an easy must and a personal favourite, the swagger, honesty, and raw vibrancy of it are quick to connect with the listener. You Are No One Until The Wolves Dine On You follows and re-injects a little grit and pace into the experience. The guitars and the drums roam free, seemingly hand-in-hand but loaded with their respective levels of individuality at the same time. The concept is fascinating and moments like this open your eyes to various other depths within Goodreid’s songwriting. He undoubtedly uses every building block within these songs to express certain ideas, not just the lyrics, but when you focus in on those lines some of them hold a lot of intrigue and strength. 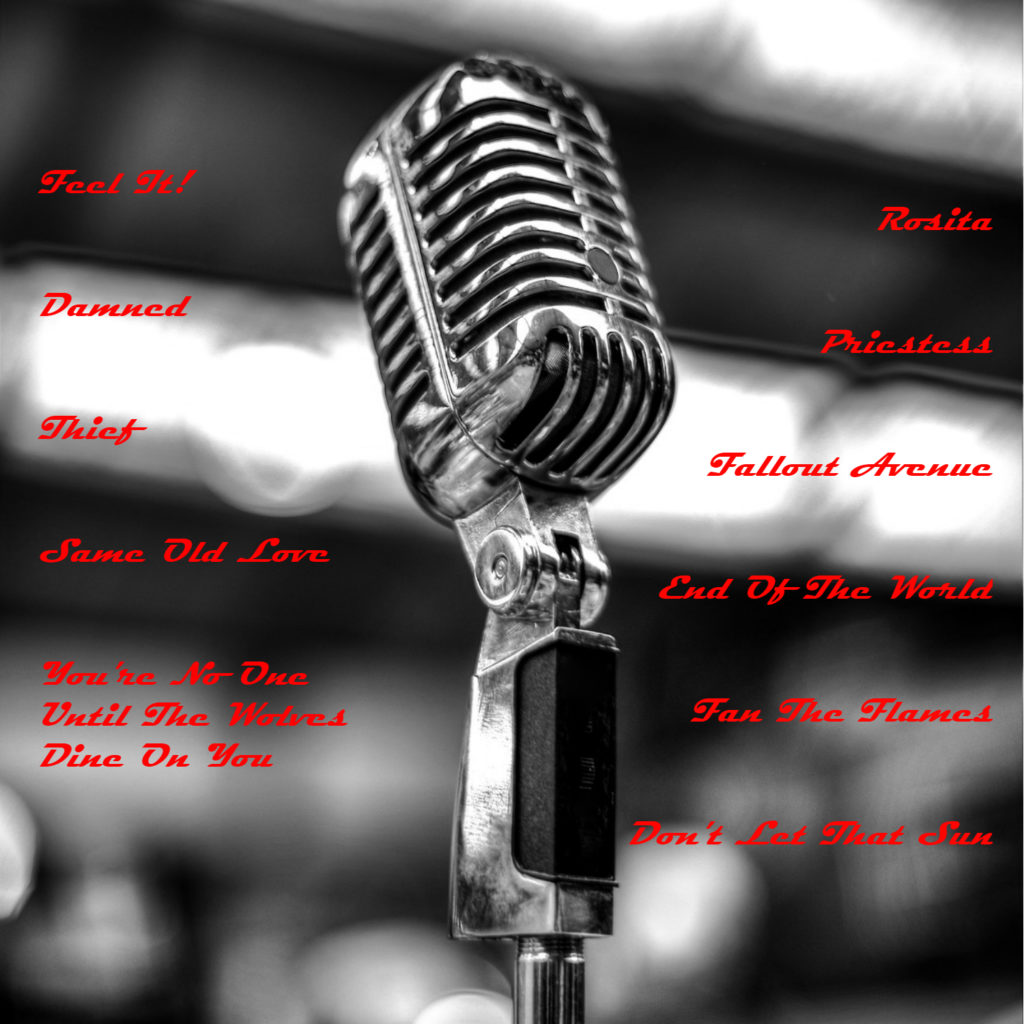 Rosita sees softness and flickers of jazz return, a surprisingly delicate and mellow piece that lets the artist pour his soul into the moment without the comfort of a thick wall of instrumentation to hide behind or indeed hold him. The intensity and emotion grow throughout, feeling like a soundtrack to a Tarantino scene. Priestess afterwards storms back in with that structural precision and theatrical make-up from before. This song is incredibly expressive and striking in being so.

The indie-rock anthem side of the songwriter hits the stage a few times throughout this album. Fallout Avenue is an example, feeling partly punk-rock and partly Elvis-inspired, creating its own thing in the process. End Of The World follows and proves to be another favourite. There’s something very real and almost vulnerable about this one. The instrumentation is fairly minimalist, there’s space, the voice is distant but somehow right there with you at the same time. The guitar work is colourful and hopeful, as is the melody, and all of this contrasts brilliantly with the doom and gloom of the song’s concept. A perfect juxtaposition and a definite highlight.

Towards the final moments comes a song called Fan The Flames, not the first example of a track that makes you think a live show is where this music would really mean something mighty to you. The guitar work and the rhythm, and as always – that passion – all feel both classic and refreshing for their realness and their complete lack of concern.

Don’t Let That Sun marks the end of the show. A well-placed acoustic offering that mellows things out with a loving declaration and a very pure, poetic piece of writing and music – all in all adding a lot of value to the collection. The relationship within keeps that realness alive, and the gentle energy of this one fits the final curtain well.

Derek Lee Goodreid puts so much of himself into these songs, but he does so without letting that oversee the accessibility and wider appeal of them in terms of the raw musicality. It works for you just how you’d want it to, and that lo-fi fuzz throughout lets the classic atmosphere of the project shine even more brightly. The title fits like a glove, you don’t just hear this album – you feel it.