Contrabland’s sound and indeed their entire presentation online – throughout their website and videos – is of a distinctly busy and brightly coloured nature. The opening track on this album (along with the artwork) lays the foundation well. Those opening moments present vintage snippets of voice and audio that feel chaotic but welcoming, and the words left lingering at the end – the fight against mental illness – have a certain, perhaps juxtaposed, poignancy about them.

American Idle is the first track to present that band’s full throttle musicality and it does so in a fitting, brilliantly energetic way. The display is fairly raw, you feel as if you’re at the live show, maybe down at the back – there’s a lo-fi muffle to much of it that adds to this nostalgic, 90’s rock aura. Old Fish / Rainbow Trout follows and is easily one of the most enjoyable tracks on the whole project. The set-up and the switch from the manic to the more mellow moments is brilliant. A definite personal favourite. The voices sound fantastic, gritty and united in this weird, free-flowing ocean (excuse the pun) of togetherness.

Hollywood is equally brilliant, the sheer mood created comes through soaked in nostalgic, emotional vibes, and there begins to appear a pretty clear string of ideas that hold the whole playlist together. The guitar riffs and the melodies are wonderful, it’s fuzz-heavy and thick and up front, but there’s so much going on among that. The final moments have a hypnotic, calming effect for their overwhelming energy and volume – you forget yourself as it plays; energizing escapism at its best. 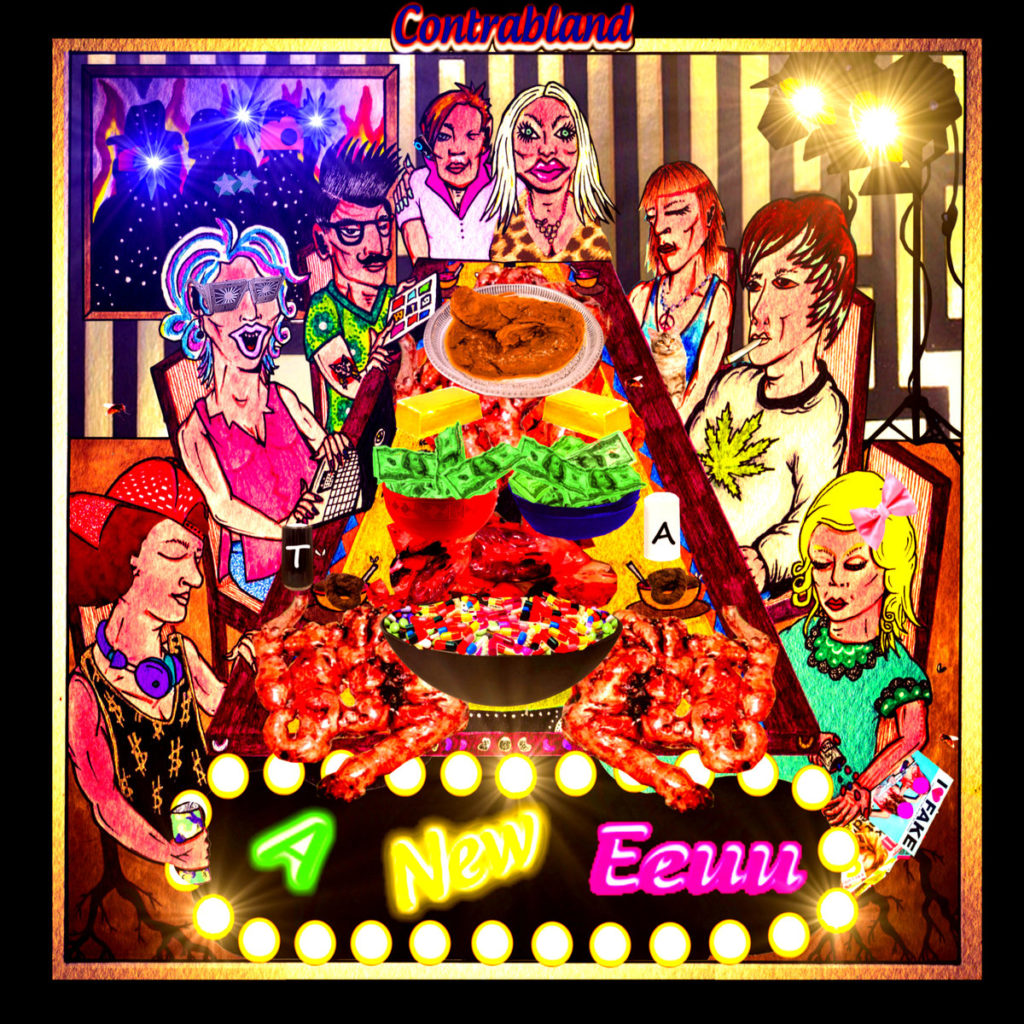 Elsewhere on this project, there are numerous snippets of the past, references to the present, and ideas that provoke a certain level of thought about the future. Contrabland have had fun with this but they’ve also maintained a definite level of relevancy regarding the underlying sentiments. Every building block has been thoughtfully crafted and included with intent.

Without overloading you with far too much detail from a track by track angle, there isn’t a song on this album that disappoints. On the contrary, every new step offers something refreshing and blissfully all-encompassing. I Don’t Like You Anymore is stunning, vibrant and fast-paced, honest – and unapologetic in being so.

The energy, and musicianship throughout the project is incredibly impressive, so much so that you may question what speed you’ve set your streaming to. A live show from Contrabland would likely bring through that fresh, expressive, energetic indie-rock and punk-pop edge that has so notably been missing from modern mainstream music lately.

Mixing things up a little is Boy Toy – intriguing, a thick bass-line and compelling story hold you captive. And as the album approaches its end, the band show no signs of slowing down. Hey You has a mellow glow about it, but the guitars and the drums are no less hyped and striking. You gather a greater understanding of the intentions of the project as the songs pour through, the mood of the music and the raw, gritty presentation style feeds into this further. Eventually, songs like Jaded Generation lay it all out in plain view.

The band express their observations in a fitting way, the soundscapes accompany the concepts pretty flawlessly – this left-of-the-social-norm aura. They’re not in your face with views, these are indeed just observations for the most part, but it’s all very cleverly crafted, and the music soaks you in a manner that lets it all feel very real and quite inescapable.

Dance, Monkey, Dance marks the end of the journey. A classic indie-rock anthem emerges, a reverb-soaked leading vocal, passionate and powerful, fast-paced and straight to the point. The hook is everything the title implies, it repeats at such a pace that you can’t help but move to it or join in – a fitting response to such a concept. Contrabland have ideas for miles and their music underlines these in a gorgeously alternative, hard-hitting way. This album is loaded with melodies, riffs, hooks, raw energy. Well worth a download.