Climbing Up the Walls - A Blotted Mind - Stereo Stickman

Noting Radiohead as heavily influential on their music, Swedish four-piece band Climbing Up The Walls fall rapidly down the creative rabbit hole for this album, and it’s a beautiful thing to witness.

A Blotted Mind is a title and implied concept that in itself appeals to a certain sort of troubled soul or deep thinker. As you listen to the music, the band perfectly feed into that type of mindset. Opening track Essence surrounds you with ambient instrumentation – an arena of blissful sounds and energy, followed up with a stunning touch of melody and a fairly minimal presentation of their united voices. However, to be led to think this is a single track race would be foolish.

Thoughts follows the opener with the explosive indie-rock energy of a totally alternative, heavy realm of artistry, complete with chaotic guitars and a much louder, notably more chant-like, passionate leading voice. As the song progresses, the sound seems increasingly real – almost like a live performance. The melody is quite haunting and the manic guitar parts (and the lyrics) add to this effect. The ever-thinking, whirlwind state of mind continues to explore and simultaneously satisfy.

Hypothalamus offers one of the album’s most memorable melodies, alongside of a captivating, cascading electric guitar riff, and a sort of back and forth between intensity and delicacy. A hint of classic rock and roll, as well as something a little more folk-songwriter inclined, comes through here. It feels like a meeting between the sound of the sixties and some alternative sound of now. The instrumental drop or break is brilliant. A live show would be immense. 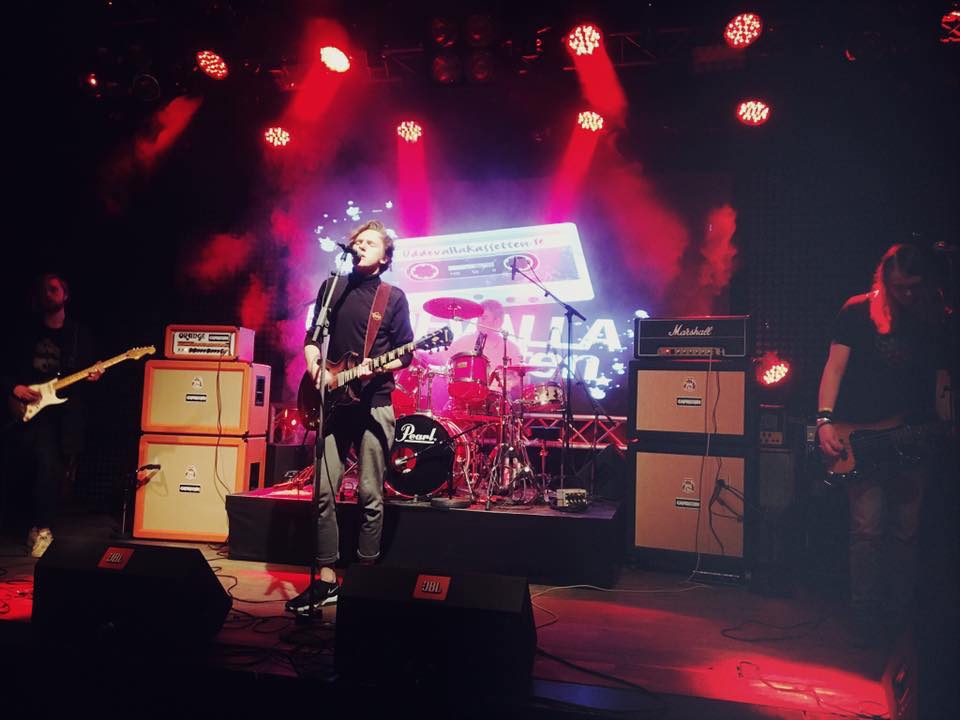 Arrangement is important, particularly in an age when the idea of the album is often slept upon. Just To See You Coming is a song that arrives at the perfect moment within the collection. This is a definite personal highlight for so many reasons. The rhythm of it, the hypnotic sense of movement, the softness, the melody, the chorus of voices, the heartfelt nature of the lyrics, the rising energy, the chord progression. It’s a beautiful song that mesmerizes if you let it. There’s even a superbly unexpected touch of saxophone.

Tried To Breathe follows on with an even more laid back aura, though the mood is slightly melancholy now. The spaciousness here compliments the distant vocal melody and the acoustic guitar sound beautifully. The band show themselves to be far more than a stage rock ensemble – there’s emotional and creative depth for miles. The Radiohead comparison is quite clear, but there’s also something wonderfully fresh about it all. Poems underlines this further, a stunning moment of stripped back, raw performance and writing. The leading voice seems up close and personal now, tired, almost whispered. Once again the energy slowly rises as the song pours through. There’s gentle poetry in the lyrics and this works well among the setting – the imagery, the short, concise lines. The beat increases in a manner that feels like a fast moving train, again reflecting the inherent ideas in a magical way. Structurally the whole thing breaks every industry rule and freely creates something new and endlessly enjoyable to embrace.

This is a project that grows closer to you and more impressive, musically, the further along it moves. Venit Hora is a total step in an unpredictable direction. The band craft their soundscapes depending on the feelings involved in the story-line or concept of each song, so what you get is much more of an audio experience than a simple display of musical ability. It’s fascinating and compelling to listen to.

Forging comes afterwards and propels you into some other realm of audio and existence. The acoustic guitar riff returns, that soft rock vibe lingers alongside of a synth-soaked ambiance. Everything steps onto the scene one by one – the bass, the drums, the melody. It feels completely organic and genuine, and it makes for a powerful penultimate moment on the project.

At close to six minutes long, Forging further exemplifies the fact that the band create what needs to be created; not what they hope an audience will respond to. At the same time, they succeed in giving you what you want – the freedom, the freshness, the character, the honesty, the connection. This song is mighty and reflective in a deeply human way. The instrumentation explodes into a whirlpool of psychedelic madness towards the end, really surrounding you with colour and passion and strength.

Things come to a close with the gentle and again organic tones of Obstacles. The melody and the performance here are sensational, subtle yet effective, undeniably authentic, mildly reminiscent of the acoustic rock sound of the nineties, but at the same time completely refreshing and hypnotically calming. Climbing Up The Walls are a totally unique band right now- this album is something of a masterpiece. A pleasure to discover.