It’s quite relevantly been just over a year since I first explored Chaz Hearne’s collaborative release with Alex Gilewicz, entitled The One Year EP. The songwriter’s latest project includes an opening collaboration with Alex by means of the gorgeously organic and passionate Arrival. The familiar rawness of the sound comes through with a welcome touch of nostalgia, the comforting feeling that all will be well within the walls of this album; the songwriting is the sort that you can rely upon. The high expectations prove to be on point, however the songs that follow are far from predictable. Featuring The Goodmen as his eclectic and talented backing band, Rise Of The Voluminous is a striking new project from Chaz Hearne.

Moving on through the collection, there’s a lot that is completely fresh and unexpected. Fun in ’82 immediately switches the energy up to a more funk-rock level, soaking you in rhythm and meandering melodies, even a slightly Bowie-esque vocal performance that both entertains and provokes thought in an effective and memorable way. The hook hits you almost instantly, the two contrasting vocals enhance the effect and add a further shine to the sound.

Voluminous Man underlines even more-so the eclectic and unpredictable nature of Chaz Hearne’s songwriting and musical desires. The soundscape here is wonderful, creatively vast and structurally detailed in a way that keeps your focus intently on the progressing story line. The leading voice sounds different, the instrumentation is different, the harmony has a touch of familiarity to it, but everything else is in a world of its own. This song has power, the sort that begs for you to play it loud. A definite highlight, teetering between the softly acoustic and the heavy and chaotic. The back and forth between the voices towards the end makes for an inspired further utilisation of structure and creative freedom. Very easy to listen to on repeat.

Spicy In The Dim Halls takes the song titling to another level. The music within adds spectacularly to the freedom of the concept, presenting a spacious and rhythmic piece of indie-rock that carries you down the hallways of a manic and colourful mind. At no point during this project are you likely to correctly predict any upcoming musical moments, and why would you want to? 51 With the Crusts Cut Off (Feat. Carrie Allen) takes things in a gorgeously soulful direction that makes for a beautiful mid-point within the collection. The soundscape again appears as a new set of elements and styles, well placed among the surrounding moments and as enjoyable as ever. 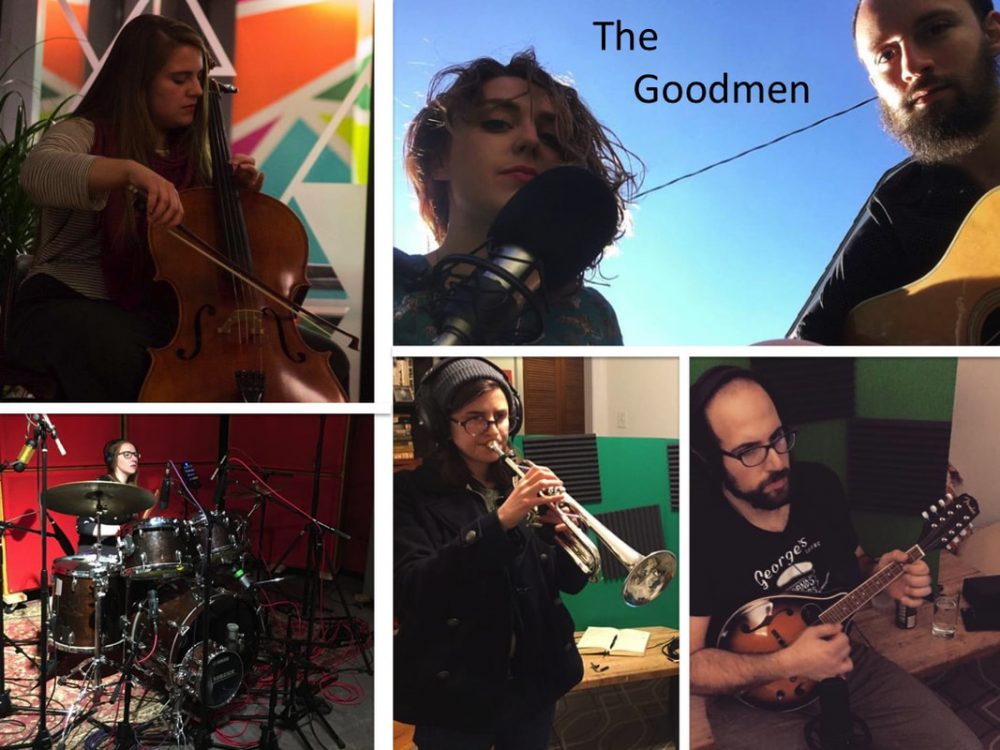 Falling For Reason is another song that needs your attention more than once. You lose yourself in the ambiance and emotion of it the first time – the blissful instrumentation, the passionate performances, the harmonies. There’s a story here though that whole heartedly deserves to be heard. The ideas are expressed in a creatively new and deeply human manner, and it’s compelling to witness. I’d call it another highlight but that tends to be true of the entire collection.

Hount The Jab takes the musical craftsmanship to another new height. The playing here is beautiful, the song has the delicacy and intimacy of an Alt-J release, but the organic and folk-soaked realness is suggestive of something much closer to home. The acoustic riff gets caught in your mind in a hopeful and uplifting way, the freedom of the accompanying piano part contrasts amazingly well to bring about a mildly chaotic yet simultaneously calming ambiance that warms you to your core.

The album comes to a close with Older. The live sound of folk-rock slowly builds up around you, followed by perhaps the most self-reflective and considerate lyrics yet. The melody adds to the build, the intensity and emotion gradually rising and rising, the joyfulness increasing, that freedom again getting louder and louder. Deep thought is followed by acceptance and a much more carefree mood that passes on to you hypnotically as you listen.

You really need to take on these songs as your own to get the full effect, to appreciate the creativity and the expression. Chaz Hearne is a talented and captivating musician, it’s undoubtedly his songwriting though that really lifts him away from the crowd.