Alex Veach’s approach to hip hop is the sort that has a notable stamp of identity running through it in a number of ways. The album Transcend begins with a track called Six, a musically unusual and somewhat experimental piece, upon which Veach lets his lyricism flow in a seemingly unedited manner. There’s a stream of consciousness style to the delivery, even a slightly DIY finish to the recording style, all of which adds an element of in-the-moment realness – building further on that sense of identity.

Later on, Stockholm is a track with an immediately dramatic and emotional musicality, though this quickly mutates into something manic and multi-layered. The music and the vocal flow work in unison here, both feeding into this sense of colourful chaos that you soon come to recognise as the Veach sound. The song’s hook offers a welcomed break and a soulful moment of memorability. Solar Clothes afterwards presents something of a more classic rap beat – a haunting riff, distant and mellow, and a fairly gentle vocal delivery to match. The words step through with a different kind of rhythm, again reacting to and working with the energy of the underlying beat. 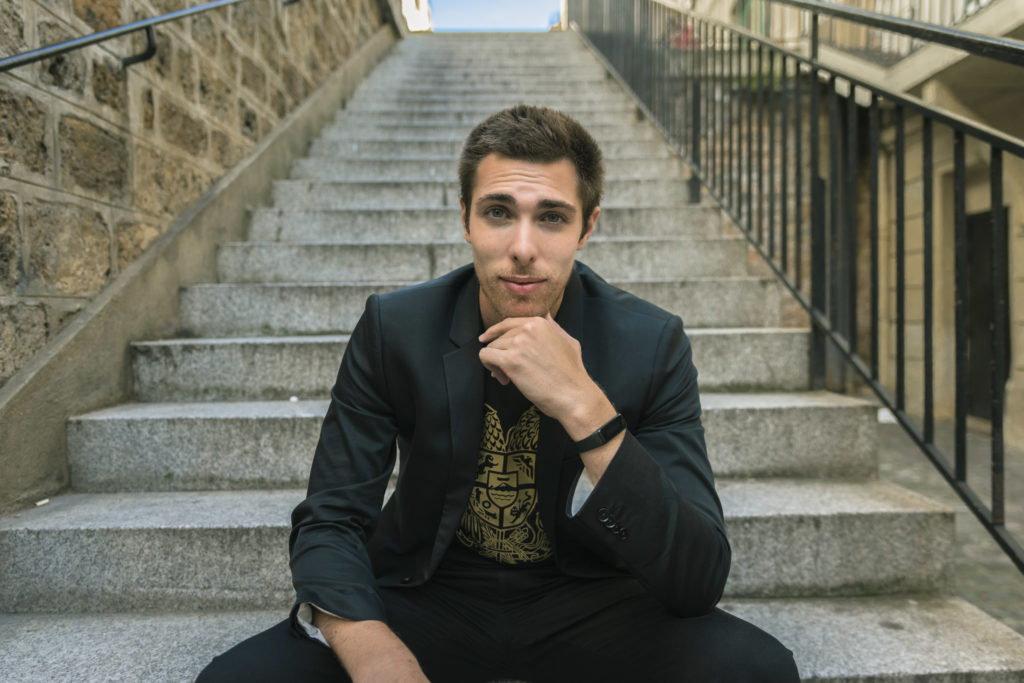 Bricks pushes that classic hip hop vibe even further, the featured vocal adds a certain depth and contrast that captivates in a new way. There’s a simplicity to the music, the descending riff in the backdrop, and this makes it easy to remember. Blood Moon afterwards hits with an instant level of depth and darkness that draws your focus straight to the lyrics. Veach utilizes story-telling more intently now, driving with less of the personal reflection and more of an observational, detail-packed aura. The hook again breaks away to the more soulful and melodic, adding a refreshing structure and helping make this one of the more striking and enjoyable songs on the whole project. The second verse is a little more intense, shorter lines and personal involvement reignites.

Towards the end of the album, Hideout adds a definite moment of strength – driving with a unique yet satisfying soundscape and a quickly familiar melody. This is just the first of two melodic moments, an unexpected flicker of jazz follows, a different voice, and all of this again gives the experience that uncommon wave of originality. Veach’s lyrics in between are kept to a minimum, only showcasing the utmost important lines, not simply seizing the opportunity to perform – everything is kept relevant to the track and its underlying sentiments, and there’s value in that.

Things come to a close with the dark and ambient, thoughtful piece that is Left Field. The atmospheric music fuses delicacy and intensity with careful attention to detail. Meanwhile, Veach’s performance begins with those short lines again, later picking up the pace and increasing the density of the lyrics. The hook is interesting, compelling in the meeting between the rap and the melody – as well as in the concept. Veach’s delivery has grit to it and works well to bring about a feeling of authenticity. There’s also a touch of poetry to this track that lets it end the journey in a powerful way. The project undoubtedly speaks volumes for the artist behind it, the ideas and the style introduce equal parts character and passion, which should serve him well in the long run.