Albert Man, the half-German Mancunian, is a singer-songwriter currently based in London. Albert emerged on to the music scene in 2014 with his piano-led, melodic pop songs, and has since been a regular performer on the London gig circuit. His brand new album Cheap Suit is out at the end of the month. There’s a video at the bottom of the feature, a few more over on his Website, and meanwhile – here’s a little run through of the music to get you ready for the release.

I started with the track and video for Heartbeats. Really, the first thing you notice, the first thing that grabs you – is the vocal. This is the kind of gritty, raw, emotionally drained voice that you only really hear in old jazz and soul shows or films. By emotionally drained, I mean one of those voices with the sort of gravelly rasp and power that just screams soul at you, it suggests a strength and meaning that only a performer who really believes in what they do can genuinely achieve. The lyrics don’t fail to follow the path of impressive either, and after all is said and done – Heartbeats is a sensational track. The lines, the imagery, the chaotic yet rhythmic piano, the voice, the repetition, the build up. You get lost in the music, so much so that when it ends – reality comes crashing in, far too abruptly, so there’s really no choice but to quickly press play and listen all over again. It’s a brilliant effect when a song does that to you.

Once you get into the rest of the album, really what you’re experiencing is a vibrant array of beauty and thought, artistically presented by someone who is musically experienced and skillful. It’s stunning, the title track Cheap Suit is all of this and more, and in fact – it really strikes me as a song that should be in regular rotation on even the most mainstream of radio stations. That’s not something I say very often, partly because it’s not necessarily a relevant or important aim. I say it today though, because this song achieves the unusual feat of being gorgeous, real, organic, underground – everything I personally love to hear in music – at the same time as being musically complete, flawlessly performed and produced, immaculate even – inherently commercial, with an unusual and memorable lead vocal, plus, importantly, for radio at least, a catchy hook. It’s addictive, and that’s a great effect. There’s a hell of a lot to love about this album. 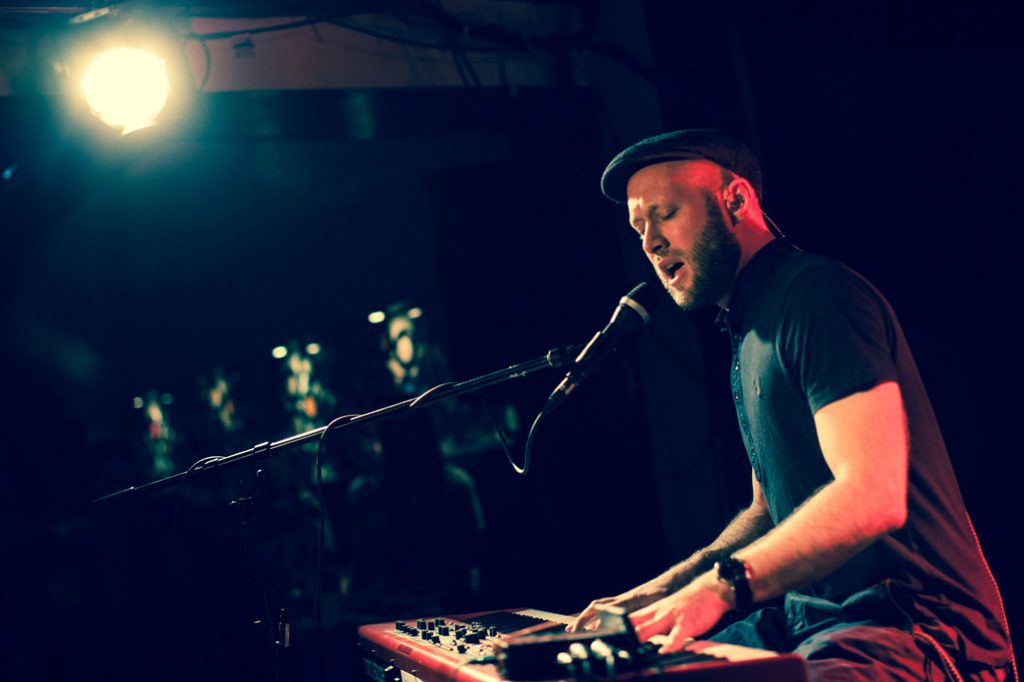 As a writer, I’m intrigued by the music; I want to explore it, explain it, excite my readers about it. As a member of the audience though, I just want to listen. I’m a fan. I’m a fan of the songs, but perhaps more so I’m a fan of the singer, the writer, the artist himself. I want to know what else he has to say, and how he will say it. I would think that’s pretty much the best thing you can hope for when reaching out to new listeners.

Skimming Stones was a personal favourite; there’s a certain fusion of darkness and optimism, which always strikes a chord with me. Again, it’s one of those songs that builds and builds, the music and the vocal power intensifies, the piano has this hypnotic and haunting rhythm to it – the whole piece just wraps it’s sound and it’s depth around you as you listen. You really notice the poetry that has been woven into each of the songs by this point as well. There’s a lot of skill, and a lot of character, which is a winning combination at the best of times – but you also get that utterly fresh and honestly quite striking song writing. At times you grow accustomed to the sound of the music, you relax into the moment, then suddenly a particular line or vocal inflection will claw at your consciousness, really making you think. It’s great, not something you’re likely to forget any time soon.

The album Cheap Suit will be released on the 23rd of May, 2016. It’s a self produced collection of 11 original tracks, written and performed by Albert Man. To say the very least, it’s way up near the top on that list of must hear album releases for the summer. Find and follow Albert Man on Facebook, Twitter, and Soundcloud. Check out his previous releases over on Bandcamp. The album is fantastic, loaded with everything from jazz-meets-funk rhythms and harmonies, to emotionally drenched, singer-songwriter softness, with a hell of a lot of indie power in between – that live band sound, the loudness, the passion. At it’s core, from start to finish, the pairing of Albert Man’s piano playing and his voice will soak through the music and into your world – so effectively that you’ll struggle to remember life without it. A wonderful presence. Definitely someone you’ll want to catch performing live. Keep an eye on those socials for news of an album launch tour.