Ray Dafrico is an artist and musician who has taken a more than colourful route through music over the years, having performed with the likes of The Clash, The Ramones, REM, Bo Diddley – to name just a few. He recently recorded an album entitled Tunnel Visions, showcasing nine songs of solid rock seasoned with soul and 60’s British invasion pop. We caught an interview with Ray to find out more about his approach to creativity, his experiences so far, and his thoughts on the future of rock and roll. Here’s how it went.

Hi Ray – congrats on the new release, and thanks for your time with this. For those who don’t know, how would you describe your music and yourself as an artist?

Hi, and thanks for doing the interview! I would say my music is original, punky, poppy, soulful, scrappy rock and roll. There a lot of influences thrown in as I like all kinds of music but I think the end result is pretty representative of my personality. As far as me as an artist, I’m one of those guys who writes from the heart and I like to think I have pretty high standards. My main song writing influences are people like Pete Townshend, Bob Dylan, Chuck Berry, Jagger/Richards, Ray Davies, Strummer/Jones, Carole King, Ian Hunter to name a few, so I work hard to try to make sure my music stands up to the work of my influences.

Your background in music is immense – what have been some of your most unforgettable experiences to date?

I would have to say probably opening for The Ramones at The Fillmore in San Francisco and opening for The Clash at The Fox Theatre in Atlanta were ones that stand out the most. The Fillmore is probably the place that I’ve been treated the best as far as how they treat musicians, they really make you feel important and respected which you don’t get a lot of in general. 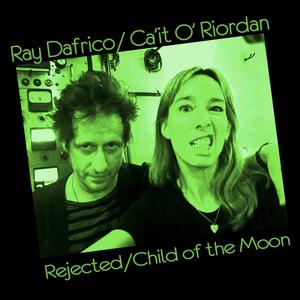 How would you say your approach to music and creativity has changed or evolved over time?

It’s been pretty consistent since I started when I was 17. I basically have songs in my head and they just kind of spill out when I sit down with a guitar. Actually, I like to write on bass a lot and sometimes piano because as a guitar player you tend to want to repeat yourself as you naturally go to the riffs and chords you usually use. I’ve always been very creative and have always been into art. Besides song writing I do photography, painting and film stuff as well. I’m basically just kind of an obsessed kind of guy that can’t help but try to get this stuff out of my system or it starts to drive me crazy!

What does Tunnel Visions mean to you and what does the album represent on the whole?

Well the title has multiple meanings. It was recorded in New York City where I was born, so I thought of the concept of the tunnels to get into the city and the subway of course, but it also is about keeping your eyes on the prize artistically and like I mentioned before, being somewhat obsessed with something. I could venture further to say it’s also about what the country has been going through since Trump’s election and the many protests I have been involved with. On the cover I look dizzy and not well which is exactly how I was feeling at the time (and most of the time). The title is also a kind of nod to the NY band “Television” who I love. The CD doesn’t really have a running theme to it but it does feel very New York too me but there’s also the usual British influences in there as well.

Overall, I’m very happy with it.

What’s your connection with Coney Island?

None really. I assume your referring to the song Coney Island Eyes on the CD? It’s basically as song that the lyrics came from a shall we say psychedelic afternoon I spent there in 1986. I tried to put the experience into a song. It’s a pretty unique place, especially when your senses are enhanced! lol.

What’s the process like when you write a new song, from the initial idea to the final mix – where do you start, and how do you know when it’s where it needs to be?

The song writing is the easy part for me, I have lots of songs ready to go and be record but the problem is I keep writing more so you have to pick and choose of what to use or record or perform. I like to combine some of the new ones with older ones. I like recording but I find mixing tedious because hearing the sounds in your head it’s very hard to reproduce them exactly the way you’re hearing them and even harder trying to explain to someone else who’s mixing it. I would do it myself but I don’t know how to run all this complicated gear and software they have now. I want three big knobs that say bass, mid-range, and treble!

There are too many choices now I think that’s why old records are great because they were forced to be creative. I mean Buddy Holly had like one mic for the vocals and one for the band kind of thing, or The Beatles doing Sgt. Pepper on 4 tracks I believe it was. Knowing when to stop is the question and the answer but for me it’s probably never going to be as good as I hear it in my thoughts. I think that’s the kind of thing Brian Wilson has had to deal with.

Is live performance still an important part of what you do, and what can audiences expect from a Ray Dafrico show?

Basically, you get me on guitar and vocals, a bass player and drummer playing raw catchy rock and roll. I’m not like Mr. Showman so don’t expect to see Prince or something. LoI. It’s more like Keith Richards fronting The Kinks as I think someone once said of me. I’m fine with that. I tend to play for myself and hope people enjoy it rather than these people that are all, put your hands together people, are you ready to rock? ! I’m much more of a mysterious Dylan type. Although it’s a lot more energetic than that.

What’s been the single most incredible venue or event you’ve performed live at so far, and what made it so special?

Like I said before probably playing with The Clash in Atlanta. That was a big deal for me in my first band, The Nightporters. We were like 20 at the time and were kind of heroes in Atlanta. It was kind of a triumph for us have the honour of playing with them and a snub to the people who didn’t like us and people from like high school that would make fun of you for even trying to be in a serious band, especially a mod punk rock band. Even now if I’m feeling down, I say to myself, you opened for The Clash!

It’s kind of a shot in the arm for your ego.

You have a pretty raw and classic sort of rock sound to your music – what do you think the future holds for authentic rock and roll?

Thanks for the compliment…I have serious doubts about the future of rock and roll.

I don’t really hear anyone doing it. It’s a lot of DJs and rappish kind of stuff, or singing to a backing track with a bunch of dancers behind you or jam bands and tribute/cover bands which I don’t get at all. It’s like why would you go see people playing other people’s music? I mean a couple covers as long they’re cool is OK but I prefer to see the original act.

I’ve been lucky enough to see most of the bands I’ve wanted to see but part of that is my age. I saw everyone for less than $12.50. The highest I paid was a whopping $18 to see the Stones in 1981. That being said there are a few bands that are doing really cool stuff like Black Joe Lewis from Austin. I’m sure there are others but I don’t get out all that much so who am I to say right? Every generation has a style they are into. I try not to get painted into the cranky old guy scenario, but sometimes I am. lol.

What do you hope people take away from your music?

Hopefully it will make them feel good in some form or fashion or at least inspire them.

I really appreciate when people tell you after a show, man, you guys rocked, or I really liked your songs. As long as they are being sincere (and you can tell when someone isn’t), it makes it all worthwhile.

What’s the bigger picture – what’s next for you and what are your hopes for the future?

Well I would like to get out and play more especially in Europe and Japan where I haven’t really played. I have done some shows in the U.K, but I’m getting a lot of airplay there at the moment so hopefully I can book a tour but it seems like they appreciate American rock and roll more than Americans do. So, yeah that’s one of the things I’m trying to do and of course probably more recording at some point.

What words of advice could you give to artists or musicians who dream of a long and illustrious career in music?

Don’t quit your day job! lol. No really, if you have a passion for music, go for it just know it’s a lot of work and don’t expect a lot in return especially in the form of money. You have to make yourself happy and if you really enjoy what you’re doing, you have to take risks but don’t think your god’s gift to music. You have to play the game a bit, but don’t ever sell your soul. You don’t have to be virtuoso just make sure your music rings true and keep at it!

I don’t think so I think we’ve covered most of it. Thanks for the interest.

Oh yeah, people can find more info or buy my music at www.RayDafrico.com

And on various sites such as CD Baby, Amazon, and a few other sites.

Thanks again! Over and out. 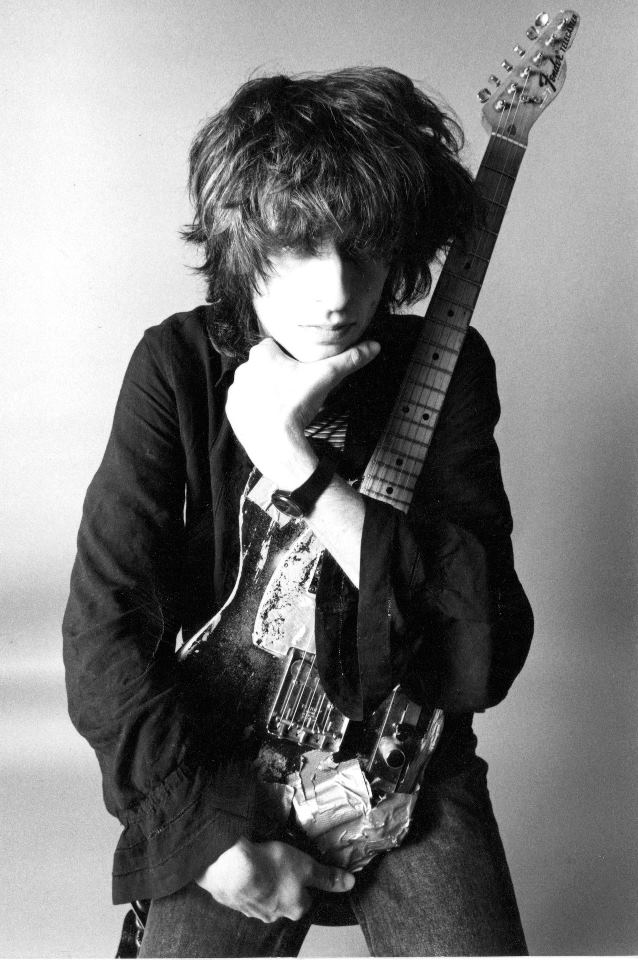