Louis Antoniou - Masters Of Distraction: The End Of The World Exclusive - Stereo Stickman

It takes a certain combination of skills and steps to really craft something worthwhile within the music industry. Talent is a big part of it – in performance, in songwriting, in musicianship – hard work is undoubtedly a huge part of it too. Louis Antoniou is a UK artist pushing his abilities to the limit right now, putting every bit of passion and focus into everything he puts out, and the music just gets better and better.

Louis’ latest single Masters Of Distraction is a soulful step in a new but equally recognisable direction. His songwriting reaches new heights, dealing with the topic of modern life and all of its potential downfalls, but doing so in a manner that’s far from depressive. His approach is fresh, interesting, colourful, and his performance of this particular release is just about as flawless as can be. His voice has reached equally new heights here, in my opinion, and the song is all the more mighty as a result – an easy go-to within the current social climate and the coming summer months.

We caught an interview with the man behind the music to see how things have changed and what his hopes are for the future. Here’s the conversation in full.

Hi Louis, so great to be able to chat with you finally – congratulations on the new single. Masters of Distraction is a slight step in a fresh direction in my opinion, though it still sounds so familiar the moment you start to sing. What do you hope people take away from the song?

Thank you Rebecca, it’s lovely to be chatting with you and thank you for showing support in my vision. I think you’ve hit the nail on the head there – the general reaction so far is that it’s an alternative cool track, different but yet you know it’s a Louis Antoniou song, which was the key for me. I guess when we were recording it back in November, we had doubts about releasing it after 3 such bluesy tracks. I think the thing that ties this song in with the others is the 60’s sound and my pathetic attempt at crooning aha. But it’s certainly a taster of the bigger picture I feel, for future songs to come. This was just a mere splash of paint on a big Louis Antoniou canvas, letting the audience in on an avenue I’m strolling down. I’m writing more songs with this theme so it feels good to get it out there and have such a great reaction. 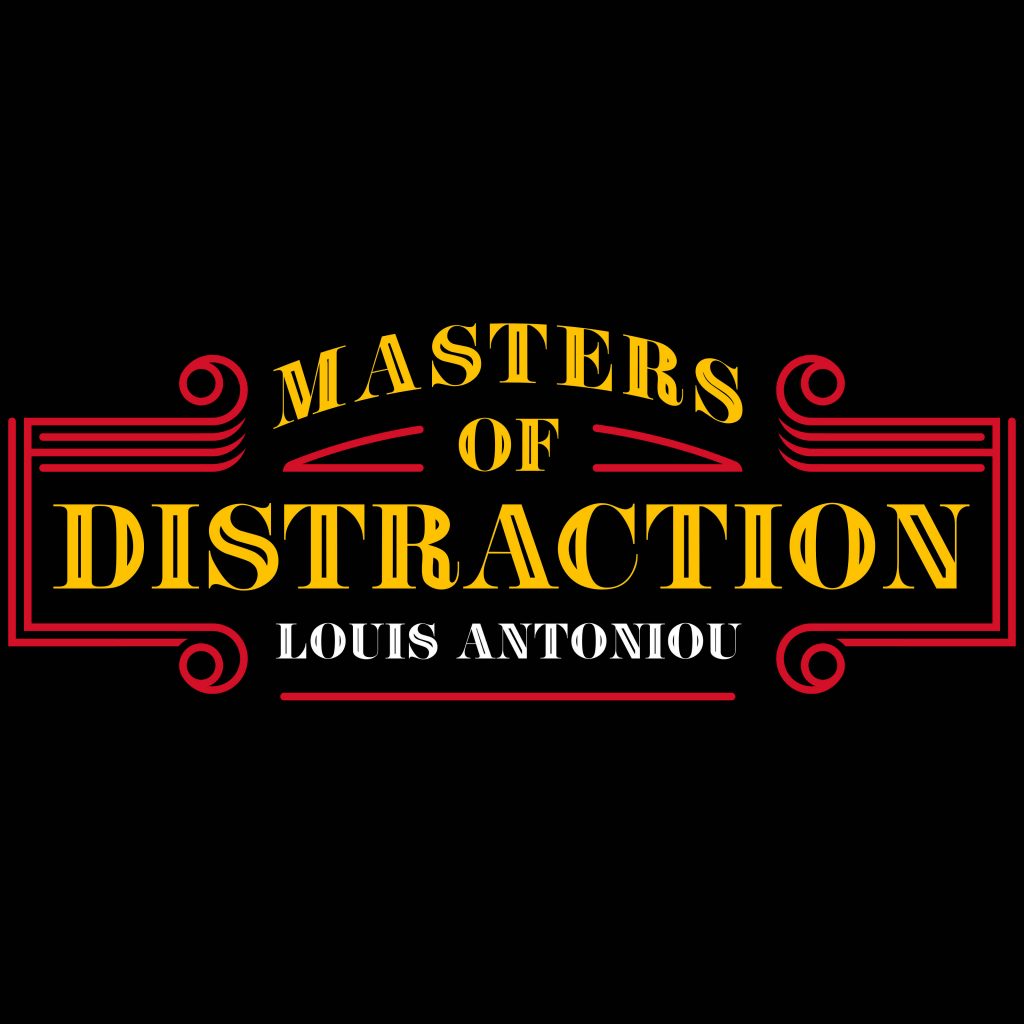 What prompted you to write a song about the end of the world?

Haha so many reasons really, where to begin…I like to inject my humour into songs and I guess this was the first song where I expanded on writing about doomed romances and the like. I was reading a lot of George Saunders when I wrote this and I guess we both have a sarcastic sardonic edge to our writing (if I can put is in the same bracket, no I can’t but I’m doing it anyway fuck it). I guess after Brexit and Trump, feels like ages ago but paradoxically it still feels fresh and everyone wants to rant and moan and I just can’t be arsed anymore. I wanna mock it, maybe because it’s therapeutic aha, they say laughter is the best medicine after all, so I wanna dose people up with my ballad, my ode to the end of the world.

What does the title mean to you?

The idea kind of came from a Jon Ronson book I was reading called Them, which explores the idea of ‘Secret Rulers of the World.’ The theory is that the elite few depict the events of the year, play golf and have a good ol’ jolly whilst the rest of suffer from their decisions, putting it bluntly. I’m not saying I’m a stern believer, nor a preacher of this, but it certainly got the creative juices flowing. I think the title is also a out of the box idea too in comparison to the lyrics, its the dark idea that that what happens, or rather what I ‘state,’ will happen, in the song, is masking and covering a bigger catastrophe, which will take place.

How much of the song is comedy and how much is genuine possibility?

Your live performance of this for The Crypt Sessions was brilliant. How has it generally been performing the song live – do you feel it connects from the stage in the way you’d hope?

The Crypt Session was everyone’s first real taste I guess. We had been performing it live and honestly, it wasn’t a song people came up to me at the end and started raving about. But now people have watched it and properly had time to engage with the lyrics, rather than trying to translate them over microphone squeaks and feedback, I think people are right behind the new wave. The release show is on the 9th June at Camden Assembly. The band and I will be playing it of course and I think it’ll be bigger and better than ever.

Do you have much hope that things will get better in the world – is there a light at the end of the tunnel?

I don’t want people thinking I’m this obnoxious pretentious pessimist aha! Of course there is light at the end, there always is! I’m merely ridiculing the pessimism in the world at the moment.

Your voice is sounding stunning – who inspires you from a singing or performance perspective?

That warms my heart, bless you! I love the dramatic feel Father John Misty delivers but I also love the old school crooners – Andy Williams, very dramatic but so pure in his performances. Jim Reeves with his soft sultry tones.

Your music tends to offer the classic warmth of indie-rock with heart. What do you think the future holds for rock and roll music, and does the industry or do the current trends of the music world affect your creative decisions in any way?

I’ve learnt to combine my love of current indie rock with my obsession with old school sounds and influences, whereas before I was very much keeping them separate, which probably hindered me and my songwriting to be completely honest. I don’t know why there’s this constant rain cloud over rock n roll, it’s still live and kicking. It evolves and moulds into different styles year on year. New artists come to the floor and introduce new sounds, and old artists develop and grow into different beasts, like Arctic Monkeys. They’ve gone from the fish & chip rock of 2005 to becoming these Bowie-esk crooners from the depths of quirky jazz clubs in LA. I’m a firm believer that rock n roll comes in different shapes and sizes, adapting to the times.

How important is image when it comes to crafting a career as an artist or musician?

This is the bit that troubles me. The brand, the image of the artist is sometimes bigger than the music itself. I mean, James Bay has cut his hair and suddenly transformed into this James Dean pin up poster artist. I mean, perhaps I shouldn’t be making this statement, but I couldn’t tell you one of his new songs. All I see is his new look. Back in December I ventured into town with my friend and photographer Paul Hammond and I said to him, I wanna do some funny photos, mocking this concept of branding, mocking the pretentious which is why I have photos of me eating a kebab. Maybe it’s suicide to my music but I would rather do that then stick a fan in front of me and have 10 minions throwing make up on me. 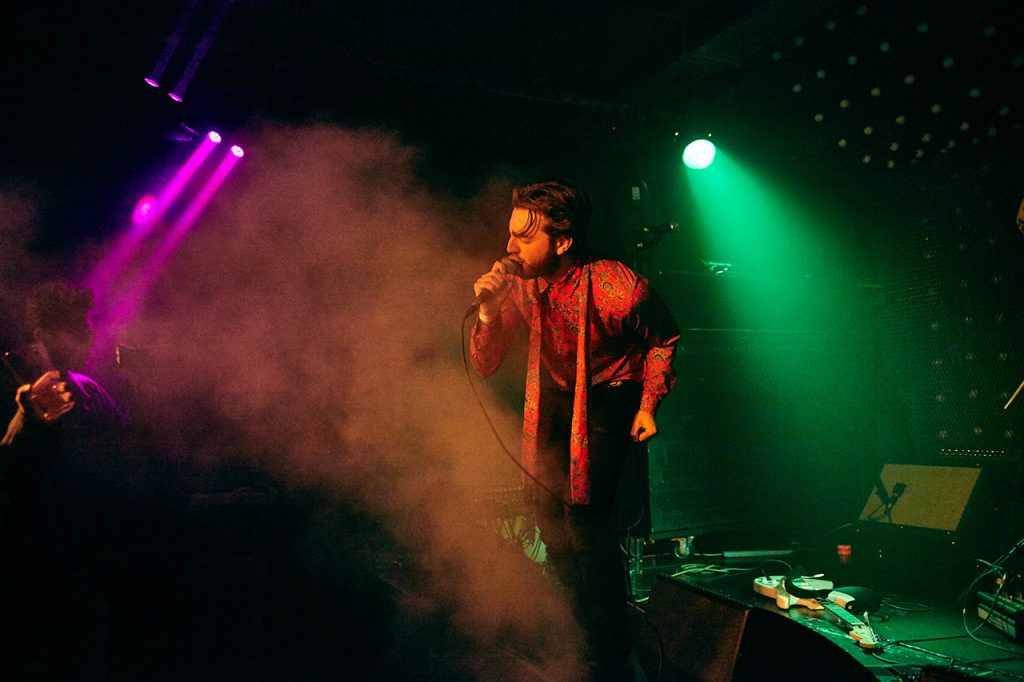 In what way has BBC Introducing helped you or affected your career so far?

It opened a few eyes to some friends and family. They kind of went ‘oh, he’s actually doing this for real’. It’s got more people behind my journey and for that I can’t thank BBC Introducing enough. Its a terrific platform and I hope to return to perform soon!

What are your thoughts about the live or indie music scene in London right now?

For me, and again perhaps this is me being a stick in the mud, but the industry is right behind those acts that dress in dungarees with moustaches howling down the mic very, DIY bands, which is great but I feel like we’re not introducing anything new. I love indie music don’t get me wrong, but nowadays I just zone out listening to it, it all kinda turns into one big blur. Time for a greek guitar slinger to stand and sing about KFC and Uber don’t ya think 😉

What’s next for you – what can we look out for, and where can people see you performing over the summer?

The band and I are playing OnBlackheath festival in September which will be lots of fun! There’s more to come from The Crypt Sessions and, drum roll, a music video on the horizon too! I’m always gigging and looking to record more.

Huge thanks to Louis for his time & insight. Stream the single below. Find & follow Louis Antoniou on Facebook & Instagram. Visit his Website for more information. The artwork for Masters Of Distraction was created by Nick Hallet. All other photos by Paul Hammond.