This week we caught up with Christian Hip-Hop artist Dat Guy Ike for a pretty inspiring chat about faith, hip-hop, creativity, and the power of music. Here’s how it went..

Thank you so much for taking the time to talk to us. In the past, you openly took a very significant turn with your music, stating that it was something you wouldn’t allow your own daughters to listen to – what was it that made you suddenly realise this and decide to swiftly change direction?

I was previously signed to a record label and it was time to submit my album for manufacturing. As I sat and listened to this album, I guess you can say my sights were heightened. It was like all of these years I was just rapping but not listening to what I was saying. I feel that is where God intervened and it struck me that I cannot put this negativity out to the world. It was wrong, all wrong, and I no longer wanted to be apart of the mental destruction of people.

What do you think it is about music that makes it so powerful in terms of inspiring and influencing young people?

Music as they say is the universal language. You can travel to a country where they speak no English but can word for word recite a Hip Hop record sometimes better than an American can. Most if not all music comes from a place of emotion. There had to be something that triggered that song to be written. Music speaks to the soul, I know for my music I like to think that somewhere out there, there is someone going through the same thing I was going through when I wrote that particular record, and when they hear it they can say to themselves – you know what, I’m not alone in this; if he was able to still make it, I can too!

Your music has a beautifully atmospheric and fairly epic sound to it. Alongside this, you talk about some really meaningful and important topics. In your opinion, what is one of the most important or powerful set of lyrics you’ve written?

Thank you, Glory to God! I think the most important and possibly my favorite record that I have written is a song called “Haunted” on The Awakening EP. After a very long and stressful process of being let out of my contract, I really didn’t want to do music anymore. I felt that I must protect my art at all costs out of fear of it falling into the wrong hands. The song “Haunted” talks about those fears and how I overcame them.

Have you found any difficulties in fusing traditional hip-hop and rap music with a strong Christian faith? Have you found it easy to separate yourself from the more negative and derogatory lyricists?

I never found it hard to fuse my beliefs with Hip hop. I’ve been doing music so long that it’s all I know. The creativity and skill will always be there but the content has changed. It was all about finding a tasteful and original way to represent Jesus and Hip hop. Being comfortable in your own skin helps with that and that is something I have to thank Jesus for.

Where do you see yourself and your music in the future? In five years time, perhaps – are there any particular aims or hopes that you have?

In five years I see myself traveling the world doing music. Maybe some positive movies but also helping others come to know the Gospel. Inspiring people to want better for themselves and the world and letting them know that change starts with them. Whatever else God decides to put on my plate I’ll just roll with it. I go where I’m called.

An absolute pleasure to chat with, thanks again to Dat Guy Ike for taking the time out. For anyone who wants to get involved and follow him on his journey, head over to the Website, where you can listen to the music and learn more about him, and follow on Facebook and Twitter for updates – new releases, live shows, events. Inspiring music, loaded with positivity. Tune in. 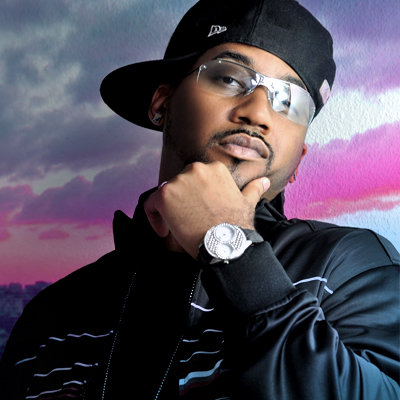