There’s an absolute and genuine feeling of blues rock and roll throughout this self titled, debut EP from Vibrant Troubadours. Lost in The Peace drives their sound into your head space with an almighty force, the distorted guitar riff and rhythm has everything you’d hope for, followed by the powerful and satisfying smash of a gritty and passionate leading vocal. The melodic pattern of distorted heaviness is ever present, and it draws you in – the way that any great new indie band’s sound must do in order for them to thrive. The raw and addictive energy is alive and kicking throughout this album, but don’t be fooled into thinking that’s all there is.

Gnome Song is likely to intrigue you regardless of genre. The subject matter doesn’t disappoint, it’s not a blatant overuse of metaphor, it’s an original and unusual story, told in an almost acoustic manner. Moments like this make the band a little reminiscent of the grungier, more mellow side of bands such as Nirvana or The Pixies. The apparent randomness is massively appealing, the unheard of and unpredictable lyricism, backed up by a big, bluesy, catchy melody line. It’s a great way to follow that opening track, the variety is immense, yet the sound, the voice, the style – you very quickly learn to recognize Vibrant Troubadours as being their own band.

On the whole, fans of rock and blues, grunge, indie, whatever offshoot of the rock genre you’re into – the music Vibrant Troubadours make is the sort that you can just let play and play, throughout the night. Similar to the feeling you get when you own the entire discography from The Black Keys – it doesn’t really ever get boring, it’s those vibes and that rock sound you were craving, so you let the songs and the variation play over and over. There’s always something new just around the corner.

She Loves Me is a fantastic indie track, beautiful melodies and guitar riffs, a wonderfully warm vocal, honest lyrics – a big moment within the project, actually, an honest and vulnerable side to the song writers. They’re honest, accessible, and brilliantly skillful at what they do.

Long Legged Lady brings the rock bounce back again, the festival vibe – hardcore riffs crying out for hardcore crowds and dancing until the early hours. Run Along keeps the vibe going, yet this time the track soaks you entirely in a captivating and distorted wave of riffs and sounds. There’s an industrial and gritty feeling to the music, a classic grunge sound but with the voice and the stories of someone brand new. Lucky Girl again adds that element of surprise, you think you know where things are going, but you just never do. The music is hugely creative, expressive, and entirely unique to this particular duo. There’s a hell of a lot to be heard here. 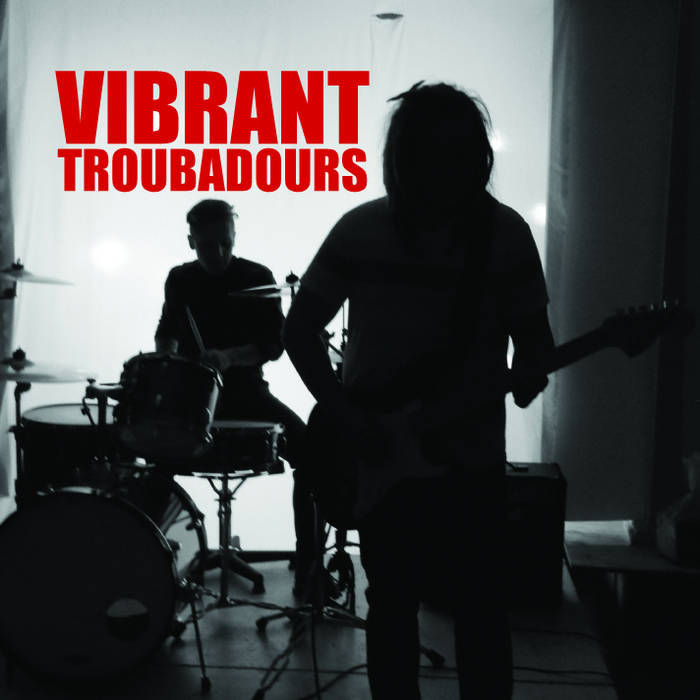 Rude storms into the scene with that huge anthem sound, that crowd pleasing moment of choir-like chorus – igniting the desire to get everyone together and go see the band perform live. Gathering Masses is well placed just after this in fact, check it out below – the heaviness, the raw and melodic scream of that lead vocal, the hook and the riff, all the while a stunning and passionate performance from the drummer. The beats and the rhythms throughout this LP have that addictive and live sounding presence – it draws you in, makes it feel very now, like it’s right there in the moment with you.

Speak No Truth shows a great connection between the elements within the sound – the beat, the riff, the vocal melody, all creatively unique in their own right, but all beautifully immersed in this single unit of song. A powerful and hypnotic rhythm is created by the well-matched fusion of these parts – it becomes one sound, one thing, which you become a part of when you listen. A simple thing in theory, but with a huge and lasting effect on it’s audience.

Other Girls has a BRMC vibe to it, that motor cycle rock and roll sound that is not often heard in modern music anymore. This track is great, a big rock sound, a vintage vibe brought back to life under a fresh and creative new light. Over Yonder takes things a little more towards the experimental, the passionate; the creative freedom of rock – the sounds make such a huge wall of music that at times it’s hard to believe the band are just a duo.

Wishing Well breathes a final breath of calm for the project as it comes to a close. The music is gentle again, that broken down, acoustic rock sound, which is so much more effective when placed alongside an array of huge and heavy sounding songs. This is the perfect way to bring the LP to a close. It makes you remember the strength of the song writing that is the very core of these tracks – it’s not just rock and roll, not just guitars and drums and melodies, jamming and jamming until the end of days – there’s writing behind all of this; thoughts, meanings, ideas. This song is beautifully peaceful and holds possibly the best hook of the entire album. The lyrics are pretty special.. The body can stop but the spirit never dies. The whole album, in fact, is something so natural and loyal to it’s own creators. There’s no sign of faking it or playing just for the sake of playing. The songs are big, and the sound is greatly missed in much of the modern music industry. Well worth a listen.

Find the band on Facebook, Twitter, Spotify – and grab your copy of their debut LP over on iTunes or Bandcamp. Visit their Website to find out more about them.