Before I get in to the meaning and feeling behind these songs, it has to be said – this is an album that just sounds great when you turn it up loud. From the opening moment, there’s a classic and very real feeling to the music. The sound is big, but gentle, and once the music has taken hold of you – you then get to listen to the softness of the melody and the lyrics. A wonderful reminder of the classic indie sound of the early 2000’s, but with a really likable and almost withdrawn sound to the leading vocal.

In a way, you can hear the artist fully involving himself in the music. You can feel how much it means to him, and so it means more to you as you listen. Imagine a smokey, underground, live setting; an artist and band giving it their all – lost in the moment entirely – and that’s exactly where you’ll end up too, particularly as you delve further and further into this album.

In all honesty, I built up some expectations for what would follow after hearing the opening track, but even by song two – my preconceptions were completely blown out of the water. In the very best of ways. Drinking at The Weekend surrounds you with electronically distorted riffs, and a thick, powerful drum line. It’s a wall of anthemic, musical power, but look past the moment of sound and you can start to untangle the lyrics, which are poignant, to say the least. They mean something, they stand out, and this is categorically one of the strongest elements of this collection of songs.

“Do you struggle to sleep at night, do you always think you were right?”

Lyrics that pose questions are some of the most effective out there. If not overused, it simply causes you to think about the line, repeat it to yourself, and ultimately remember the song. Alongside this you also get to hear the real, raw sound of the lead vocal, as the emotion within the music and the lines heightens. The melody of this one wraps itself around you entirely; you’ll walk away singing it. You’ll wish it had been some immense festival moment, as one day ends and the next immediately blends in and begins. It’s a great moment.

The album as a whole has quite a festival feeling to it, in fact. There’s a lot going on, but you’re surrounded by friends, and your emotions are understood, and you understand those you witness around you. There’s a togetherness highlighted by the whole collection, and it’s quite addictive once you really get into it. 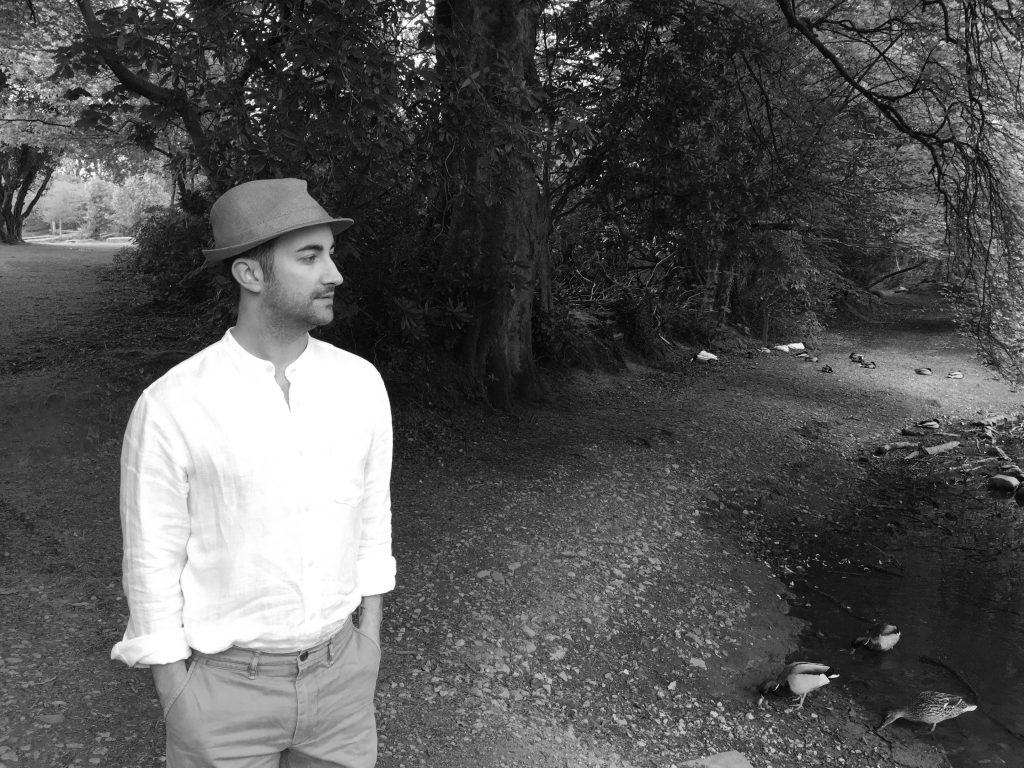 Only a Moment Away is a beautifully atmospheric track. As a piece of music, it has power and purity and optimism. Then the vocal slides in, with it’s softness, almost melodically whispering the words to you. This song is a huge moment within the album, the vocal doesn’t just take part, it enhances everything about the song, and the music does the same to the voice.

Everything is just flawlessly placed and musically entwined, so it works, it’s immensely effectively – the piano, the distorted guitar solo, the melody, the heavy and rhythmic kick of the drum, the gentle choir of vocals, the building and poetic nature of the lyrics. This is genuinely a fantastic track. One to turn up loud and let it really soak into your moment and your mind.

What happens next is, once again, just as you try to get complacent with the sound, like you know how indie music goes, you know what will come next – then you get a track called Just Stay. These almost warring guitars ring out and submerge you in their sound.

The beat has an almost acoustic crash to it’s hi-hat, and all of this would be one thing, but with that vocal, as always, soaked in half reverb and half emotion, something completely new appears. Something wonderful. And just about now I was really craving a live show. A Friday night, lost in the sound and the feeling, surrounded by people who feel the same way, and guided by an artist who knows just how to express it.

The feeling continues to grow with Live it Up. Not so much now the need or desire to analyse the music, the sections, the performance, the writing – just the realisation that something has been created, and it does something to you as you listen, and it just works. In a strange way, it perhaps wouldn’t work as well without any one of it’s elements. A single part of this wouldn’t quite hit you with the same impact as the track as a whole does. It’s not something you hear very often. You just have to turn it on, turn it up, and let it play. 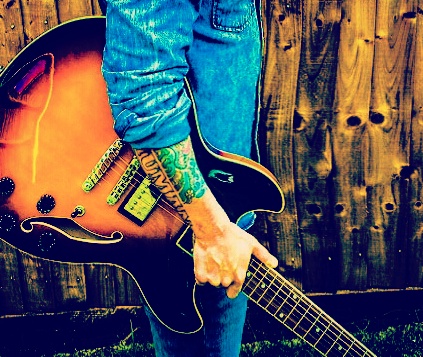 Personally, the music of The Indigo Palms makes me want to spend time around friends. That festival feeling again, I suppose. You’ll want to be somewhere, doing nothing but living, (maybe a little drinking), and playing loud music. A powerful effect. More than worthy of a vast, indie loving audience, as well as those of you who simply crave the strength of music as art, not as something technological, or mathematical, or electronically flawless. Something real. That’s a huge part of what I took from this album.

One Day Soon shows you this realness even more so. In fact, the more you listen to these songs, the more you notice the depth in what the artist is expressing. In some ways, the loudness of the indie band sound can distract sometimes from what’s really going on. It’s beautiful in this case, because you get the entire album, and before you’re even half way through – you know that it’s no longer just about the beat and the melodies and the rhythms. There’s so much more going on. You’re a part of something when you listen. You’re hearing someone bear their soul. It’s poetic, and powerful. Really something you need to just sit back and be involved in. Something to really listen to.

The Light Never Dies is a stunning, stunning track. Everything about it just oozes melody, music, feeling, and now. It feels so relevant, and the way it’s been performed and mixed just lets everything really fuse well together and take over your mind for a few moments. In some ways it seems like an entirely new genre to the previous few tracks, at which point it’s clear that the artist is not confined by this word – not restricted by any rules, not succumbing to any expectations.

There’s a feeling of classic trance to this at times, but the emotion is still there, the melody, and the rhythm. It’s clever, and a really important part of the album – a real moment of realisation, and appreciation for the art that is unfolding as you listen.

While I Sleep is the way this project ends, and it works so well. The music is simple, industrial sounding, but acoustic, artistic, and ultimately effective. You get to hear the voice almost exposed, un-hidden in many ways, and there is space around it now to really feel the sounds that come out, and to listen to the words, and feel the emotion – the reason behind the music. “While I sleep I dream of you..” Hugely worth taking the time to really listen to.

Find and follow The Indigo Palms on Facebook, Twitter, Soundcloud, and head over to the Website to pre-order the album Future Proof – It’s out on the 2nd of September, 2016. Don’t let yourself miss out.