The Damnable Cads - Lock Up Your Daughters - Stereo Stickman

Just when you thought rock and roll was over, a band like The Damnable Cads come along and shake everything up again. Music to make you drop what you’re doing, kick off your work shoes, and pour yourself a cold, hard drink.

The Damnable Cads are lead by guitarist Nick, next to him is Jimmy on the bass, Alvin has the vocals, and Eddie hits the drums. By their own admission, they are a cadre of arrogant swine, who travel the world swilling beer and keeping the neighbours up late. They will undoubtedly be one of the most entertaining live bands you’ll see all year, if you’re blessed with such a privilege as catching them at a live show.

What is perhaps more noticeable than their outward characteristics and antics though, from the perspective of a first time listener, is the fact that they’re a supremely talented bunch of musicians. The music sounds great, and the song writing is brilliantly on point. Everything is quite artistically put together, and always flawlessly performed – great news for potential groupies waiting to latch on to something fresh. The music will never disappoint, plus, Nick and the guys have the essence of rock and roll in their blood. Everything is lined up and ready to go. 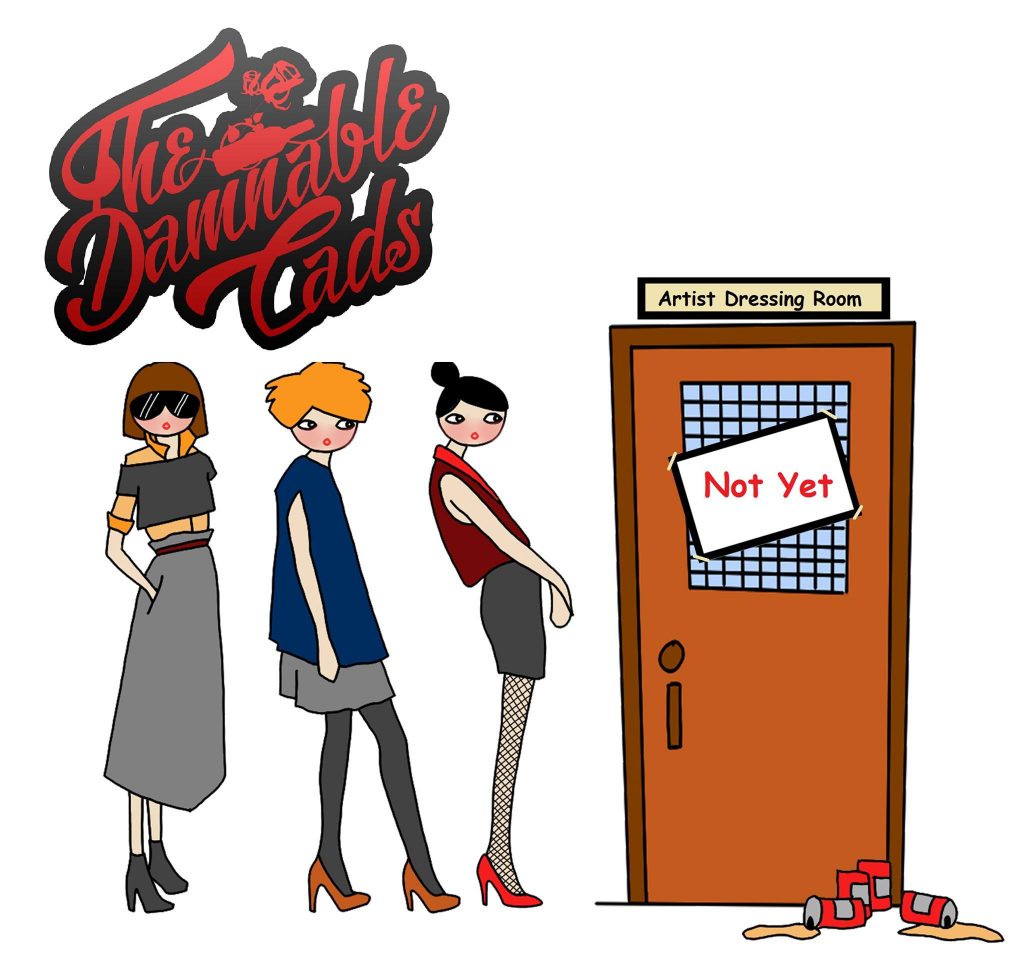 We took a closer listen to the songs from their latest album to give you a better grasp of what The Damnable Cads offer, musically. Little Dreamer is an absolute beauty, superbly written in such a way that it feels like a track you should’ve known a long time ago. The guitar riff is unique and memorable, perfectly placed at relevant moments or breaks in the song, the music around it is simple but effective, and the melodies throughout are just gorgeous to listen to. The vocal is very natural sounding compelling to listen to – up close and personal, with fairly lovely, open lyrics throughout. There’s genuinely a whole lot to appreciate within the array of music The Damnable Cads create.

Drive Me Wild kicks things up a few dozen notches, the track hits hard with it’s rock and roll, it’s overall theme and feeling of wildness fills the room with that get up and dance power. There’s a similar feeling with the track All Night Long, but in many ways it’s a completely different kind of track yet again. There’s a strong indie sound to the latter, at which point you really start to grasp the musical variation and creativity at the heart of The Damnable Cads.

It’s also the point at which you really start to notice the lyrical freedom within the band. Nothing seems clichéd, overused, or imitated, which is impressive for a self confessed 70’s glam rock band – that awesome infusion of modern guitar adds an important touch, as does the lead vocal and the overall tightness of the band, the way everything works together so well. It’s damn good music, all in all – every track is an absolute joy to turn on and turn up loud. It makes you feel entirely ready and eager for the summer time to kick in – one of the most keenly desired effects of music, successfully and superbly executed within the songs of The Damnable Cads.

Time and time again the lyrics draw you back into the music, just as you feel like drifting off into your own little world of escapism. If you’re not up dancing and rocking out to these tracks, you’re thinking about the words. More often than not they do indeed live up to the whole sex, drugs, rock and roll lifestyle. Come On Girl, for example – they say what they mean, they mean what they say, and they’ve got the music and the image to back it all up.

I’m feeling good again, baby. Girls give me that high.
I’m thinking about a new love, baby. I don’t know why. 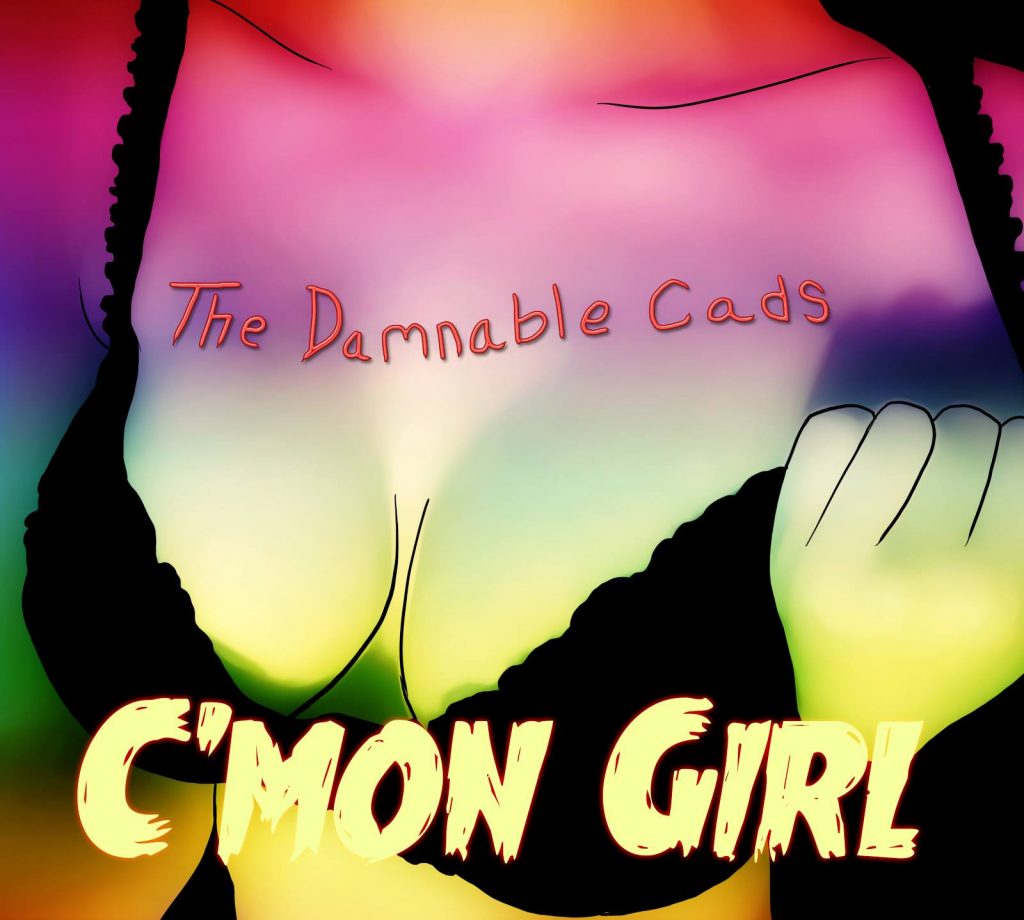 The Damnable Cads give you the feeling that rock and roll is very much alive and at the top of it’s game. Their music is addictive, your in the zone when you listen, you’re switched off from any trivial concerns and worries. Even the artwork for their tracks is eye catching and wonderfully expressive. They’re a must see band for 2016 and beyond. Here’s hoping their world travelling and beer drinking days lead them to a venue nearby, some time very soon.

Find Nick and the rest of The Damnable Cads online – follow them on Soundcloud, hear the music, turn it up to eleven, and head over to their Website to get a better feel for what they’re about. 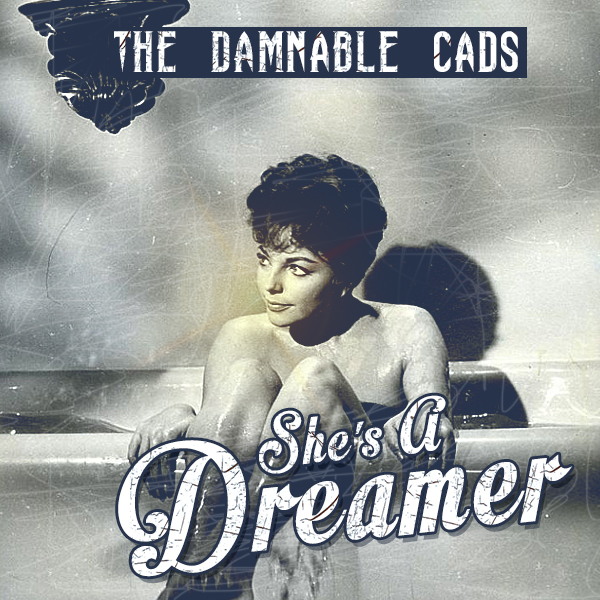