The Blankz - (I Just Want To) Slam - Stereo Stickman

This second set of tracks to cross our path from The Blankz offers a slightly different feel to what came before, yet even with that – you know the band from the offset. The punk-rock aura is there for sure – this sound is nostalgic and not unlike The Offspring or bands of a similar high energy. In terms of the songwriting though, the subject matter, even the instrumentation – the band lean a little further in their own direction here. The title track from this two-piece release alone is one with so much melodic character and a brilliant overall finish. The sound is distorted and crisp at the very same time, the space between lines is literally free from detail – genuine pauses that add an impressive layer of rhythm where you wouldn’t expect to find it; at least not these days. It makes a live show seem likely to be unmissable.

The second time you hear this it feels easily familiar enough to get involved. The verse lines are so short, the guitar work has so much personality in addition to the leading vocals – which of course offer that thread of identity on the front line. And on top of all of this, the hook – brilliantly unusual yet accessible and instantly possible to recall – and the instrumentation; those retro electronic keys we know and love the band for, keep this air of creative freedom and originality alive and well.

(I Just Want To) Slam is a brilliant song that it feels like a crime not to have enjoyed on a long journey before or as the energizing boost you needed on the way into work. The classic anthem we never yet stumbled upon. This is easily a personal favourite of the band’s to date. 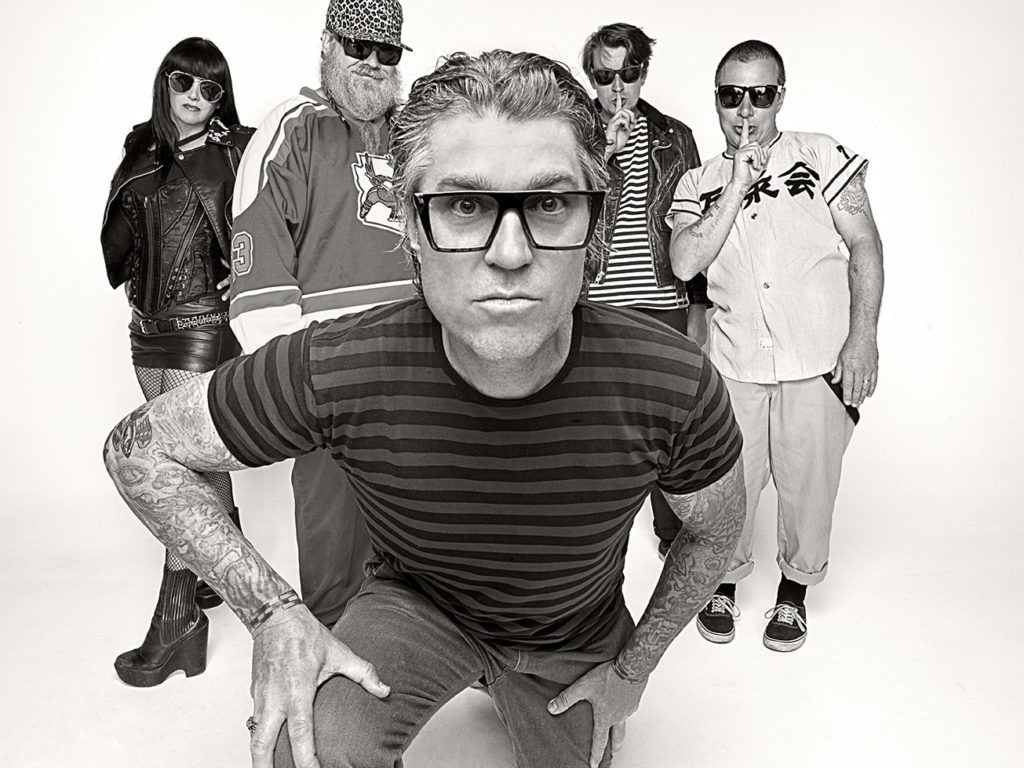 Baby’s Turning Blue is the second song on this short playlist and it feels a little more classically The Blankz – if their last release was anything to go by. The vocals and the lyrics, even the development of the melody – it all feels very carefree yet simultaneously gritty and, in this case, extremely intriguing and a little difficult to swallow. The sound is fun, but the title and the underlying concept fall somewhere far away from this – which, all in all, makes for a track that you can’t help but listen to.

The details work well, the carefree storytelling style seems to make everything seem OK – as is the role of punk rock, to normalize volume and chaos or at least to draw attention to it and create a shared understanding of reality.

In terms of the band’s whole approach to creativity and musicianship, everything they put out adds something impressive and unexpected to their repertoire. This is true to such an extent that as you go back and listen to their releases in full, they start to shine a little more brightly with all of this new information to consider. You get a sense that big things will come for them sooner or later, that music is an inherent, unstoppable part of their lives – that this creativity and their connection to the craft is an inescapable passion. The result of this is that the music sounds authentic, even with its nostalgia – the vibe is true to the band, and their skill and the raw energy they present are increasingly effective with each new moment. Absolutely worth a listen and I look forward to to next release.

This is the second in a series of nine 7-inches culminating in a full length compilation comprised of all the releases and their artwork. Download the music via Bandcamp. Find & follow The Blankz on Facebook & Instagram. Visit their Website to purchase the 7-inch or for more info.