Rob Kayes is the writer of the song Color Of My Heart, a release we recently discovered and loved by Crosstown Chameleons. This album The Long Shot is his own solo project, and it takes more of that powerful songwriting, a warming, easy to get into musicality, and drives with Kayes’ gorgeously genuine leading voice. The whole project is a pleasure to have play for you, feeling new in character and in the way the topics are approached, but also offering that pleasant nostalgic aura that music fans tend to so strongly respond to.

Never Giving Up On You is an unexpectedly beautiful song, one that, despite its simple familiarity, hits in the way that any heart-warming classic should. It’s an early highlight and very easy to listen to two or three times over and not get tired of it. The melody, the resolve of the hook, the concept, the organic set-up – all of this shines brightly. Kayes exercises a clear understanding of what works in music, what connects, as well as being true to himself as an artist and a writer. A great song and a great way to start the album.

Elsewhere on the album, Open Book is a comfortingly hopeful and fairly addictive song for the way its melody and concept evolve. Just Hurts My Heart is a personal favourite, this lightly rock-infused soundscape, alongside of another simple yet effective melody-line, offers the easy satisfaction of a well-written, meaningful, poetic and beautiful bit of escapism. The song is fascinating in detail, Kayes’ use of metaphor and his careful balance between the self and the world, content-wise, works really well in building a lasting connection with the listener.

Ebb and Flow is another highlight, a brilliantly uplifting acoustic guitar pattern drives the rhythm and pace of the song, followed by an instrumental build-up and rising melody that utilises emotion, poetry, and warmth to really captivate its audience. As the beat kicks in, you’re swept away on the growing energy, and as the intriguing, thought provoking lyrics continue to flow through, the song becomes more and more entrancing.

Hurt For The Last Time has a classically Americana or country-led vibe, feeling like a long-lost Eagles song at first, later growing to become more of a folk-pop classic. Hurt So Bad follows and continues this theme of pain and personal difficulty, the music is surprisingly joyful though, and at its heart the song deals with intimacy in relationships and loyalty – the idea being that it only hurts when you’re away.

Over You changes the mood with a more melancholy soundscape and melody-line. Kayes’ voice appears deeper, more reflective and still holding close to those believable, authentic inner truths. This one grows to be another highlight for the subtle but effective contrast between the feel of the verses and that of the hook.

The overall musical vibe of this project is a folk to Americana aura. The instrumentation is consistently organic, and Kayes’ leading voice is softly accessible and genuinely emotional in delivering each song and its sentiment. At its core though, the album is unquestionably driven by its strength of songwriting.

The song Blu, the album’s closer, offers a slightly more soft-rock and epic ballad feel, reminding me a little of Radiohead in the way the melody develops and in the passion that quietly pours through. It’s a final personal favourite, without a doubt, and a mighty way to finish.

The Long Shot in full is loaded with great songs, well performed, well produced, easily accessible, and always a joy to have reappear in the playlist. Download the album via iTunes or stream it on Spotify. Find & follow Rob Kayes on Facebook & Reverbnation. 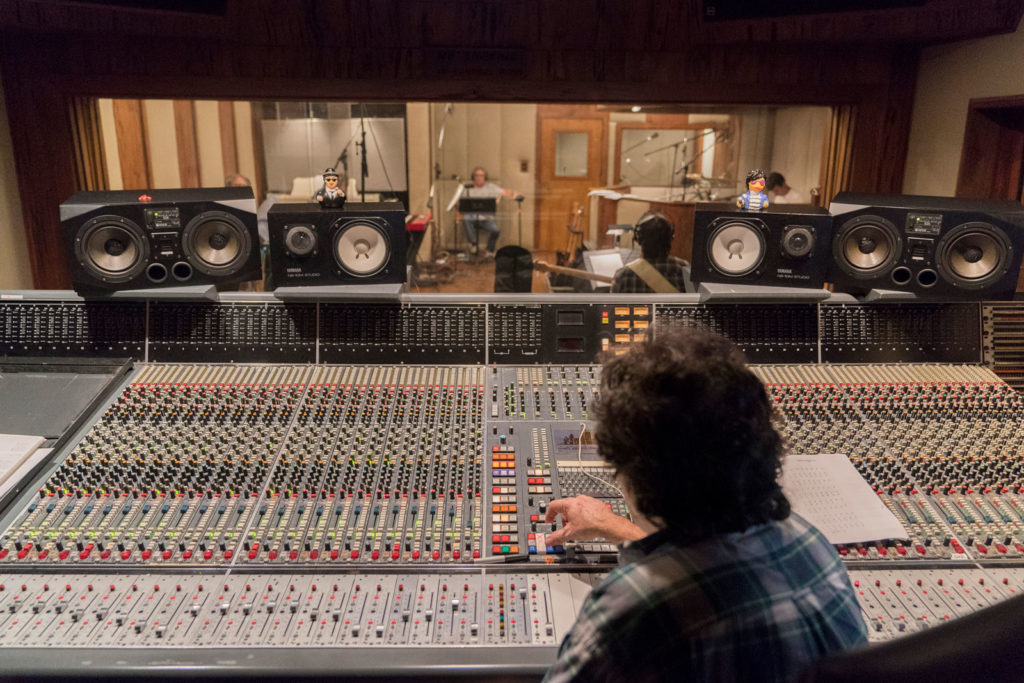