To be released on April 29th – Trump’s 100th day as president – The First 100 Days Of Destruction is every bit as open, loud and rebellious as PMKS fans should hope, and then some.

Opening with New England Bride, the band bring the raw and infectious energy of punk rock – distorted and thick guitar riffs, a lively a disjointed rhythm and structure, and a leading vocal line that takes only the most poignant of lyrics and drives them out in a passionate and unforgiving manner.

The word disjointed is not a dig, the band have crafted the opening track with thought and the developing sections of the track follow an effective pathway, but the instrumentation, the performances, and the live-show sound of it all gives the music that utterly real feeling – that feeling of now, right here in the moment, bearing all as it is with no desire to filter or hide anything. The truth is the truth and that’s exactly what you can trust in PMKS to provide.

Track two, You With Stupid veers off in a completely new direction from the opener. The overall wash of the music and the leading vocal remain familiar, as does the structure in many ways – the up and the down, the contrast – yet the music has a striking high energy and intensity in this case, and the language used throughout is notably more venomous and striking. It all takes place in a single wave of power, and so you’re likely to find yourself listening more than once to really get a full view of what it’s all about and to work out who it may be directed at (the video is more of a giveaway). It’s an unapologetic track that undoubtedly leaves its mark once listened to.

This Ain’t Kansas Anymore (Remastered) – an absolute classic and always worth a second, third and forth listen in times of difficulty. The guitar and rhythm fusion in this case brings about an unforgettable sounding piece of music with a collection of vocal sections that strike hard. The lyrics initially take the form of well known poem First They Came.. a rhythmic and hypnotic performance of a string of words we have come to know all too well in recent years, only in this case the words have been altered, adjusted, made relevant to a modern audience. This, combined with the energy of the guitar sound, and the later outpouring of ideas including touching on no longer having control, brings about a truly rebellious and utterly punk rock edge that refuses to stand in line and be spoon fed bull shit.

Click through to read our review of the band’s original track This Ain’t Kansas Anymore. 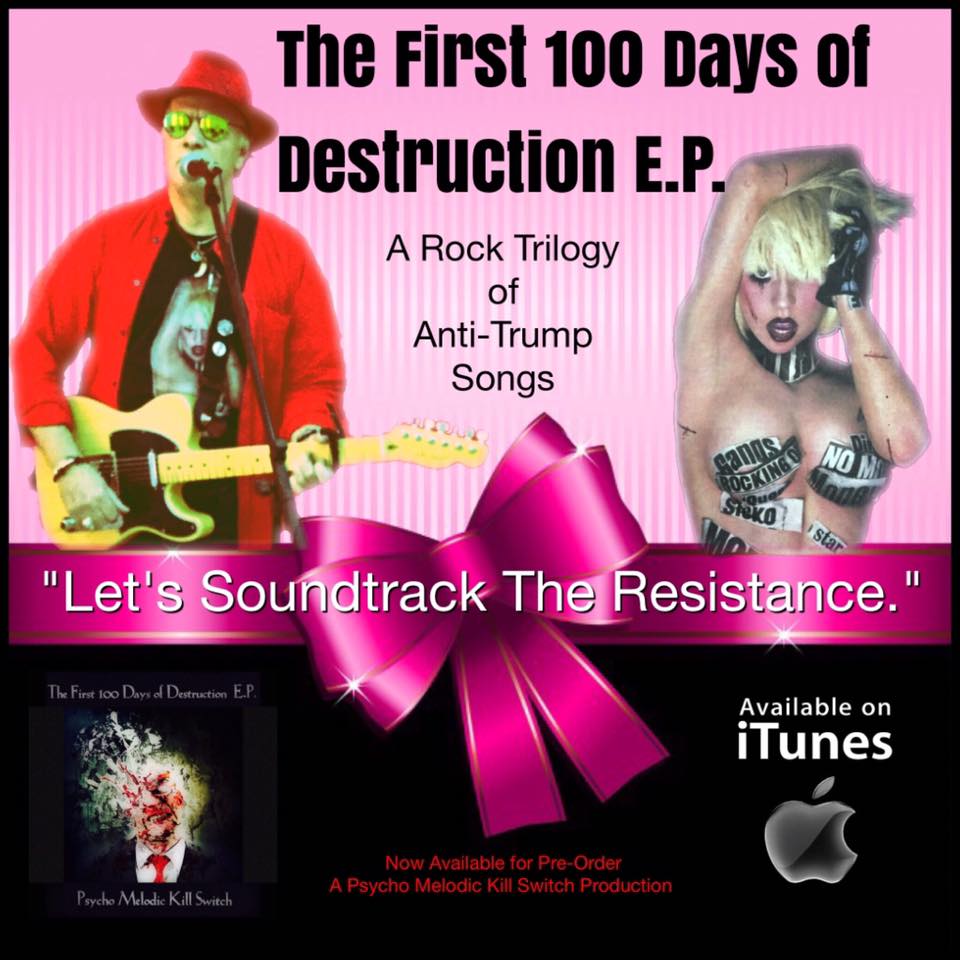 Psycho Melodic Kill Switch are one of the only remaining bands putting out this kind of music, these kind of ideas, with this kind of genuine, passionate, unfiltered energy. And furthermore, they put it out at scale. Their musical catalogue is ever expanding, their work is never ending, and their music consistently pays tribute to that.

The final track of the EP Stupid Dance provides a striking break from the heavy content of the previous three tracks. This EDM inspired, melodic bit of electronica offers up a lightly energetic soundscape that actually creates an arena of calm within which you can really reflect upon what has taken place. The track is a play on You With Stupid, but it takes only the concept as gospel, the rest of the track features creative play at its most enjoyable – the sounds, the effects, the riffs, the vocal snippets – the track has a vintage aura to it that somehow seems brilliantly relevant in it’s retro, history repeating itself sort of way.

Psycho Melodic Kill Switch refuse to disappoint, they don’t stand down, and they don’t write songs about minor issues when there is so much more to focus on. The First 100 Days Of Destruction is the voice of the resistance, it’s an anti-trump expression of freedom in the form of a creatively unique and impossible to ignore musical outpouring. It’s an important voice, and a hard hitting one at that.