The performance aspect of this best-of collection from Mr. Strange is undoubtedly what gives it such a multi-layered, colourful and unpredictable aura. When you fuse that with the lyrics and stories that lie within, you quite quickly come to understand why the band gave themselves this name.

Wonderful World of Weird opens up the album and offers close to seven minutes of theatrical expression – energy and rhythm, lightness and drama. It’s a piece that moves from the upbeat bounce of something pink elephants-like to the progressive rock weight of something much more conceptually provocative. A perfect way to introduce the nineteen-track universe that follows.

Though the strangeness is inherent in everything they do, the music throughout this album is brilliantly infectious – eclectic, consistently surprising yet notably satisfying at every step. Carousel sees an electronic-rock anthem burst onto the scene, still with those circus-like antics. The effort involved in the making of every song is something that effectively reveals the band as dedicated and naturally connected to this art-form; this is what they have to do, and they’ll be doing it whether you’re listening or not. You get a strong sense that a live performance is where things would really come alive.

As the journey continues, elements of synth-wave and retro EDM emerge – Disco B*tch is all of this, with a hint of distorted angst and chaos. Brain Dead Boogie is something else entirely but the energy and the performance hold true to that now easily recognizable Mr. Strange sound. The lyrics provoke further thought – this collection offers much more in the way of conceptual depth than the initial boost the music gives you might imply. Those alternative threads run throughout everything. 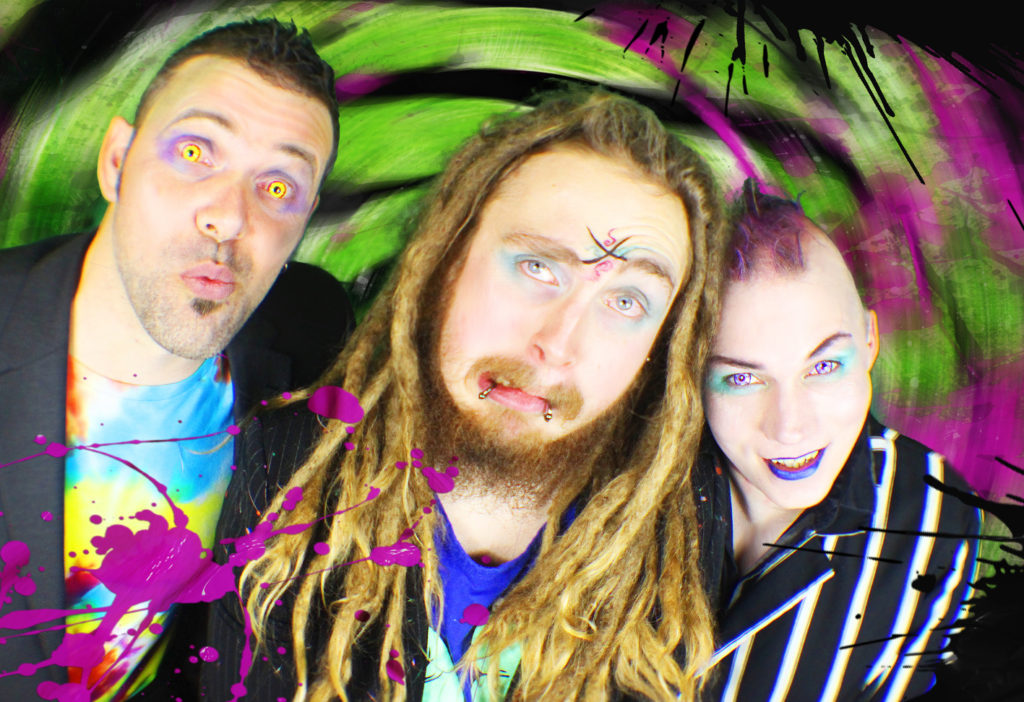 Clockwork Man sees a hypnotic and dark vibe overtake the room, then I Like Girls… explodes into action with its fast pace and simple desire for unspecific togetherness. A great riff and chord progression make this one of the more memorable tracks. Twisted Family afterwards veers off into strangely fascinating and perhaps surprisingly relatable territory.

Lizard Man is a great track, rhythmically on point and offering some mighty riffs and short verse lines that quickly win your affection. Addiction is another stand-out for its again dark yet relatable subject matter. The band tackle it in a funk-driven yet deeply honest and human way. Their take on It’s a Sin also makes for a rather big moment that’s really well-delivered.

Music Box (Redux) is brilliant, the soundscape rains down in a superb fashion – entrancing and energizing. Later on, Playground Twist stands out for its slower-paced, haunting aura. Exile afterwards is another highlight and easily memorable – the organic and electronic worlds collide as the band offer yet another anthem that’s likely to create a powerful crowd moment at a live show.

Mr. Strange lead with a sort of ‘expect the unexpected’ vibe. This collection is impossible to predict, yet everything within fits – perhaps for that very reason, or perhaps because they have their creative ways and they hold close to them in a genuine manner.

There’s Consequences is unlike anything that came before, but still it’s in tune with the underlying journey in terms of the ideas and the colorful elements. A clever way to finish, it leaves you with a surprising sense of calm – and more than a few things to think about.

The album in full makes for a fairly epic experience – you could turn to it piece by piece, as and when you need that alternative escapism, or you could go ahead and let the whole thing surround you for the extent of its play-time. There’s a party-vibe to the multiple layers of music and to the sheer energy the band members put into every single song. Whether it’s gypsy-jazz influenced or something a little more goth-rock, it still makes sense within this arena of organised chaos. A live show is undoubtedly the next destination.