The Beautiful Revolution imprints its ideas and energy upon your consciousness from the first few moments of music, and it never ceases to capture and keep hold of your attention from there on in.

The opening and title track unfolds with a funk driven musicality that’s hugely organic sounding. The voice over used throughout presents an array of important issues, expressed with confidence and power, and this creates a contrast with the positive energy of the music, which, in turn, makes it all the more striking.

If These Tattoos Could Talk is the first point at which you feel a closeness to the artist himself, though the music and the writing throughout this project really has a sense of being about the world, about humanity, about all of us together – it seems to be about the art, rather than the artist, and this in itself is something extremely rare these days. This second track though is an important one; being given the opportunity to hear a little background, to dive head first into the character and back story of the creator – it allows you to try to understand and relate, and so everything else that follows sinks in a little deeper because of this – you trust the voice, you trust the music, and it all makes a lot of sense.

Throughout the project there’s a massively varied display of musical creativity. Each and every track showcases something instrumentally different from the last, and the same goes for the energy and the overall vibe of each song. There are an array of moods and emotions underlined, and the music effectively portrays and supports the ideas expressed in the lyrics. Hello is a good example – the questioning nature of is there anybody out there? is reinforced by the somewhat haunting ambiance of the instrumentation – the hypnotic, repetitive music leaves you feeling a little lost in the sound.

There’s also an undeniable level of honesty in these tracks, and this is something of great value – the music is real, the writing and the words are real, the truth is placed right there in full view of it’s audience, and it’s important to talk about these things. It’s a pleasure to discover an album that talks about these things in a way that actually consistently entertains and intrigues – the music is every bit as skillful and compelling as any well received release should be, the added benefit though is that so much of what is being said has genuine worth.

The acoustic guitar on I Wanna Go Home is a refreshing change of direction, it leaves a beautiful space within which you can really hear the tone and the emotion and the personality of the leading voice. Considering the personal nature of the lyrics in this case, the up close and personal approach is brilliantly fitting. Things pick up a little for Dear Crooked Cop, there’s an intensity to the performance and a darkness to the music – again, a well executed portrayal of the themes put forth in the lyricism. The track seems to give you the feeling of being out on the streets as you listen, and that’s effective songwriting and composition in a nutshell. 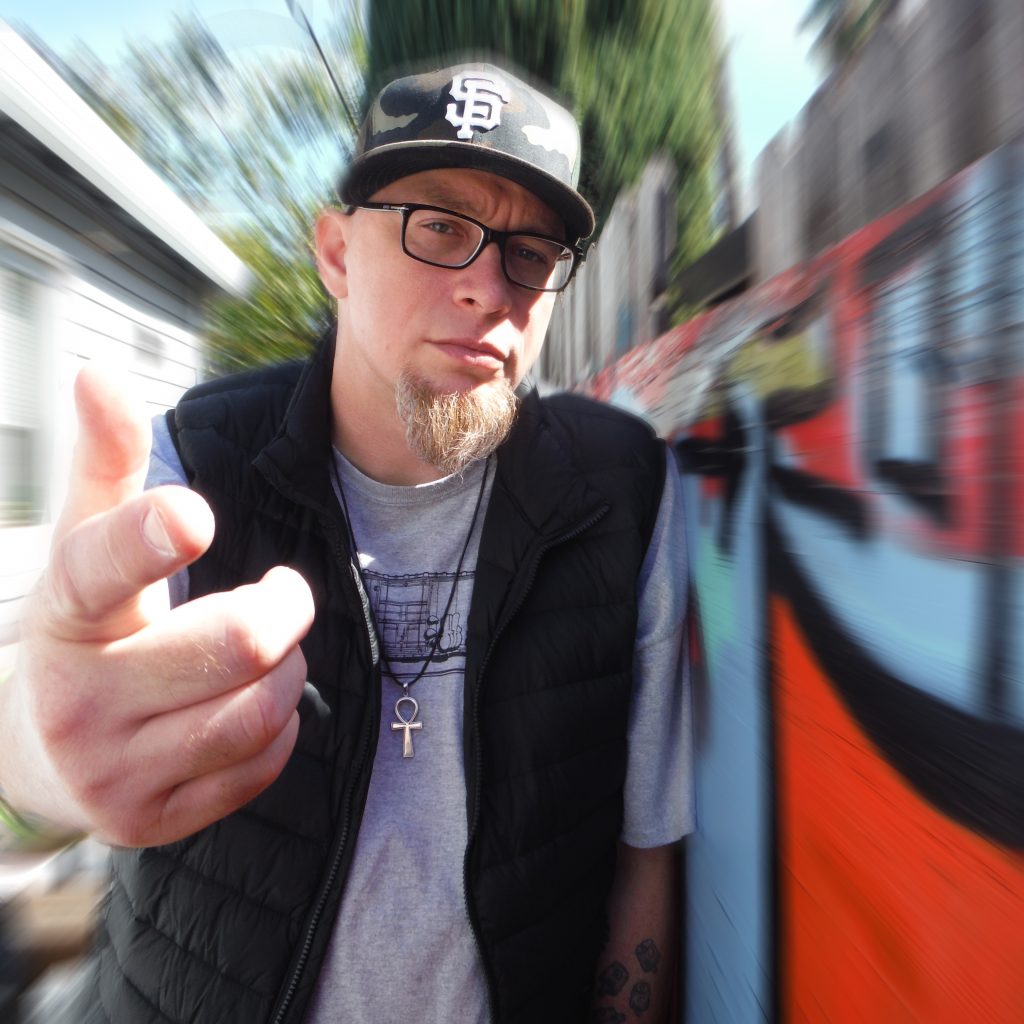 From track to track Mr. P Chill shares a multitude of ideas, and indeed the deeper parts of himself, as he bears his soul and his thoughts on modern life and the ways of the world. Change The World with Mrs. P Chill is very much the definition of a protest song; the artists take on the idealistic recommendations of the government and of society, openly rejecting many aspects of it all, and declaring themselves free of negative influence and rich with freedom of choice and independence. There’s an anthemic feel to the track that makes it all extremely memorable. It gets you thinking, and that’s perhaps the most important thing.

Musically speaking there seem to be a collection of influences throughout the album. For the most part, the artist’s vocal style tips it’s hat to the artists who have, in the past, touched upon important social issues as opposed to merely rapping about personal lifestyle choices. Mother is a track that musically has something in common with early hip-hop releases of the nineties, and yet, the topic has not ever, to my knowledge, been touched upon in hip-hop. For something so important, something that affects us all, and that will, eventually, probably, be the end of us all – it seems strange that more people don’t write about it. The track sounds great and has a crucial set of lyrics that we could all do with listening to right now.

The album is full of incredible tracks. You could select just about any from the collection and find something captivating, genuine, unique and intelligent. The musical spread is vast and varied, as are the range of topics discussed – every moment has been thoughtfully filled with something relevant and fresh. Eye Know is a little bit of a tribal or oriental piece of music with an organic, trance like ambiance, and there is in fact a mellow feel to this whole section of the album, which is really well placed after the high energy of some of the earlier tracks. Album arrangement is important, and it’s a job well done in this case.

The final track feels like perhaps the most mainstream or commercial of the collection. The vibe is again mellow, musically – gentle, but uplifting and hopeful. The vocal performance, however, is as sharp and informative as ever. The honesty is explicit, and this is something that speaks volumes. The music sounds superb, the energy is at times warm and wonderful, at other times dark and reflective, thought provoking – everything you could hope for in an hour’s listening.

The Beautiful Revolution is a project that captures and explores the essence of it’s title and every image or thought that the idea subsequently conjures up. It’s an absolute must hear, a great listening experience – one that sums up and highlights so much of what has come to pass in 2016. These issues affect all of us, and we can’t just hide away from it anymore.