This industrial-EDM-fusion project from artist and producer Missy Miss Behave brings together a wide array of creative elements and musical styles. From Slit… through …Crimson Penance these chaotic and haunting soundscapes emerge and surround you in a fairly incomparable way. The music feels distinctly expressive of certain human emotions, but it presents this in a notably electronic and, as stated, industrial manner. The production work is as free as can be, the audio encompasses you like some vast, unexplored desert.

Moving on through the project, You’re Dis•as•trous brings the comforting and familiar touch of a human voice, a memorable melody – simple and effective. The music takes a classic, thick and mellow hip-hop style beat, and fuses it with something a little more trip-hop inspired. The leading voice offers up a fairly RnB influenced driving force that guides you through the song’s sentiment and mood effectively. Following this, Wither takes things in a considerably dark and experimental direction – the latter half of the track settles in to a certain rhythm, with a certain piano part contrasting with a heavily distorted synth riff. It sounds great, hypnotic as it progresses. The album begins to appear as the complex and detailed work of art that it is. The tracks work fine on their own, but as a complete project the whole thing paints a vivid and slightly manic picture of the artist behind it all.

Black Coffee lightens the mood a little, a gentle female voice tells the story, the music is spacious and reflective, bizarrely structured which makes it incredibly fresh and totally unpredictable. The various melodic moments work beautifully, and the lyrics move quickly from the clear cut to the somewhat abstract and thoughtful in a captivating way. There’s far more to it all than the simple image implied by the title suggests. 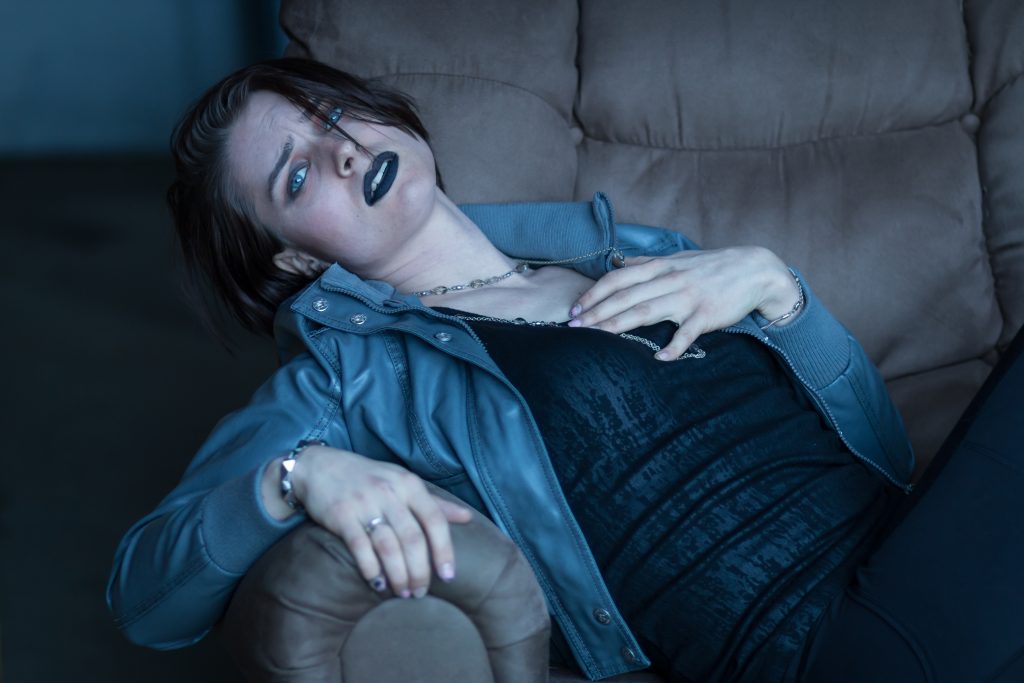 Moments found through Twilight Solace and Vengeance of the Closet move from the calming and rhythmic to the dark and unsettling, the latter seeming to offer a little more detail, perhaps, as to the solace that came before. Following this, all expectations and complacency are blown out of the water entirely. ****I** Lobotomized is a track that intensely portrays the concept offered up by the title. The music appears as hard hitting, heavy, gritty, and cold. It’s clever craftsmanship that really makes certain you’re paying attention.

Def Screams brings back the movement, the energy, the creative brightness. This meeting of the seemingly organic and the distinctly electronic creates something compelling and enjoyable to listen to. The production is out of this world, not just in the riffs and samples and effects, but in the way the whole soundscape evolves and surrounds you. The fine tuning is immaculate and it makes for something quite cinematic and powerful.

The album’s title track makes a lot of sense musical when it comes into play. This is decidedly one of the most colourful moments of creative ambiance, beginning in darkness and evolving into something light and joyful – the clouds parting, the day brightening up; the perfect representation of this title and underlying concept. The shift back to the coldness works well towards the end, the track itself feels like several in one. Missy Miss Behave undoubtedly has a unique way with making music.

!!love you closes things down with a notably energetic, EDM-soaked piece that still meanders in its own, relevantly free way, but that more surely fits the rhythm and vibrancy of popular dance-pop-fusion at the very same time. It’s a gentle and dreamlike way to finish, it showcases yet another side to the artist’s creativity, of which there are many highlighted throughout this project. It feels like a highlight in fact, though the second time you listen to these tracks they each shine a little more brightly and the mind will likely be changed a fair few times over. This music is categorically original, through and through. Hopefully this is just the beginning.