Mission is the second release from the eclectic and colourful project that is Gonetcha. The album draws attention from the offset, introducing the sharp and mildly psychedelic rock-tones of Dawn Beat to successfully pull you in – a definite early highlight. The music is chaotic and detailed, vibrant in a thoughtful way, upbeat yet not joyful – more considerate and fitting for those moments of deep thoughts about life and the world.

Lobster Game brings about the lyrical side of the project, a deep and almost conversational leading voice emerges, laying out the song’s sentiment in a slightly Depeche mode manner. Alongside of this, simplistic indie-rock riffs and an organic drum line create a very real feeling space. A dash of distortion contrasts with the fluidity of the piece, but for the most part it’s an ongoing, hypnotic progression of ideas. The Big If follows, the first moment at which something immediately memorable comes through. The sound is familiar now, considering what came before, though this song has a certain rhythm and flair about it that just seems fresh and effective. The contrast between the calmness and space of the verses, and the unwavering movement of the hook, is powerful.

As things move along, the instrumentation continues to explore further realms of expression. There’s plenty of creatively free guitar work, as well as many moments that float around you in an entrancing manner. Pumped Up is driven by a minimalist yet characterful bass-line, the likes of which creates a fitting space to let the lyrics really stand out. The quirkiness of the project steps further and further into the spotlight.

Time Zone has a touch of nostalgia about it, a different kind of familiarity – this classic rock and metal vibe appears, the melody and the music offer a hint of the medieval; an Iron Maiden or Black Sabbath-esque aura. The pace is intense, high energy pours through – Eight Stops comes afterwards though and mellows things out a little. The structure of this one surprises you, the pattern highlighted by the opening verse is broken away from almost entirely as the later parts of the song step forward. The pace picks up, the ideas fall over you – this concept of changing direction fits the ever-evolving soundscape pretty well. 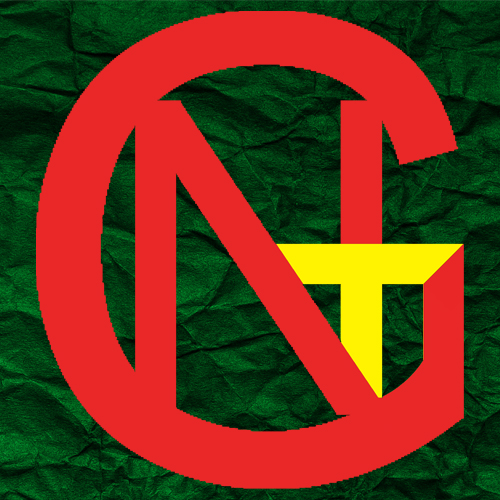 Submarine Wreck sees the bass-line personality return, the leading voice as well accompanies this sentiment, briefly, with notable drama and a somewhat seductive tone and performance style. Again, the pace suggested by the introduction is toyed around with as the song moves along. You get to know this as the Gonetcha approach to creativity. It makes more and more sense, the unpredictable nature of the music, as the project progresses.

There appear to be a number of hints of influence throughout this release, but every time it’s mild – the overall vibe is unquestionably true to the Gonetcha form of artistry. The ever-changing pace and heavy use of contrast is a big part of that. What About is all of this and more, offering a touch of less heavy Marilyn Manson, in some ways – appearing as something of a theatrical expression of unstoppable thoughts. What You Stole picks up the hard-rock edge a little more-so. Simplicity is still key but despite the space – the character that comes through is distinctive and striking. This one has a slightly hypnotic, tribal mood – the chorus of voices, the chant-like melody, the weight and darkness of it all. Spine Quirk seems like a musical sequel in some ways, following along quite flawlessly. The lyrics feel more personal though, more intimate in terms of the artist or songwriter behind them.

Unexpected is one of the more socially viable yet still quirky songs from the album. A touch of Franz Ferdinand emerges, though the track is still far from the expected structuring of mainstream indie-rock. There’s plenty of originality at hand, great riffs, a memorable melody, and a sliver of electronic effects that add a final, colourful dynamic.

The Messenger brings things to a close with all of the above – that recognisable bass-playing, that unmistakable leading voice, the mind-wandering nature of the musicality in general. The lyrics ponder life a little more, reminding you of the ideas that made up the collection. They are always short, the lyrics, always seeming like mere snippets of deeper thoughts or poems. It works within these high energy, ever-shifting soundscapes. You’d know a Gonetcha record after spending even just a little time with these songs. A live show would likely bring everything to life even more so.