Essex-based singer-songwriter Georgia Box’s sex positive anthem Coco is a well-produced pop song that could comfortably fit within the mainstream.

It’s incredibly catchy; I remembered the chorus entirely after the first listen. The answering phrase presented by a distorted voice is a nice touch given that there are a tonne of other pop tropes present earlier in the song – such as a heavy reliance on synthesizers, trap style hats, and the ever ubiquitous marimba triplet rhythm. The use of the more obvious-leaning features commonly found in pop music isn’t a negative though; they’re all tastefully used and hark back to the clear afrobeat influence, and the influence suggested by the title of the song.

For me, the standout feature was the pre-chorus. I’ve written before about how a good song needs to have a good bridge, but in all honesty, I think that a good pre-chorus is infinitely more satisfying and better shows the talent of the songwriter. Georgia’s pre-chorus does exactly what it should do, it builds up to the hook through the introduction of new timbres and lyrical ideas. It reminded me somewhat of Sigala, in turn making me think that the song would work if synced on beach-based summer shows like Love Island. The fact that the chorus instead places more prominence on the rhythm of a kick drum rather than the huge pumping synths of years prior places this song higher in my estimations for attempting to be that little bit more unique than the other pop songs we hear on a daily basis. 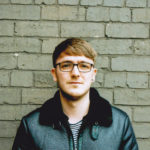