Derek Picard has written a quickly enjoyable song for his latest release. Sweet Surrender offers a lot in the way of that big band, jazz-funk, almost Christmas joy style of musicality, and it’s a memorable, undeniably warm track – loaded with good vibes, soul, and a dash of rock and roll.

At four and a half minutes long, this really feels like a much more substantial single than the majority of pop-influenced, independent releases of late. This means that you get a little longer to revel in the sound, the chord progression, the optimism – and a little longer in the world of music can feel like a big deal. The way the song has been crafted means that each section is well thought out and effective, leading confidently and rhythmically into the next in a smooth and natural manner. The verses offer space, a touch of musical swagger, nothing too heavy – those lyrics appear as short lines; Picard’s voice is where your focus is. Afterwards, the hook brings the full throttle vibrancy of the big-band sound – the sax, the choir of additional voices, the repetition of that central idea. The contrast throughout works well to give the song impact.

Derek Picard’s voice suits this sort of soundscape and songwriting beautifully, it feels like a genuine, heartfelt performance – it sounds like he sings for the sheer love of singing, and that he sings this particular song for the sheer love of a significant other. The authenticity runs deep and that makes it all the more enjoyable and believable to witness. You get a sense that a live show would reveal multiple layers of impressive musical colour and detail. From a songwriting perspective, as stated – this one connects pretty quickly. You’d likely recognise it and embrace that rhythm and that uplifting chord progression in an instant. 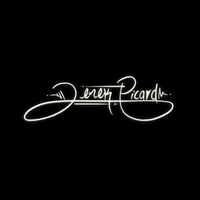