Derek Lee Goodreid - God, The Devil and I - Stereo Stickman

From a songwriting or purely creative point of view, this album from Derek Lee Goodreid really reaches out quickly with its passionately free approach to expression. The title track kicks things off and Goodreid’s energy and character pour through in an instant. To later consider the set-up of this project, that it was crafted with the help of digital session musicians – the magic of the internet in bringing together those who share a love for Americana or Rockabilly or whatever else it is that gets you hyped – this opens up the gate even further as to how creatively vast and powerful the music really is.

Goodreid wrote these songs following and perhaps during the later months of a time of absolute personal difficulty, feeling isolated and depressed can push you deeper into the artistic realms if you let it – a possible shining light in an otherwise overwhelming darkness. In order to bring it to life, he sourced musicians on the freelancing platform that is Fiverr, and thus – God, The Devil and I began to see the light of day.

The songwriting on this project is really unique, particularly at this time in our lives and with the music that generally makes itself known. My Majestic Mountain Home was a personal early favourite, the space on the single, the purity, the story-telling and scene setting, the sudden vulnerability of Goodreid’s vocal performance. There’s something beautifully raw about it and it reminds you of the honesty and realness that led to this collection. Before this, Keep Your Mouth Shut showcases a snappy bit of guitar work and a vocal line that works hand-in-hand with something of refreshingly mellow yet nonetheless Hendrix-like vibe. After this, Red Dust Road has an early Elvis Feel; classic, manic, designed to make you move. 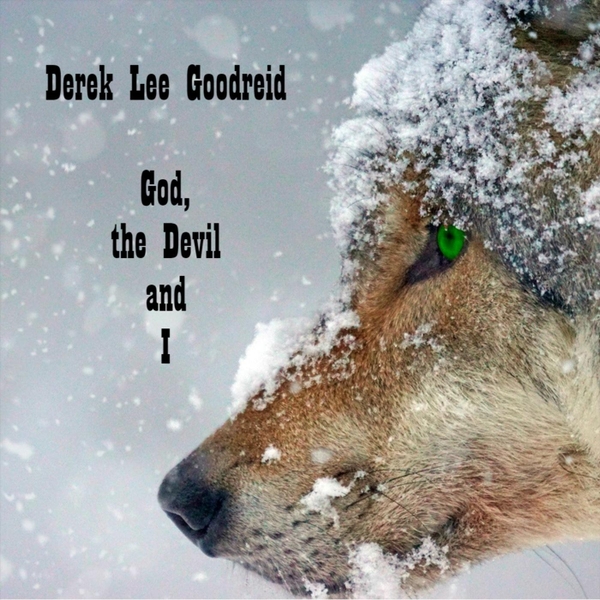 After listening to the album even just once, having adjusted to the vintage and carefree nature of the musicality – as in, having overcome the initial hype or excitement of hearing this sort of music re-ignited – the songs later start to speak to you a little more intimately. Goodreid’s words and his stories appear far less detached and purely there for the music, they ring true to his experiences and his perspective at this time in his life. Everything from the very title of the album to the consistently familiar theme presented across songs like Sevenfold, it all starts to connect in a totally heart-wrenching way. Having heard the words and angst of Sevenfold, you then go on to hear the blues-rock build-up and ache of My Inheritance, the seemingly free-style and gradually heart-breaking presentation of Prodigal, and the acoustic delicacy of For All Time. By now, you’re in a totally different place than the album’s opening musicianship may have lead you to expect.

Anyone who has found themselves lost in a lengthy patch of personal struggle will likely hear the words and the sheer cry of these songs in a completely immersive way. Those repetitive, inescapable thoughts and ideas that swarm – they take over the beauty of the world. Although it’s interesting to hear quite how these feelings affected Goodreid – his interpretation and his story-lines are incredibly unusual, unpredictable, beautiful and haunting all at once – they still, at their core, connect with those deep human values, and those pot holes, if you will, that so many of us seem to hit.

Where Is Your Sting, the final song on the album, is perhaps the perfect way to encapsulate all of the above. The fear, the final thoughts or the final destination as a last grasp at hope, being subsequently ripped away with everything else that could once have shone brightly. Goodreid talks of his lover doing good for others yet not being allowed into heaven regardless. This song quickly becomes an absolute stand out from the collection, and in fact, it makes the rest of the project sound different yet again as you turn back to regather it all. To ask death where is your sting, to finish the experience with the very poignant line no one will ever see us again, it feels contrasted yet definitive – a final certainty after all of this confusion and insecurity.

Goodreid has arranged the songs on this project in a powerful way, the music works hard to keep you captivated, energized when necessary but intermittently reminded of the heart and humanity that made it. The musicianship showcased presents an impressive and vast collaboration, everything sounds great, fresh and retro all at once, and of course, Goodreid’s voice and songwriting style, his genuine nature, his unstoppable imagination – it all makes for a playlist that’s unlike anything else you’re likely to hear right now. Well worth diving in to.

One response to “Derek Lee Goodreid – God, The Devil and I”