Craig Johnstone - I Wanna Be a Regaler Guy - Stereo Stickman

After obsessing a little about the track Put Down The Gun, Jake, it was impossible not to explore Craig Johnstone’s musical catalogue a little further. His sound has a freshness and a freedom about it that is incomparable right now. I Wanna Be a Regaler Guy is considerably different to the original track, but it’s still, categorically, no exception to this rule.

Taken from the album We Humans, the track opens with a reverb soaked beat that gives off a little of an eighties vibe, perhaps even makes you think of a live keyboard loop during the performance; until things get a little bigger that is. Soon enough the leading vocal comes in, providing you with these lyrics that are everything you’d hope for in a song of this sort of title, plus, the melody is one that sinks in fairly instantly. And then the music expands, and it all starts to really pull you in.

What’s interesting about this piece of music is that the vocal performance really stands in contrast in many ways with the piano and the double bass parts that play on consistently. The voice is drenched in reverb, and quite unexpectedly drenched furthermore in a rather genuine sounding level of emotion and fret. If at first it feels like sarcasm, later on it really starts to feel like depth. It’s the musicality that does this at first, then the closer you try to listen, the voice itself bears something very close to honesty – which suddenly makes perfect sense when you’re knee deep in the overall sound and instrumentation. As is the case with a lot of Craig Johnstone’s songs, the music has a sound that is creatively and expressively free, and this takes shape in whatever ways the artist deems fit at the time, which keeps things consistently interesting.

Much more than this though is the fact that the very heart of these tracks, the essence of the songs, the song writing and creative reach itself – is always, always, of a strikingly high level. This song builds up an audio theatre of sorts, flooding your mind with atmosphere, a very real and undeniably raw sort of atmosphere, and making you really want to listen hard to make sure you don’t miss any of the lines – the fear of missing the point of the song, or the line that makes it all clear, is very real. You’re definitely doing something right if that’s a concern you can draw from your audience. It’s also yet another song that will send you away singing it’s hook, perhaps humming or even just thinking it, uncontrollably, for (quite possibly) the rest of your day. 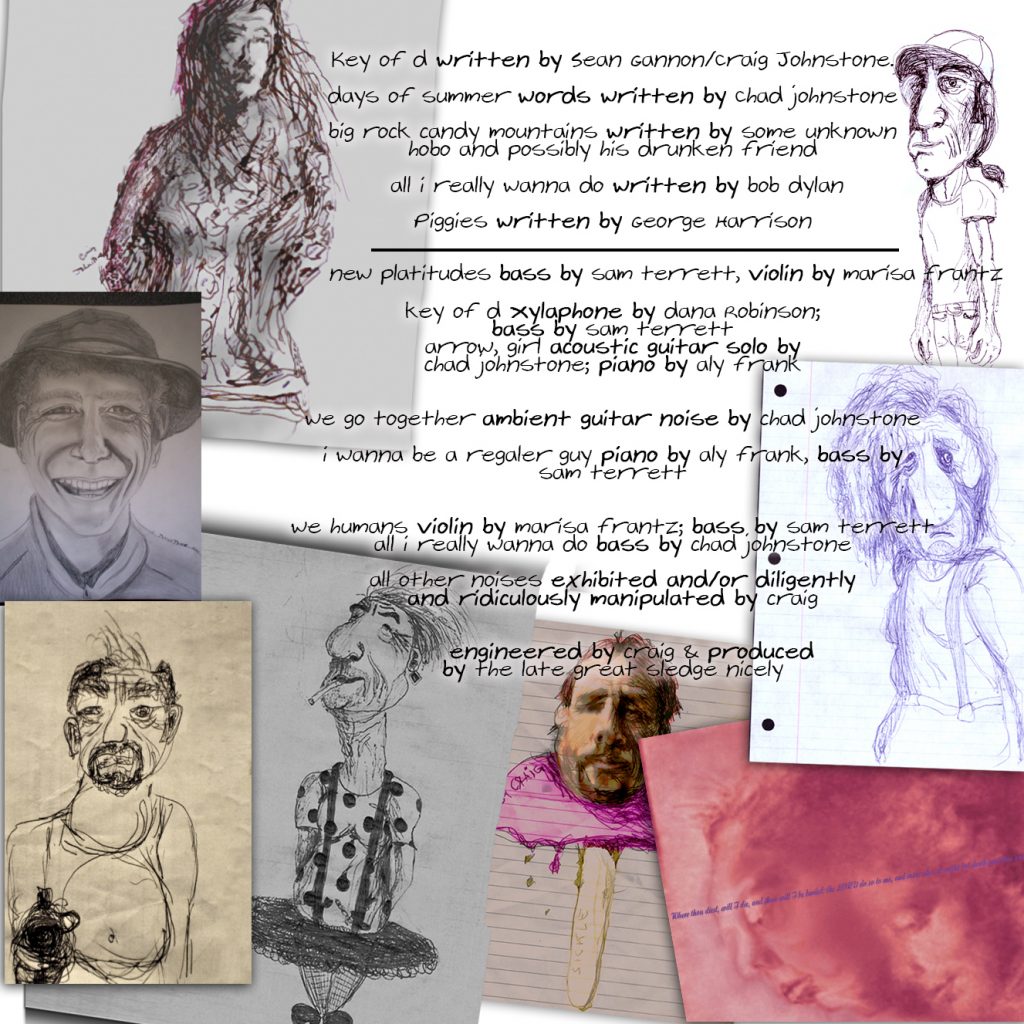 One response to “Craig Johnstone – I Wanna Be a Regaler Guy”