Suggesting or hinting at the concept of freedom within art or music is very different to entirely encapsulating it. With the former, the result offers a touch of inspiration, but with the latter – the experience completely surrounds you with the uplifting, energizing aura that is the essence of freedom itself. When it’s music, this is not just in the lyrics, this is the development of the whole soundscape – the chords, the riffs, the rising passion, the evolution of the melody. The song Free from singer and songwriter duo Collins and Streiss is the absolute perfect example of a song embracing entirely the concept at its core, and successfully passing that feeling on to its audience. 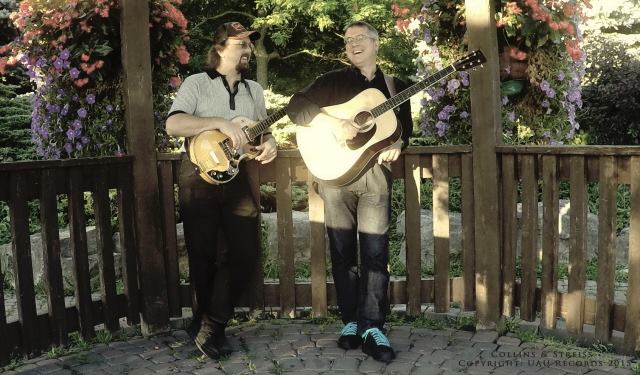 It surprised me after a second look that this song is close to six minutes long. The experience holds tight to your attention and affection, and all the while it appears to dissolve your concerns and soak you in this uplifting, peaceful sense of possibility. It’s a song that progresses in a notably gradual manner, beginning with a simple piano part, introducing the leading voices and the melody in a way that purely satisfies. For listeners who love the simple pleasures of enjoyable, meaningful songwriting, this is more than enough in itself to keep you captivated. As the song moves forwards though, things just get bigger and brighter and even more inspiring. The musicality grows with every new section of the writing, with every new idea, and so does the passion showcased within the performances – in the sound of the voices, in the sensational guitar parts, in the saxophone, the harmonies, the chorus of voices that add to the final build-up.

What you end up with throughout the latter half of the track is an almighty ambiance that is hugely colourful and beautiful, not to mention distinctly organic sounding. You can feel the raw energy of the music and the writing, and this makes it just blissful to have play around you. The final minute or so is mesmerising, to the point that it could all go on much longer than it does, and it already exceeds the average song length of recent years. You know something works well when you could quite easily let it do its thing for an unlimited amount of time. This one is incredibly easy to play on repeat. A beautiful, powerful song that works wonders in the midst of a cold winter.

One response to “Collins and Streiss – Free”