Motion is the sixth album release from artist and musician Black Malachite. There’s a lot to be said about the detail and complexity of this entire project, but one thing that’s for certain is that the sheer fusion of experience and creative drive is beautifully highlighted from start to finish.

Beginning with Preparation, a blissfully calming electronic soundscape very gradually emerges, taking its time to create around you the perfect arena of audio. The music is delicate yet effective, light yet full sounding – the instrumental journey through this single piece is mesmerising and wonderfully thoughtful. At around the half way mark things change direction entirely, perhaps quite cleverly representing the concept of preparation; the panic, the excitement, the uncertainty. The mood is kept at a similar level throughout but your thoughts are notably redirected by the evolution of the music – a trait that makes itself known fairly consistently within this project.

Disassociate is a stunning follow-up. The emotion and energy of this one lights a fire within you – it feels inspiring, motivational, reflective and considerate. The leading riff that surrounds you throughout has a powerful quality, it’s almost haunting, but not quite. The piano sound is beautifully raw in contrast with the electronic accompaniments. Black Malachite makes clever use of contrast and creative variety throughout this collection, and it keeps you involved and intrigued at every moment.

Internal has a space-like smoothness to it that allows you to escape entirely into the music and the moment. Chill To The Marrow comes afterwards in a superbly appropriate manner. The style and character of this one has a seductive aura that is simultaneously rhythmic, uplifting, and soothing. The sound of the beat is crisp and captivating in itself, then you get this synth-led audio story-line that’s completely enthralling. Black Malachite’s attention to detail is fantastic, the production quality is flawless and the creativity is so free from the confines of expectation or industry rules. It’s an absolute pleasure to embrace this album.

Falling Snow opens up as the perfect musical match for its title. The lightness of the initial riff is soon contrasted with the weight and depth of the bass line, which again is contrasted by the subsequent space and the unique vocal instrumentation follows – a sound that seems to lure you in to the core of the song and its sentiment before soaking you in the fullness and vibrancy of the completed piece. This is far more than music in my opinion, the progression feels like the scenes in a series – a mini-season of something dark and alternative; Mr Robot with a touch of both hip hop and classical music to really spice things up. 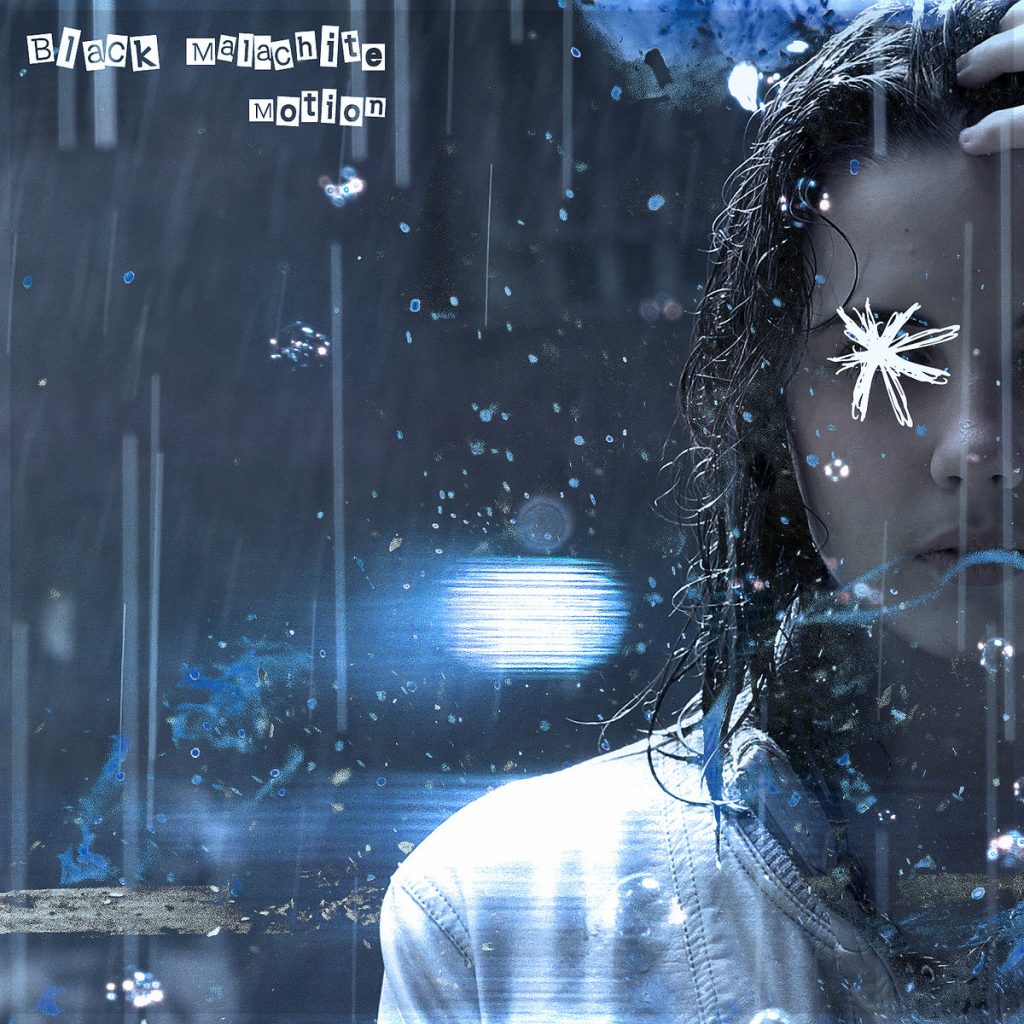 The emotional delicacy returns for Mental Stasis, a simple yet absorbing set of notes and riffs appear one after the other, slowly cascading and connecting around you – though never for long. It’s impossible to predict where any of these tracks will go at any given moment. It reminds you of both the depth and fragility of life at the very same time.

Passage (Interlude) is a brilliant snippet featuring the iconic Jim Carrey. This is something you need to hear for yourself, though it really pays to let it arrive at its rightful time within the context of this album. Goodbye comes afterwards and presents the fresh sound of an acoustic, gently finger-picked guitar part. The sound is hopeful now, it doesn’t feel like a goodbye, it feels like a new start – the sound of reaching the top of the hard climb and seeing the world as it really is. Another unexpected moment but beautifully relevant and welcomed at this point.

Glow Part II is a minimalist, organic musical performance. This latter section of the album has an overwhelming sense of optimism and joy to it. The piano part here is tinged with a touch of sadness though, and as you follow it along, you realise it is not the instrumentation that is the thread throughout Black Malachite’s music, but rather, it is the way he expresses the things that are on his mind. There’s a combination of the calm and the chaotic, the concerned and the comforted, and it’s fascinating, and powerful to experience. This particular piece is stunning, simply put. It leads smoothly into the final track of the album, Iridescent – another aptly titled piece of music, and a final reminder of the intelligent fusion of creativity and humanity and professionalism that has made up the extent of this release.

The realness of Motion is overwhelming at times, and yet all the while, the electronic ambiance of much of it seems anything but real. To listen once is to experience something soothing and inspiring. To listen a second time is to really feel unforgettably moved by it all.