Music: The Bearable, The Great, The Addictive - Stereo Stickman

Our passion for music, or even just our consistent desire to infuse it into as many parts of the day as possible, is something that cannot be dusted away like some uncommon habit. Search for something like music is life on Google and you’ll find yourself swiftly spiraling towards the impossible end of a loud and hectic whirlpool. It’s a shared and necessary love, and regardless of preferences – we simply won’t listen to music we don’t like. We won’t buy it, we won’t support it, we won’t let it continue to play when it slyly tries to sneak it’s way out through the stereo.

So, stepping forward from this, the scale with which we measure the effectiveness and importance of a particular array of sounds, (because every good written lecture needs some sort of ‘scale’..), begins, most probably, at about five. (One to four aren’t relevant here, but they may well be at some point in the near future; we’ll keep it fair, and needlessly confusing). Five is a song you can bear listening to all the way through, you might even bob your head a little or sing along to some of the words. For the purpose of this piece, we’ll assume there is no complexity to human emotion and choice, and we’ll end the scale at ten.

Ten is a song that you are utterly and inescapably addicted to. It’s one you’ll remain addicted to, until you’ve played it so many times that you can no longer stand the sound of it – it’s not the same song it used to be; it promised it would never change, but it did. It’s basically now your own minds rebuild of the idea of what it used to be. It’s the sound of what it meant to you, and it reminds you of this heavily addicted time in your life, when you were controlled by a few particular minutes of music. How could something you loved so much become such a relentless and repetitive plonker? Such a let down.

An addiction to a song is almost impossible to predict. Sometimes you hear something, and you immediately think of a certain person – maybe you like being reminded of said person, so you listen again, and it makes you feel a little better than you did before the song came on. Alternatively, in terms of predicting addiction, maybe you thought of a certain person whom you are fairly certain would love this track in so many ways. A lot of the time, these things fall flat on their arse. You get excited, tell the friend about the song, and they just aren’t that into it. What? How? What the hell is wrong with you? Some times though, you introduce them to something they do begin to love, and they build a little addiction to it themselves. You got your friend addicted to something, but at least it makes them happy (or, re-enforces and somehow justifies their sadness..).

Some songs are simply great songs; well written, accessible to many audiences, great rhythms and easy to remember – the kind of song you might not download or listen to when you drive, but it’s likely to get everyone smiling and moving when it comes on at the weekend. It’s like a hug or a high five from someone who sells you coffee a couple of times a week. A little bit of a boost, nothing too emotionally loaded. Addictive songs are often unique to the user, which makes this, in itself, a pretty unique area of obsession. However, do simply great songs reach out to millions of people, or does it now require listeners to be slightly addicted to the sound in order for them to go ahead and download it?

Some songs you hear about as having touched millions of people in an incomparable way. It changed their lives, it pulled them out from a dark place, it reminded them not to worry so much – this can’t be the effect caused by simply hearing the song just occasionally, on the radio, at the bar, etc. It must surely have stemmed from listening over and over, again and again, around and around, louder and louder and louder. That’s kind of how we learn the words and inflections so flawlessly (in our minds), right? That’s how we’re by far the biggest fan of this song, isn’t it?

Of course, some songs are an absolute buzz kill to have in your life, and no matter how hard you try; you hear it everywhere, you know the melody, you know the words, you simply cannot escape from it’s sticky, over sampled clutches, despite having loathed it from the very first moment you heard those opening bars. A little like those people who became addicted to cigarette smoke just from working in bars alongside heavy smokers all night long. They never smoked a single cigarette in their lives, and they probably hated the smell, but you can’t just hide in your utility room forever.

Does this mean that number ten on the scale could equally and quite easily be placed as the currently non-existent number one? No, that’s just silly. You’re not addicted to these songs, they just pierced their way into your consciousness like mass media advertising does, and you can’t help but remember that pap regardless of your efforts. I suppose this voids the cigarette thing a bit.. Maybe they don’t get addicted to the smoke, they just get ill from it. Yes, the smoke they loathe but can’t avoid just chokes them over time. That’s a much better parallel. 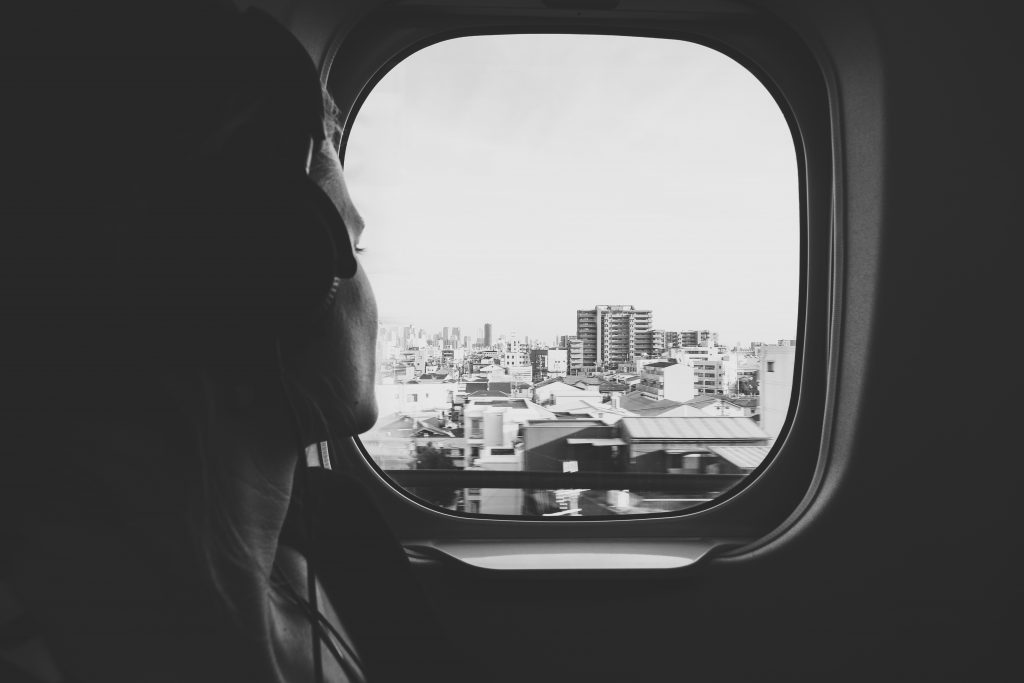 The songs we get addicted to start out, categorically, I’d say, as songs we love. You get to a point in your life when there’s just no easy way to live without taking a few minutes out of each day, several times a day, to listen in isolation to that song that knows you better than anybody. The anxiety won’t settle unless you do it. The day can’t go on, the tasks can’t be performed, you cannot be productive and progressive until you’ve listened to it – just one more time. And then, ah, thank God – everything’s alright again. The song told you so. You know the song inside out but you really just needed to hear those notes and that particular recording just exactly as it is, one last time, to remind yourself it’s real, and not just your own mind making up melodies again**.

And because we’ve been here so very many times before, we want to listen over and over again as much as possible, because we know that one day – one day – we may never be able to listen to it again. We’ll ruin it for ourselves. Much like if you were to only eat one item of food for weeks and weeks, because it was your favourite, and you’re an adult now so who’s going to stop you? The day will come when said food can no longer make it past your lips. The smell and the taste will haunt you. You’ll ruin it for yourself.

As with everything in life, those famous words rise up to the surface of our consciousness yet again – enjoy in moderation. Moderation is the key to a happy life. But, the problem is, sometimes you find a moment that is even happier than happy, and you simply want to live there for a while, in that moment, in that lovely little bubble. After all, it’s not an unhealthy addiction, surely. It’s just one that might ruin the things you like. But if you like your new bike so much you’re going to want to ride it every day, and eventually you’ll run it in to the ground and need a new one. And you’ll probably find a new one, and love that one just as much as you did the last, if not more. Same goes with music. Maybe it’s ok to play our favourite songs over and over until we ruin them. They’ll still sound okay, they just won’t have that same pazazz they used to have. They become, as Gotye would say, somebody that you used to know.

On the plus side, you probably learned a lot from listening so intensely to that song over and over. I bet you know more about that song than anyone, in terms of the sounds and the lyrics and the production. You secretly are the God of that song, and always will be – it’s in your long term memory bank now, like it or not. I bet you even know it better than the singer. (Maybe don’t open with that if you meet them though).

Music is a weird and wonderful thing. There are far worse things to be addicted to. Roll along with it, for sure, but maybe tell a friend – just to be on the safe side. I’m really glad you read this all the way to the end. Thank you!

**If you do discover that it was indeed your own mind making up melodies again, this is not bad news – this is great news. Creativity is one of the very best things humanity ever over indulged in. Go ahead and make some new stuff. Let your mind dump it’s load on the canvas of the world, so to speak. Drop songs, not bombs.