One man band and artist Eski, otherwise known as In Silent Agony, is about to release his third EP of the past twelve months. We were fortunate enough to catch an interview with him to find out a little more about his writing process, the motivation behind his music, and his thoughts on the mainstream music industry. Here’s how it went.

Hey, thank you so much for your time today, and congratulations on the latest EP release!

Thank you very much! I’m very happy to be talking with you today!

There’s a very distinct sound about your music that makes it easy to recognise your tracks. Having said that though, Villainous and Treacherous are two fairly different sounding projects.

How do you go about writing material for your releases; is there an initial concept in mind for each, or do you decide as you go along which tracks will work well together?

I love to write songs. As you begin to amass a collection of songs, you can feel that some of the songs flow really well together. The concept tends to come later, as I begin to write lyrics. With my solo releases, I’m sifting through nearly 30+ songs, to see which are the furthest along, and ready for release!

How do you generally begin when creating new music – are you a lyricist first, or is it heavily production based or arranged around the instrumentation?

For me, I am definitely a music person first, and I let the music dictate where the lyrics should go. As the song gets further along, and you begin adding lyrics, maybe a certain musical passage goes on too long instrumentally, so having the ability to self-edit is incredible. So… I’m going to stick with a combination of instrumentation/production!

Rumour has it there’s a third EP on the way – what inspired the writing and releasing of these three projects within a certain space of time?

Yes, there is a third EP on the way, entitled Overzealous, which is about ¾ of the way done. It has been a long time since I’ve released new music, in which my last release was Morphine Killer’s Sickening, back in April 20, 2011. I’ve been waiting to get some new tunes out, and once I got going, the concepts developed really quickly for new material.

The songs on Treacherous have a lot about them that is recognisable as life for many people, and also undeniably personal and revealing regarding you as an artist. Do you find that writing songs about personal thoughts and issues helps you to deal with them more effectively, and do you aim to write in a way that reaches people, or is it entirely personal at first and simply an artistic expression of your inner feelings?

The songs always start off as an expression of inner feelings. I try and attach my feelings to a song, which I feel doesn’t always have to be expressed in words – the music can take the place of that as well. Every song that I write is the next chapter in my constant battle with my own feelings – and as long as I have feelings, I will always have something to write about.

What are some of the best songs you’ve heard, from any time period, and what was it about these songs that connected with you so much?

Anything Danny Elfman has written. His music can take you somewhere, with a sense of excitement and doom at the same time. It’s the type of music that can leave you on the edge of your seat. 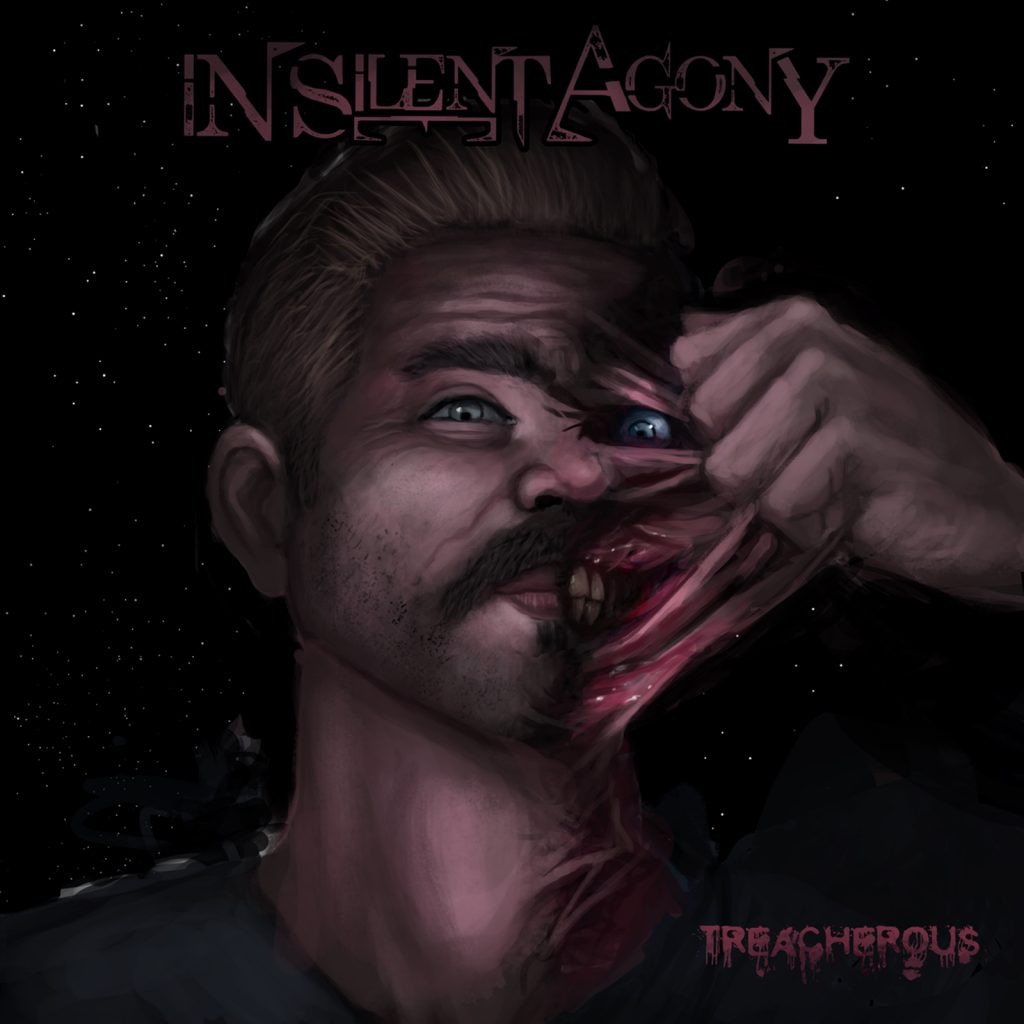 The final track on Treacherous – Our Darkest Shadows, featuring Kakophonix – is significantly different in instrumentation from the rest of the project. What inspired this collaboration, and have you yourself ever experimented with genres outside of rock and metal when creating or performing, and if not, would you ever like to?

As I wrote that track, it felt like a really good song, but something was missing. Something about the aura of the song was calling for something very classical sounding, so after I had finished all the guitars, bass, drums, & minor keyboards, I contacted my friend, Kakophonix, and asked what he could add to the song.

The closest genres I have experimented with is more acoustic/folky sounds, along with (very little) hip-hop… I love music with good sonics. If it has an overall great tone, I’d love to work on it.

What is it about heavy metal or hard rock that draws you in and inspires such passion, as both a fan and a creative artist?

The honesty & the aggression are what draws me in. When I write a heavy song, not even necessarily metal, it feels like it comes across with more earnest than a love/softer type song. I feel metal gives me the same dynamics as a soundtrack to a movie would.

How important is live music to you, and do you plan to perform many shows this year?

I love live music, and would love to perform my music live. But I also feel that I’m at the point where if I play music, I want to bring along the show part as well. At the moment, my focus is on writing, and getting all these songs I have in my head out of my system!

Who are some of the bands and artists you’ve discovered lately, if any, that you’ve really taken notice of?

I tend to gravitate towards listening to areas of music I would like to grow in… production wise, re-discovering Devin Townsend has been amazing, because his new CD is amazing! But as far as artists that I have discovered lately, I’ve been listening to more hip-hop… Danny Brown, Kendrick Lamar, Killer Mike & Hopsin have been on my playlist lately.

What are your thoughts on the mainstream music industry, and do you think there will ever be more room for alternative genres there?

The mainstream music industry will always be about who can survive the longest, and keep the most momentum. Capitalizing on your upstream is always key, in any industry. If you can keep people interested in what you are doing, and as long as it is good, there will always be room for exceptions to the rule to make a name for themselves.

Is there anything else you’d like to let people know about you, your music, or your plans for 2017?

As you mentioned earlier, I will be finishing up a 3rd EP, due in the first quarter of 2017. After that, hopefully start to do more collaborations, with the possibility of doing those more as singles as opposed to an EP… or maybe a whole CD of collaborations! 2017 has just begun, and the possibilities are endless!

Sincere thanks to Eski, In Silent Agony, for his time and insight. Make sure to follow him on Facebook and Twitter to stay in the loop, and visit his Website for more information. Click through to read our reviews of Villainous and Treacherous and download the music via Bandcamp or iTunes.