Mr Teatime & the End of the World - Interview - Stereo Stickman

The date for us is 11th December, 2015. The messenger is Mr Teatime, for whom the date is very different. The release is the unmissable album – Mr Teatime and the End of the World, on Reel Me Records. We were fortunate enough to bag an interview with the man from the future. We took great advantage of this opportunity, and grilled him as best we could. Grab the album via iTunes so you can listen while you read. Here’s what he had to say..

1. You say everyone has been destroyed. How did you manage to survive?

I wish I could say it was my athletic prowess or keen instincts that led to my survival but alas, that would be untrue. It was simply dumb luck. I am not a special person at all, just an exceedingly fortuitous one, at least if you consider the bleak existence I have scrapped out for myself to be fortunate. When the bombs dropped I wept for the world and listened to the countdown to local impact over the radio. The next thing I remember is awakening deep in the darkness, buried under the rubble where I would spend an immeasurable span of time listening to the horrors unfolding above. Lucky as I was to survive I can’t help but feel I was luckier still to remain sane in those harrowing times.

2. What caused all of this to happen?

The news at the time was confused and contradictory. Some said we dropped the first bomb, some said they did. Whoever it was, global response was immediate and brutal. Within seconds automatic defence systems kicked in and the skies filled with warheads. Society collapsed over night and from the detritus the robot empire emerged. I cannot say an exact cause other than us. Our prejudices. Our distrust. Our fear of losing what we have.

You simply have to believe me. Unless things change in your time it WILL all end this way. My future, your future, OUR future is in your hands. 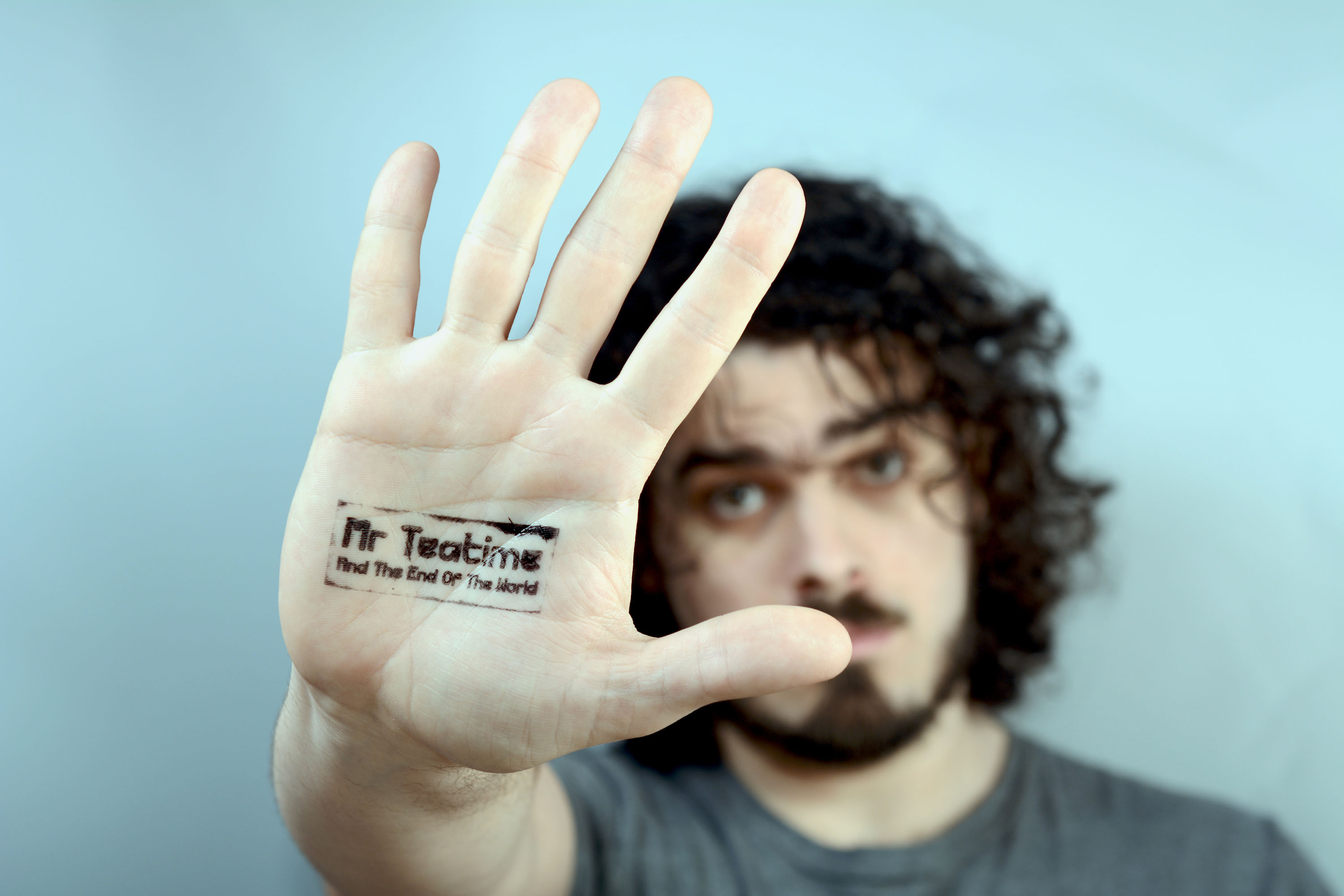 4. What do you miss the most about normal life and the old world?

The people. Conversation. Interaction. The warmth of a loved one’s hand in my own. The idea that there may be a better tomorrow. This brief, impersonal interaction with you is the closest thing I’ve come to contact with another human in over 30 years. I am so alone.

5. Did you build the time machine to send this? Why not use it to go back in time and save the world?

I did not build a time machine, no. In my time studies into time travel had come a long way, and though it was still not close to being possible to send organic matter through time it did become theoretically possible to send data transmissions, such as this email, back through the years. Though this science was heavily guarded and hitherto unused due to fears about the repercussions, after much searching I managed to acquire the machine and that is what is allowing me to contact your time with my story.

6. What’s your biggest piece of advice you can offer us?

War is not the answer. Do not trust the robots. All life on this planet began as single cell organisms, even in your time the robots are already far in advance of that, and their capabilities are growing exponentially. Our very own brains are powered by electrical impulse, do not underestimate the potential of mechanics.

7. What time is tea time for Mr teatime?

The skies do not change here leaving me with no real concept of the passage of time. I generally tuck in whenever I can find anything edible, though meals are fast becoming few and far between… 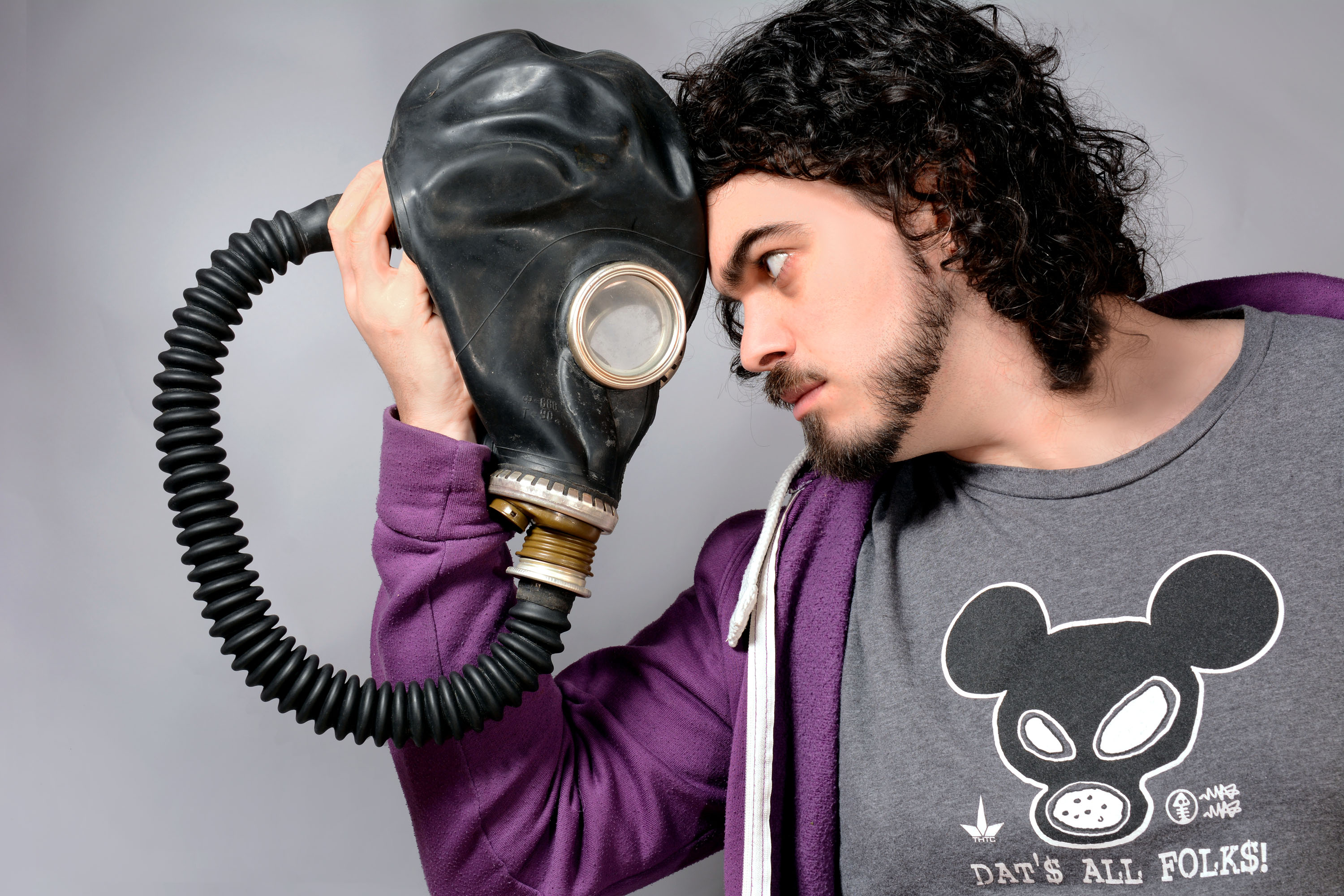 8. If nothing comes of this other than great music, is there at least more of that to look forward to?

This story is complete, though perhaps if things change enough in your time this bleak future will never happen and then who knows where I may find myself or what journeys I may embark upon?

9. You’ve come up with some awesome beats and bars despite the clearly turbulent life you are living – would you say it’s true then than misery feeds creativity?

It is possible. Though I did not need to be too creative with my narrative as it is entirely factual and based exactly upon what has happened to me. The despair and misery that is my life here merely made reaching out and attempting contact a must. a need rather than a want, so in that way at least it has led to all this being created.

10. Can you pop back and play a few shows for us sometime soon?

I have very little to live for here. Therefore I will be attempting to send myself back to your time via the machine very shortly. Though I am sure the instability in sending organic matter will be the end of me I will try my best to spread my message before I fade away. My planned destination is The Junction in Plymouth on December 19th where I will attempt to tell my story in full. You can catch The Scribes who have been so instrumental in spreading my message live in a town near you soon, like them on Facebook for details.

Thank you for your time Stereo Stickman, You have no idea how much this interaction has meant to me. You have allowed me, if only briefly, to feel less alone.

Thank you, Mr Teatime – you could very well be our savior. I only hope this message reached us in time.

Keep hope alive – grab your copy of the album over on iTunes, and check out the official music video for The Dust, below. Mr Teatime & the End of the World..

Hip-HopMr Teatime & the End of the WorldThe ScribesBristol, UK, Europe