The Judex - 'We have to play music; we have no choice.' - Stereo Stickman

The Judex are a band who make the kind of rock music the world had all but abandoned hope for. They craft complex and huge sounding songs that work beautifully well at full volume, and they make no apologies for their outspoken views regarding other bands. Here’s how our in depth interview with the Philadelphia three-piece went.

You guys are reinventing the classic rock sound in a way that is beautifully big, bold, and thoroughly enjoyable. Witchface comes complete with an infectious melody, high energy, undeniable passion, a captivating, high velocity, meandering bass-line and sublime guitars and drums. Where do you even begin when writing this kind of track? Does a song idea come first, do you write as you jam, or is there something more unusual to it all?

We wouldn’t say there’s anything too unusual about our songwriting process in the sense that we probably operate as most bands do in that regard – there’s a primary idea established and then the rest of the band flesh it out. We typically work pretty fast and each of us write – in the case of Witchface, it was composed by Sean (bassist), who remarked that this was a specific instance of him writing unconsciously; he had woken up with a headache, sat down, and had the basic gist of the song within twenty minutes. Jason (guitarist) had a lot to do with arrangements and time signatures, basically tightening it up. Almost all of it was organic and flowed that fast. William put words to it and we recorded it in one take- we didn’t resist or overthink it.

The structure of your songs adds a striking and slightly theatrical element to the music that isn’t often utilised in modern music. It’s refreshing to listen to, to say the very least. How long does it take you to craft a song, and how do you know when it’s truly finished and ready to share with the world?

Thanks for the kind words. We work very fast, even if everyone in The Judex is really somewhat meticulous we do have an established chemistry and complete faith in the other members to do their respective parts. We’ve all got chops so the guitarist knows the singer is going to excel, the bassist knows the guitarist is going to ace it, and so on and so forth. There’s never a question or a worry of bringing in a song to the group and wondering if someone in the band is going to fuck it up or not give their best. We’re quite ruthless in our execution and we like to deliver results.

Where did the term Witchface come from, and was there a specific someone in mind when the song came to life?

No specific someones, it really stems from the observation that Witches are formidable figures historically resented for having arcane and hidden knowledge, therefore seen as suspicious and as a potential threat simply for knowing things that others don’t know. That in itself is the offense; not the magic or occult power, but the potential of having magic and occult power and not sharing it with lazier people, presumably. I should stress, however, that that’s not what the song is about. We just liked the name, which is not a response or a playful turn on any similar phrase.

Is there a longer project on the way, and if so what can you tell us about it? Will there be a common thread or concept to the songs included?

We’re currently working on an EP called Return of the Split Lip which should be kept in regular rotation because it’s going to be fucking incredible. Once that’s finished mixing, we’re recording an album scheduled for the Fall, House of Judex. Beyond that, we’ve not made specific plans but I think the most likely scenario is putting our regular singles and vinyl releases.

We have some common themes with a vague connection, more a continuity if you will – terms used which stem from the Judex lexicon and general gang culture our band consists of. We’re very down on suckers and self-indulgent performers and very high on our prowess as a band. We also want people to stop being dictated and defined by the people in their lives who have mistreated them and be loyal to themselves. Otherwise, we just play really rawkus rock & roll, and rock & roll can’t be beat.

How important is live music to you, as a band yourselves and also from the perspective of a fan – do you attend gigs a lot still? How often (if at all) do you perform live and what have been some of the best live experiences you’ve had to date?

Live music is all important in the sense that it’s an essential form of communication and connection, and one of the most purest and raw ceremonies where both performer and audience can transcend. We actually don’t attend a lot of gigs, largely owing to time as we’re always in the studio these days and secondly, due to the maddening approach of most current bands and stage performers. When the other guys do go to shows, they’re almost always sorely disappointed.

This is a subject we feel very strongly about; there’s no sense of mystique or stage craft, and very little separation from the performer and the audience member. Being on stage is a big deal and you’ve got to do something, anything, to allow the listener to experience a sense of escapism and not go through the motions watching a bunch of hipsters pantomime shit and nudge-nudge wink-wink their passive performances to an increasingly indifferent crowd.

Right now we’re preparing some minor international tours and some gigs across the East Coast. Let it be stated for the record that no other band should dare entertain the notion of following us or competing with us; on stage we’re going to be very hard to touch.

It needs The Judex. Badly. But not as bad as New York does. 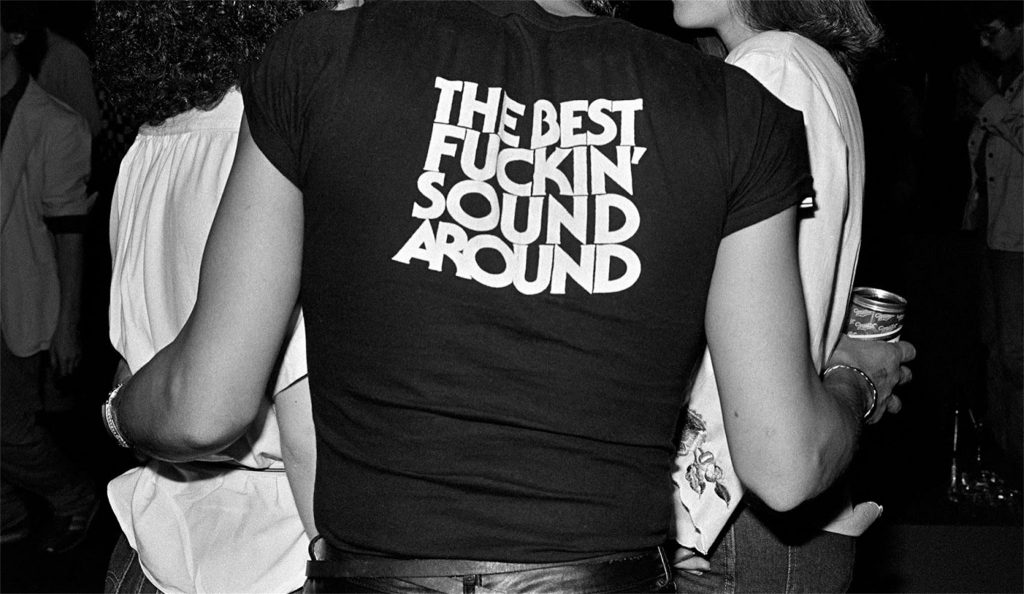 What makes a dream live show for you as a band? Small and intimate, big and boisterous, somewhere in between?

Small and intimate can be big and boisterous depending on the band and the venue; those kind of sweaty DiY shows are very compatible with the relentless, bass-y sound The Judex has. So yeah, we think we can reach you anywhere but the closer you are, the better.

Who would you say were the main acts you’d listen to when growing up?

We knew each other as teenagers actually and had different listening factions of who liked what, which I think now, as adults, you can sometimes hear the kind of melting pot of those bands coming together. But as kids, we listened to anything that wasn’t grunge or shoegaze; a lot of Joy Division, Bowie, Samhain, Queen, the first six Black Sabbath records, Suede, New Order. A lot of soul records, a lot of garage and proto-punk.

Who do you listen to now, and are there any other upcoming bands or artists who’ve inspired you in recent years?

I’m sure many artists will relate to this, but we’re mostly listening to ourselves since we’re fully entrenched in the recording process; there’s not a lot of time to discover new bands and artists although there have been some indie bands which have inspired us in the sense of wanting to go out and record, a constant reminder of being active and getting shit done. And of course, a lot of terrible bands who inspire us to slap them for their audacity.

How has the evolution of the music industry and the growth of online streaming affected you as creatives?

There’s two ways to look at it: it hasn’t influenced us in the slightest since we aren’t signed to a major label and therefore not at the whims of the changing market that we’d be a part of it we were; and secondly, it only affects us if we don’t embrace and anticipate where it’s at and where it’s going.

In many regards, online streaming is a fantastic tool for both promoting and keeping your work omnipresent and available in the hands of potential new listeners – but, unless your catalog is dependent upon the billboard charts or pop trends, it’s only one aspect of the overall foundation. As much as people complain, the music industry can be anything that you make it – just not as profitable, until someone comes up with a way to subvert it and make it so.

As pretentious as it sounds, we’re not influenced in the slightest by where the music industry is at; we have no illusions so we realize we’re neither a part of it or existing within it. By embracing that, it liberates us. We’re an underground rock & roll band concentrating on a significant cult fanbase, where putting out records is very, very important and very, very crucial to keep us connected to our audience. Whether or not it’s good for business is another discussion.

I can tell you that we’re not in it for the money, or we’d be waiting for a long time to recoup what we put into it. Which is not to say we don’t deliver good work or good songs or a quality product – we do all of that. But we’re in it because we have no choice – the artist is compelled, the creator is compelled to put things into motion and create because of a greater force, and the artist becomes secondary to the work. We have to play music; we have no choice.

What’s coming up for you over the summer – any exciting gigs, new releases, collaborations or appearances listeners can look out for?

Now that we’ve released our debut single Cult of Judex b/w Witchface digitally, we have a vinyl release forthcoming which is on clear red vinyl and is a must have for any discerning music fan. We’re currently finishing up our aforementioned debut EP Return of the Split Lip which we’ve just started to mix this month in New York with the great Mark Plati. By late summer, work should have begun on our album- we’ll be playing out pretty much constantly after all of that, but it won’t be until summer is over. Someone’s got to thrill you in those Autumn months.

Is there anything else you’d like to say about your music or your plans for the future?

Yes. To all the disenchanted people who miss going to shows and miss having a scene – we’re coming, both to take out the fakers and to deliver the rock & roll. To any bands who’ve got a problem, it’s really very easy – get up there and sing better and play better than we do. It ain’t happenin’.