Toronto based artist Elliot Jones has a brand new single out called Let You In. Following the release, we caught up with him to find out a little more about how the song came to be, his influences, his thoughts on creativity, and what the music scene is like in LA, New York, and Toronto. Here’s how it went.

Hi Elliot. Thanks for taking the time to chat to us today. How long have you been making music, and do you remember what the first song you ever wrote was about?

My pleasure and thank you for having me to chat! I’ve been recording music for almost 3 years now but I’ve always been involved in music in one way or another. I don’t know the exact first song that I ever wrote but I do know that my mom has an old notebook from when I was 5 or 6 that has some really hilariously childish misspelled song lyrics written into it.

How did the single Let You In come to be? What came first in the process – concept, lyrics, melody, creative production ideas?

I already had this really scattered concept in my head for a while and it just took that one session to tie all those thoughts together into a cohesive and understandable song. I think we got the chorus melody first, and then the lyrics to the chorus came shortly after. And then I felt like the beginning of the song needed a really strong opening statement so I just threw out ‘Here’s the situation, let me make it clear’ and we kind of ran with that. That opening line ended up being my favorite part of the song.

What was it like growing up in the Toronto / Canadian music scene, and what major differences did you notice when you moved over to the States?

Musically, there’s a lot of great R&B and hip-hop coming out of Toronto right now which is hugely influential. When I was in Los Angeles, it was really exciting to find a scene of people who really care and pay attention to what coming up next in pop music. And New York is good for indie rock or alternative acts. But I think you can find what you’re looking for anywhere, if you’re looking in the right places.

Who or what inspired you to start making music? Who did you listen to when growing up, and who do you listen to now when you want to relax or (on the contrary) need to get geared up for something?

I’m not from a musical family or anything like that, but somehow I was always a stage-inclined kid and music was how I expressed myself. I just remember being astonished by music videos on TV; the melodies, the visuals, the dance moves, how it all fit together. To relax, I love re-listening to Back to Black by Amy Winehouse for the millionth time and if I need to get pumped, I’ll put on some Kanye or Major Lazer. Kala by M.I.A. is my go-to record for working out at the gym. 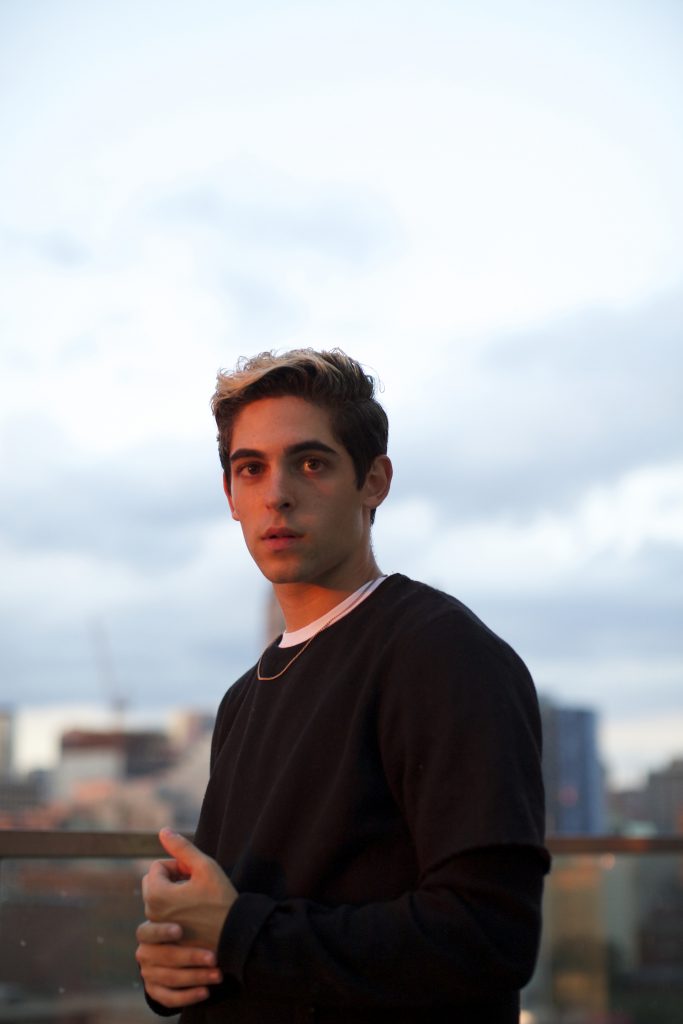 You talk about trust and love and being loyal on the single. How has the response been so far, and what would you like people to take away from the song after listening?

The response has been incredible and I get so warm and happy reading some of the messages I get about the song. I just hope people have a song they can listen to that touches upon some of the feelings that are not so easy to put together. And that they feel happier and more at peace with whatever is going on in their lives after listening to it.

How important is live music to you as an artist, and will you be touring in the coming months?

I think live music is important to most artists because it’s still the only way you get to see people reacting to your songs in front of you and in the moment. Touring would be an absolute dream and I hope that I’ll be able to sometime soon!

If you had to choose one song from throughout time that you wish you could have written, what would it be – what comes to mind, and why?

Choosing one song is so incredibly difficult because there are just too many that mean so much to me. It would probably be something by Michael Jackson though. Because his songs have the power to make people dance and bring happiness to people anywhere in the world.

What advice would you give to closet songwriters who want to get their music-making up to a higher standard and reach an appreciative audience?

I wasn’t really aware of how honest you really have to be to write a good song. It takes a lot of courage and openness and self-awareness to share how you feel with people. The advice I would give is probably to be confident with yourself and okay with having some of your ideas turned down. I do think co-writing is also super helpful – it can help arrange some of your most confusing thoughts and turn it into lyrics that are super simple and relatable. Find someone you trust and respect and try to write with them!

What’s next for you – what are your plans for 2018, and what’s the bigger picture overall?

I’m really excited to enter the new year and just to see where this song and my future releases will take me. I am planning to release more music in 2018 and travel to a few places to write and record. The bigger picture would have to be to keep pushing myself to grow as an artist and sharing my work with as many people as possible.

I’d just like to thank everyone who took the time to read this and has listened (or will listen) to my songs! I appreciate you.