This week we caught up with the immensely talented song writer that is Ed Roman. He very kindly took part in an interview with us, and offered up some incredibly insightful answers as we attempted to learn more about his music; in particular, his stunning new track Lay One Down. Here’s how it went..

It would be interesting to know a bit more about where the song Lay One Down came from. With regard to the themes you touch on; did you first decide to write something in that area, or was it just a chance piece of art that you found yourself creating?

“One bright morning when my work is over, I’m going to fly away home”

The meaning in the subtext behind this statement of Bob’s is what led me into this thinking and behavior. We all think of the work that we do in our lives and what our hands actually are capable of. The good things as humans we are exposed to, and yet at the same time the coercion and esoteric agenda behind the world’s curtain and it’s global domination agenda. The philosophies that exist inside of so many religions and at the same time political beliefs that override common sense. The shock and ah value behind the moments of the day and age that we live in. The crypto agenda and military campaigns of a hidden empire that lead the moment astray. And as we turn our heads away from the catastrophe and the travesty, it comes in the night like a thief, without warning, and we are left in the rubble.

The lyrics of the song are suggesting that we must lay down all forms of aggression and negativity. Aggression towards aggression or an eye for an eye will leave the whole world blind. The ultimate battle does not lie in a field in a distant place in a foreign country, but it does in fact exist in the hearts and minds of every living human on the face of the earth. The concept of free will has been tainted by a Hollywood-esque ideology and the monopoly media rampant throughout the world.

The song deals with some fairly emotional ideas, yet the music and the melody are considerably optimistic sounding – does this make it easier for you to perform, and do you think the song is more effective because of this contrast, perhaps in terms of reaching a wider audience?

This is a wonderful question and it’s definitely something the song had shown me. Optimism must be brightly lit in the most darkest of places. People are like moths attracted to flames. That source of heat in a cold environment is the positivity that everyone needs.

The quaint aspect to the music acts more like a lullaby. A story you almost may impart to a child as they drift off to sleep, allowing their subconscious to tackle their moral conundrums. I find this quite often in so much music where the libretto has a very difficult meaning for the listener, yet at the same time the music has so much fluidity and grace. If you’re uncomfortable, it means you’re learning something. So grab a chair.. 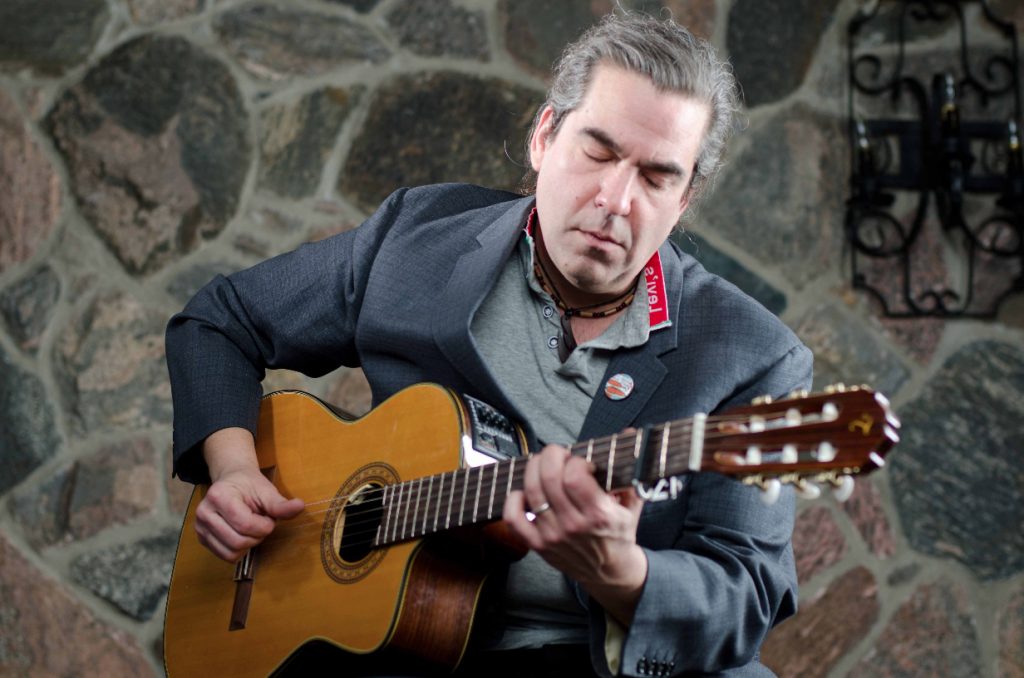 The song is part of the extremely respectable Heart Songs For Veterans, and has also had a fair bit of radio play to date. What kind of reactions have you received so far to the track? Have there been any particularly memorable responses where you felt you’d really connected with someone?

There has been an incredible response in social media and people re-tweeting left right and center. What I think is interesting about the responses, is that although the language in the song is metaphorical, it is definitely something that we all understand. Not something through generic education, but more so, the multitude of people who are coming to grips with the importance of a commonsense philosophy when it comes to looking at what is really going on in the world. If it walks like a duck and talks like a duck,  it’s probably a duck.

As I mentioned before, we are so often swayed in a negative fashion towards the blitzkrieg like approach to so many world situations. As we are, and I hope are, empathetic human beings, we cannot help but react to the travesties and the losses of lives all over the world. This is what makes that equation so effective..

You’re a very honest writer, and a powerful singer, not to mention a multi-instrumentalist; which songwriters and musicians originally inspired you to learn and express yourself with music?

Thank you so kindly for that wonderful comment. I’m just trying to speak from my heart and trying to reflect the moment and the space that I am living in. As a result there are so many that are influential to me in my life, still present on the planet, and some that have moved on in the ether.

Like you, I am moved by the passion of the language and the root chakra energy that the music makes. Those things found them. They were the transmitters for the information that was already there and needed to be yelped, like a barbarian from the top of the great mountain..

What can our fellow Ed Heads look forward to in 2016; any exciting gigs or collaborations, or anything in particular that you are excited about for the year ahead?

Thank you so kindly for having me today and it’s been such a great pleasure to speak with you. I loved your questions.

I’ve been working on a new record, set to be released in the spring of 2016, entitled Red Oman. An anagram of my own name. The world and our language is filled with occult like symbolism and we have dual meanings to so many different things. Red is the symbol in nature that attracts people and animals. They are the things that we can eat and consume. It is the symbol of love and a color energy of strength. At the same time it is a warning color. The things that are poisonous in our environment and the things we must take heed to.

An omen is a sign of great prosperity and incredible change to come. It is something one would say in loo of a positive moment. At the same time and omen can be a negative thing or warning symbol inside of the great collation of the moment. These are all things that I see happening every day around me. Some of us are very attuned to what those changes are and what is about to occur and yet at the same time many of us are completely oblivious and have succumb to the change of negativity acting more like it’s a necessity. The language in the meat of this album is all about this day and age and the time that we live in. The basic concept of free will for the 21st-century.. There will definitely be many videos that will accompany the songs as well as a supported tour and many live shows.

The song “Lay One Down” will be featured on this album and is already a part of “Heart Songs For Veterans” Heart Songs is a wonderful organization helping soldiers who are in dire need of assistance. The proceeds of this go to help veterans all over the United States and it’s a great privilege to be a part of this. My hope is the lyrics make their way into the hearts of people and re-issue a new way of thinking about not only your brother but considering your enemy as a friend. There are no enemies….. only the ones that we allowed to be there.

Once again, it’s been a great pleasure to speak with you.. Ed Heads Thank You..

To stay involved – follow Ed Roman on Twitter and Facebook. You can also head over to his Official Website to hear Lay One Down for yourself, as well as much more of his music. Make sure you’re locked in for the release of Red Omen next year, and get yourselves down to a live show as soon as possible.