Derek Sallmann - "It's easy to see through a song that doesn't come from an honest place." - Stereo Stickman

Following the release of his latest single and prior to the upcoming launch of his EP, we caught an interview with artist and songwriter Derek Sallmann to find out more about his music and his hopes for the future.

Hi Derek – thanks for taking the time to chat with us! Congratulations on the single Love, Future You. What can you tell us about this song – what prompted you to write it?

Hi, everyone! First of all, thank you guys taking the time to talk with me and for the congratulations on the single. I wrote the song with my friend Kyler England and it really just came out of a place where I was dealing with a lot of stuff at the time because I’d been through this really bad breakup at the start of the year. Love, Future You just kind of came out of that idea of feeling like things aren’t going to get better even though you know it’s silly to think that. It was really a song I needed to write with everything I had going on at the time.

What first inspired you to start creating original music?

When I was in seventh grade I started listening to a lot of music as a way to escape from everything and go off in my own world. I started listening to a bunch of great bands and becoming familiar with their music. Matchbox 20 is one of my favorites and I remember hearing the song Smooth by Carlos Santana and Rob Thomas. Rob Thomas is the front man for Matchbox 20 and I just thought that was the coolest song ever and it really made me want to write my own songs. My dad is a musician as well so he taught me to play guitar when I was younger and I was learning for a while before I started writing. It was actually a heartbreak situation that brought me to writing my first song for my 2016 LP “All Seasons” which was called Storm.

What can listeners expect from December’s EP release – what have you put into it, what do you hope they take away from it, and will there be a tour to coincide?

They can expect five songs and I think the whole EP is really inspirational. It drives pretty deep into some serious, thought-provoking situations that I think everybody goes through but there’s also a lot of really uplifting songs as well. I put a lot of time, effort, and money into the album, and I went to Los Angeles to work with Bill Lefler on most of it, which was a great experience. I think everything comes from a really honest place and I probably wrote over 70 songs and then ended up picking the best ones to get produced for the album, so I had a lot of writing practice before finally picking the best songs. I plan on touring locally for now before possibly doing a bigger tour next year.

What are some of the key values you aim to represent with your music?

I think the key values that I aim to represent are definitely honesty and a positive outlook on negative situations. I think it’s really easy to see through a song that doesn’t come from an honest place, and to me it’s a turnoff. I do my best to write in a way that every word is exactly what I mean to say. I also want listeners to come away from the songs with a more positive outlook on life than when they started. I was at a concert and the Christian band “Casting Crowns” was playing and they said listening to a song is kind of like allowing the artist to take a lap with you in life. I think it’s important that when you listen to a song that you come away with at least one of two things: a more positive outlook, or feeling more understood. 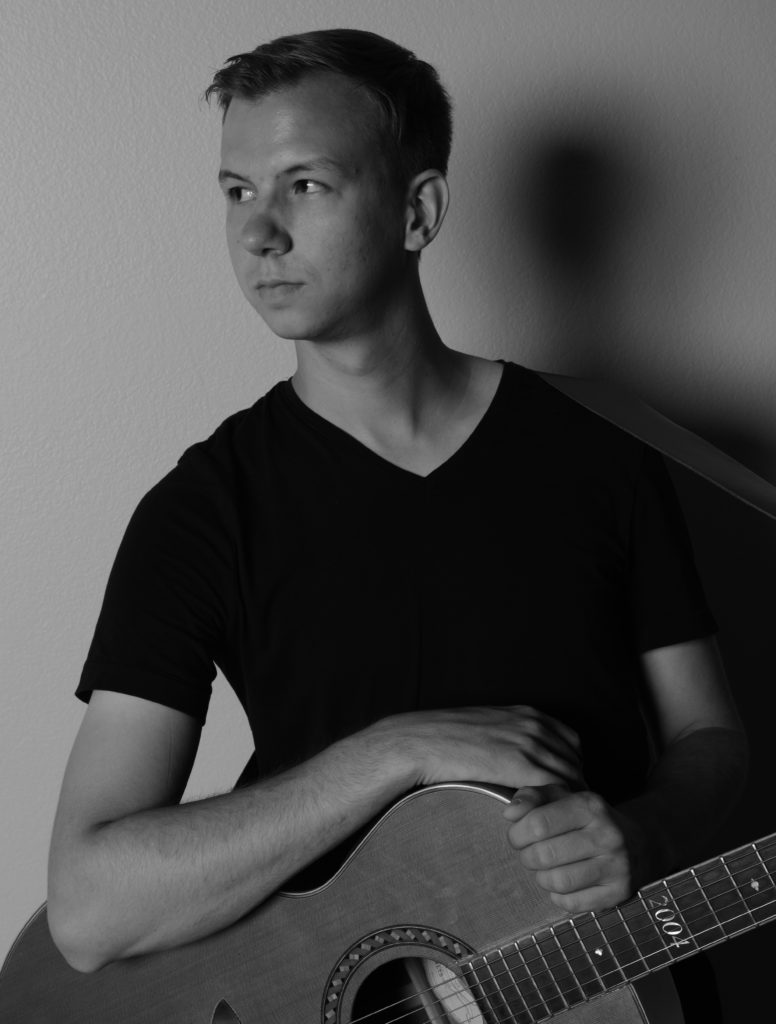 What do you think are the most important elements within songwriting that lead to something likely to connect with a listener?

I think honesty is by far the most important element in songwriting that allows the listener to connect with the artist. I find that writing from an honest place also makes the songs relatable because if you’re feeling something, it’s likely that others are feeling it as well.

Who do you think are some of the best songwriters of the past five years?

I definitely think that Ed Sheeran has to be in that category. He’s a big inspiration of mine, especially how he does most everything as a solo artist. I think that’s really impressive and his songwriting is always easy to connect with. I think John Mayer is another really good writer. He’s a phenomenal guitar player but he also has some really intricate lyrics that I’ve enjoyed listening to. Taylor Swift, is another one. Also, I’ve really enjoyed a lot of songs by Lauv lately.

I think it should also be noted that there are a lot of great writers who don’t get as much credit because they aren’t the singer on the track, such as Sarah Aarons, Julia Michaels, and Max Martin. They’ve written some incredible tunes, but you probably won’t hear a lot about them.

What comes to mind if I ask you to name one of the best songs ever written?

First of all, I just think about how difficult of a question that is to answer. Music is so subjective, but I think it’s the songs that span generations. In Wisconsin, one of the songs that I play that people enjoy the most is John Denver’s Country Roads. It’s easy to sing, easy to listen to, and relatable to everyone.

How does live performance feel for you when compared with the writing and recording side of things?

For me it’s been totally different since I normally play shows by myself. When I’m in the studio and writing, it’s almost always with a full band in mind. 99% of the shows I’ve played so far are solo acoustic shows, so most of the time the songs are stripped down versions of what you hear on the album. I think it’s important that a song works in both capacities. Fans like to hear them both ways and it’s important to be versatile.

What’s the bigger picture – where do you hope to take things in the near future?

In the next couple years, I will likely be traveling out of state for more performances and will be doing a lot more writing and recording. I hope to continue my work in the biology field as well (I was a biology major at Wisconsin Lutheran College) and basically just keep doing what I’m currently doing, but on a larger scale.

Yes! I made a “behind the scenes” video about the making of Love, Future You and it’s unlockable by entering your email address or following my artist page on Spotify. It’s about 10 minutes long and dives deep into the writing and recording process, travel, the original song demo, and a lot more. You can access that video by clicking the link below.