Derek Lee Goodreid - "Each time I was told I wasn’t good enough I tried harder, I evolved..." - Stereo Stickman

Oslo based artist and songwriter Derek Lee Goodreid has released three full-length albums over the past year and has no plans to slow down his creative pace. We caught an interview with him during his down time to find out more about what drives him as an artist and what his plans are for the future. Here’s the conversation in full.

Hi Derek – thanks for the interview. For those who don’t know, how would you describe your approach to making music?

It’s difficult to say any one thing is my approach. I tend to write a song very quickly when the inspiration hits and I try my best to finish it and record it as quickly as possible before the inspiration goes. It’s like trying to solve a puzzle, and the amazing thing is – when it comes together you don’t even realise that that was what was in your head waiting to be communicated to the rest of the world. It can be a very surprising, scary and enlightening experience and also a great way to unlock a lot of secrets and feelings you had hidden even from yourself.

What’s the connection between the three album releases you’ve put out this year?

All three albums are a collection of stories both personal and creative, as well as anthems that have helped me get through some really dark times. Feel It especially kicked off the creative process and sums up my turnaround from suicidal thoughts to wanting to not just live life but love life with a passion and a purpose. God the Devil and I uses a lot of black humour to explore my family’s religious past when growing up, as well as my own rebellious nature of going against the grain. Questioning the gap I saw between the church and Jesus’s teachings and realising the answers to my questions were not going to be found in a building but out in the world.

Beneath Starry Skies is a more reflective album and more personal. The song Be Still dealt with the abuse my alcoholic grandfather dealt out to myself and my family members and was a very difficult song to share but I am proud that I did. I believe that each of my albums have these threads of searching, forgiveness and redemption woven into the songs of pain, loss, joy and triumph and they create a whole picture of the story of my life I wish to share.

Do you have a favourite of the three albums, and following that – which song, if you had to choose just one, would you say means the most to you? (And why?)

It’s quite difficult to pick an album but if I had to it would probably be Feel It! Only because it was the first complete album of the three and gave me such a confidence in my ability as a musician and producer. It’s also the most musically diverse out of the albums and the two songs I love the most are Rosita because the trumpets and cellos remind me of one of my musical heroes Ennio Morricone, and if anyone is friends with Quentin Tarantino please tell him I would love for him to use it in one of his movies! The other song is You Are No One Until The Wolves Dine On You and it is one of the most deeply personal insights into my unstable mental state at one point, but damn it rocks. Playing that song makes me feel confident as a guitar player and has turned into a good reminder of how far I have turned my self around from dark to light. 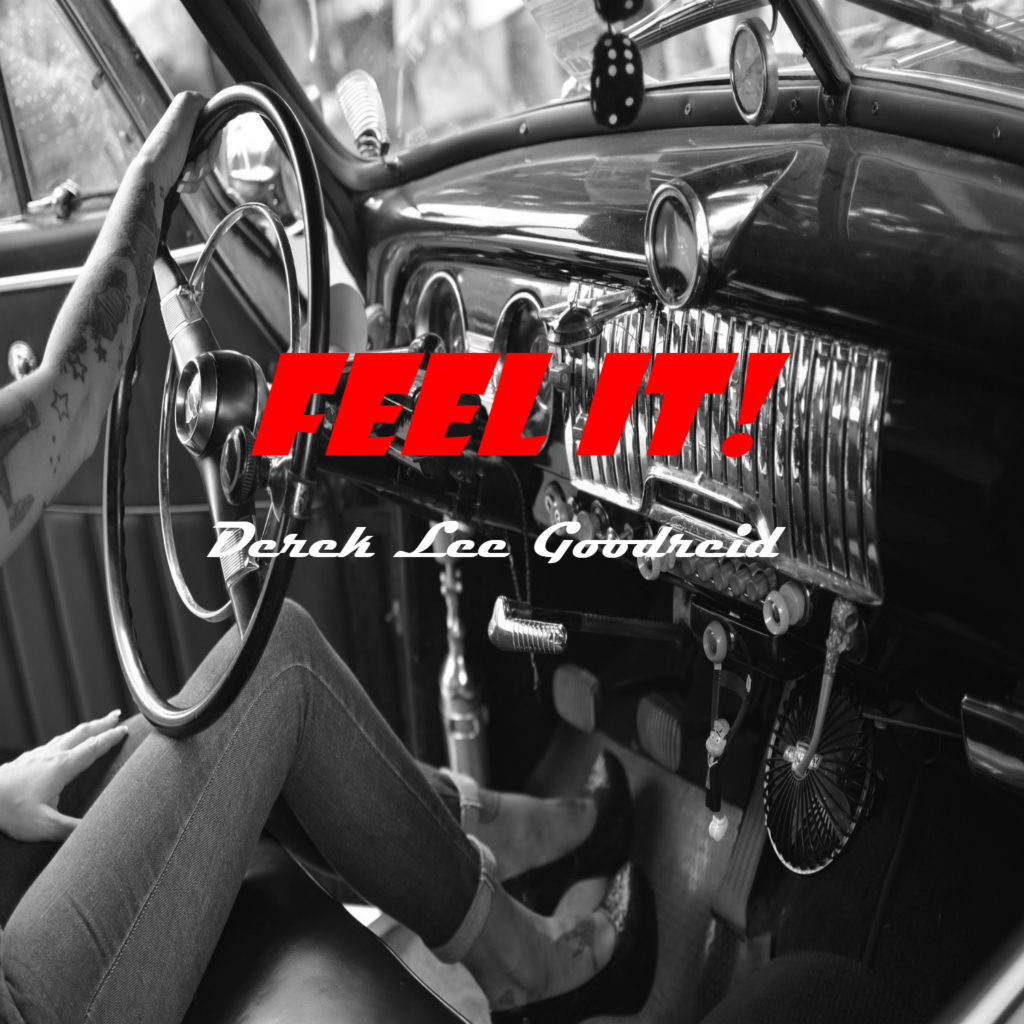 What inspires you to make this kind of music?

In the beginning it was spite I guess. I was told I couldn’t sing, that I wasn’t good enough on guitar and that I sucked as a musician. Each time I was told I wasn’t good enough I tried harder to the point where I have evolved into the artist I am now. Now I make music for the love, I love singing, especially with my wife and three year old son, I love learning new things on guitar, styles and techniques (working on learning more heavy metal and surf rock guitar techniques to incorporate into my playing and writing new songs) and I am taking more risks to write less autobiographical songs and create more story based songs. A good example of this is RedRum which is a story of a man waking up after a crazy night of drinking only to find he has lost his shadow after murdering someone.

Who do you admire in the mainstream music world, whether past or present?

When I first moved to Oslo I fell in love with this Norwegian band Madrugada the lead singer Sivert Høyem has an amazing voice and writes the most beautiful songs. I also met him as I served him coffee where I was working and awkwardly told him I was a fan. Brother Dege is also an inspiration after I saw him play I bought a dobro and want to release an album of delta slide blues. My other heroes are actually friends of mine Pål and Petter from The Dead Beats a psychobilly band in Oslo as well as my new bass player’s band Dement To Be. These guys really inspire me to get in touch with my rock beast and Bård my new bass player has also turned out to be a really great friend.

How important is live performance for you as an artist, and what would make the ideal live show?

Live performance is a lot of fun and is a great way to reconnect with songs and what they meant to you when you wrote them and what they mean to you now. It’s especially fun to share these new revelations with your audience. My favourite gigs have been the smaller ones as I don’t consider myself a full on rock beast but I did play a proper rock show at this years Musikkfest in Oslo and my drummer Alex and I rocked out pretty hard. That was also the first time I played electric guitar and it was a nerve-racking experience, but it was a lot of fun!

What do you hope people get from your music?

Inspiration. A journey. Nowadays musicians are told to concentrate on singles but I believe so much in albums, in creating a story, creating a world. I love that my albums, in particular Feel It goes from blues to rockabilly to jazz to surf rock, punk, country music, epic western Americana and back again all in about thirty minutes. It’s like a musical trip for your ears and I really hope it catches peoples’ imaginations.

What are your hopes or plans creatively over the coming years?

I am hoping to record other artists especially my friends in Oslo. To learn other instruments such as banjo and dobro and create a more delta blues style album of murder ballads in the future. Working with my new band, Rattling Bones and come up with some new music with our own sound inspired by Tom Waits, Joe Strummer, Shawn James and Mark Lanegan.

I am two songs in to a new album, I have a fourth album almost finished called Built To Last and a live album recorded at a small intimate gig in my hometown of Perth also waiting for the finishing touches.