I can imagine that a fairly large proportion, if not all, of our audience will find the concept or premise for this podcast incredibly fascinating.

Improvisations on The Ledge sees award-winning composer Peter Saltzman veer off into the art of spontaneous performance, improvising on the spot – the piano being his choice of instrument – discussing the process and what the music means to him afterwards, and then composing a final piece based on those discoveries. The thing is, with each episode and indeed each improvisation, the journey and subsequently the resulting work, vary considerably, meaning that you know you’re tuning in for something authentic and free-flowing in every case. 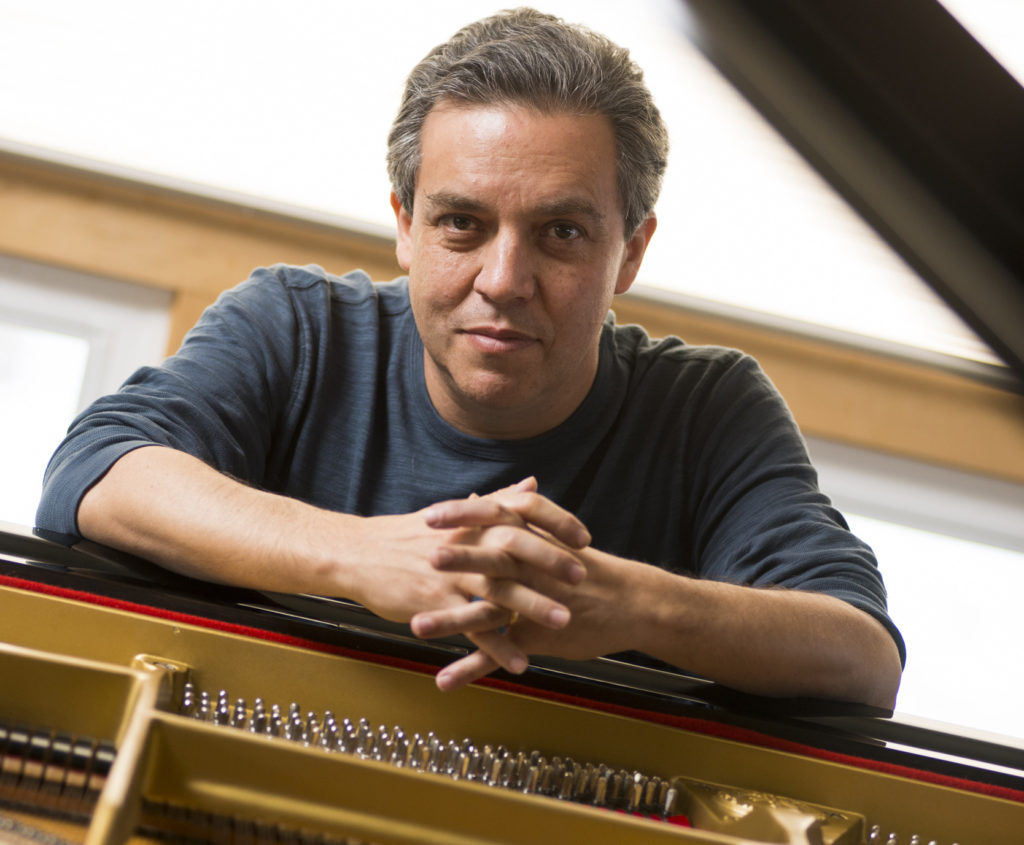 A recent episode, embedded below, entitled Sad Movie Theme Gone Bad, introduces a melancholic side of Saltzman’s playing, guiding you through the show with beautifully reflective and emotive music – in between instances of which the host talks openly about his own experiences in writing music for film (sad films in particular).

This is where the fascinating aspect comes in, the music sets the scene beautifully, with space and calm, delicacy and intention, and Saltzman’s equally calming, genuine voice offers insight and perspective alongside of it – not least of all his take on the importance of music in film; on the power of music to be able to speak for itself. This choice of structure works so well, the theme for the show is fairly niche in itself but the manner in which each episode has been arranged helps really create something that just doesn’t compare to many (if any) other podcasts around right now.

It’s a pleasure, and a privilege, to listen to Peter Saltzman’s expertise and experiences intermittently with his faultlessly engaging, impressive piano work. There’s something consistently peaceful about the whole thing – his voice, his reflections on life and music throughout history, his playing and choices of musical interludes. At the same time, there’s plenty to learn, to consider, and to take away with you.

Improvisations on The Ledge is a must for musicians, composers, music fans, artists, and indeed anyone with an interest in and appreciation for organic music and creative expression in their purest forms.