For Better Or Worse? A Look At The Ever Changing World Of The Music Industry - Stereo Stickman

The music industry, like most things, has changed and evolved over the last several decades, bringing and taking with it a vast number of changes that have dramatically altered the way bands and artists capture an audiences’ attention and also the way music fans enjoy their favourite songs and discover new tunes.

With a new year now underway, I figured it was time to delve a little deeper into the background of the music industry, to try and evaluate the impact that the boom in social media, digital technology and the likes of streaming has had on the business for both fans and artists, and to try and gauge a look at what the coming years might have in store.

My own interest in the music industry stems from my Dad who, born in 1942, was a touring musician for two decades. He started out playing in the local area around his home town of Southport and was his talents were soon noticed by industry professionals who brought him on board to play with other upcoming musicians. In the years that followed, my Dad played to 50,000 a night in Hamburg for around a month and performed backing vocals for the likes of Shirley Bassey.

Hearing his stories about travelling around the world, playing in front of both small and large crowds, and hearing how the acts he worked with worked tirelessly to make a name for themselves – and succeed – excited and intrigued me and, as I hit my late teens, I discovered I had a passion for writing about and reviewing music. I was, in essence, a modern day (albeit unknown) music journalist. 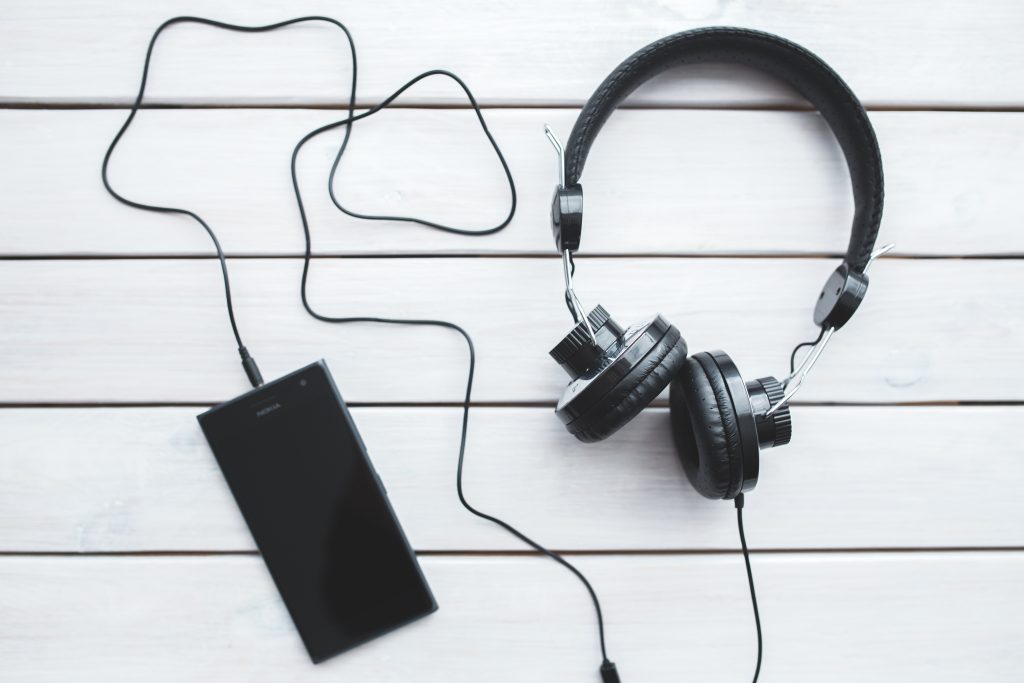 Like most millennials, I personally discover lots of new music through the likes of Spotify, iTunes and social media, and particularly as a music writer, but also a dedicated music fan, I consider myself fortunate to have several, including Gavin Rossdale of Bush and Danny O’Donoghue from The Script, follow me on Twitter. I can’t imagine not having the instant access to bands and artists around the world that I do today, while A&R professionals, including Evan Griffith of Epic Records, also cannot deny the impact social media has and continues to have on how they do their job and how artists on their roster boost their following or earn press attention:

“The industry has changed in more ways than one,” Evan says. “Fans are now able to get directly behind artists they believe in, in unprecedented ways. This is especially evident with bands like One Direction and BTS, where their rise to stardom has come in many respects from the fans’ promotion across their social media networks.”

He goes on: “Gone are the days of radio telling fans who they “should” like. Instead, fans get the attention of A&Rs though their passion for and engagement with the artist on social media. In a sense, fans now dictate who we should consider listening to.”

So does he think social media and the power that can come with having a huge following is overtaking the importance of an artists’ natural talent? “While these changes are undeniable,” he tells me, “and very real, the music continues to come first. Having worked in both indie and major label A&R, I always look for talent before numbers and I know I am not alone in doing so. The numbers and engagement might pique interest, or push it over the edge, but natural talent is always #1.

That said, because of the power of social media to promote your brand, there is huge crowding and competition of artists competing for the audience’s limited attention. Some might argue it has become a bidding war – after all on certain social platforms, artists must literally “set a bid” for the cost per view of their ad vs. other artists’ ads to be seen. Therefore HIT SONGS matter more than ever in drawing fan and industry attention to new talent. Hooks matter. There needs to be a hook in every section of a song for it to be a hit. Especially at the beginning of songs via streaming, rather than entering, say, half way through as they would in the days of the radio dial.”

While Evan believes that the technological advances of the past several years – particularly social media – can be positive for artists, Louise Carter, a member of #TheScriptFamily, got in touch with me via Twitter to share her rather varied thoughts, saying:

“Digital improvements have made music more accessible to the mass but there is still a movement by people who buy CD’s and vinyl. I think the digital versions of a song don’t always show the authenticity of the music. Most people like having something physical they can hold or possess.”

Her views on streaming were particularly strong:

“I think the technological advances are damaging the music industry and hurting the artists as that’s where they make most of their income and digital downloads/streaming can prevent this, especially with the rise in illegal downloads recently.”

While admitting to using Spotify and listening to music on her phone, Louise also expressed her pride in being a member of a generation that still buy CD’s to support the artists and the industry she loves so much, adding: “I buy my music on CD and vinyls as I prefer them to the digital formats.”

Another #TheScriptFamily member, Teresa Chiara Melchiorre, got in touch via email to say: “If streaming were not here today, music would be nothing. Streaming allows music fans to listen to their favourite artists anytime, anywhere, and being able to do that can lift someone’s mood no matter where they are – they don’t need to wait to get home to put on their favourite CD. I also believe that artist popularity depends on more than just a social media following, and instead also depends on how many songs of theirs are played on the radio, or streamed online. I also think, particularly with a band like The Script for example, it can also depend on the lyrics of their songs and how they resonate with a listener.” 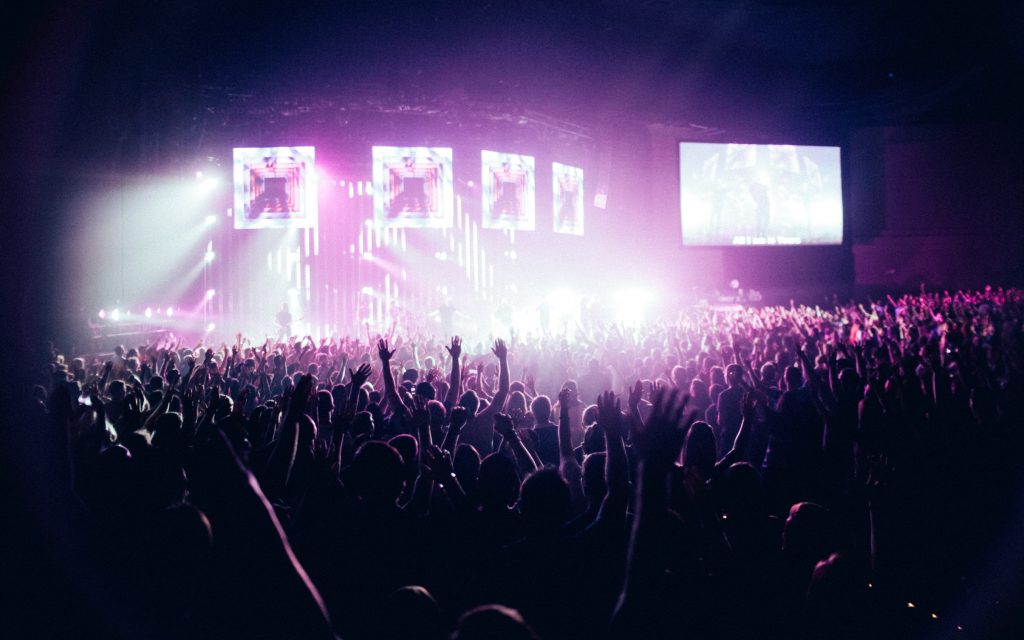 When it comes to success, many artists’ careers are judged by and compared to the fame and popularity of bands such as The Beatles, who took both the UK and US by storm. Given that the famous four dominated the global music scene without the use of social media and streaming services and instead managed to win over an army of fans purely with their music, it begs the question as to whether or not any artists in the modern era could ever replicate their success. Evan seems to think so, and told me:

“I absolutely believe it’s possible for artists to achieve the level of success The Beatles had, but the path to that level of fan engagement doesn’t rest solely in live performances, but rather in regular publishing of content – music, images, videos – to keep their fandom engaged on social media.”

He went on to express his belief that technology has levelled the playing field for many artists today, particularly those who are familiar with its uses, noting:

“An artist can create an ad on Facebook, Instagram and Twitter to promote their music – but in the same way technology helps artists, it also hurts artists who aren’t well versed in its usage, as they will be quickly forgotten about in the flurry of posts and ads that audiences are fed every day.”

So where will the music industry go in future? I ask myself this on a regular basis, and I don’t and will likely never know the answer.

Industries, as do many things in life and the world we live in, can and do change – sometimes in what feels like the blink of an eye. I asked Evan if he’d like to see the industry return to its old ways, when there seemed to be more focus on the music and talent of an artist rather than their image or number of followers, as it could be argued is the case in today’s image obsessed society. His answer was and is one that’s left me, and should leave all music fans, deep in thought:

“Look has always mattered, and ability to fill seats has also mattered. I think sometimes the change in the industry is overstated. There’s an expression in French: “Plus ça change, plus c’est la même chose” meaning, “the more things change, the more things stay the same.””