There are many musicians now recording at home who are going for the ‘live band’ sound, but only playing solo or as a duet. Most of the instruments are easy to record – plug your bass, guitar and microphone into your audio interface, and away you go. You don’t even need a top of the line Marshall or Orange amp to get the crunch you want – there are plenty of amp simulator plugins out there. There is, however, a massive hurdle to cross in the form of the drums.

Unless you’re lucky enough to have a real drummer (and a large selection of microphones and equipment to record the kit), or an electronic drum kit, you will end up relying on loops or programmed drums. The problem with using loops is that you can’t edit the drum pattern afterwards, so unless you have a large range of drum loops, variations, and fills, you’re going to end up with a very repetitive sounding drum track.

The solution would be to program your own drums directly into the sequencer, but the main problem producers come across is making the drums sound ‘real’. In this article, I’m going to explore a few ways to make your drums sound less static and more ‘real’.

The first step is to create a realistic pattern. All too often, producers will program a drumbeat that a real drummer could not play. A drummer only has two hands and two feet, so hitting a tom, a snare, a crash, a ride and a hi-hat at the same time is impossible. The problem mostly occurs during drum fills, but could also happen if you try, for instance, to play a ride cymbal pattern along with a hat and snare pattern.

Above is a basic drum pattern created in Ableton Live. You can see that the hands only play two simultaneous drums – the snare and the closed hi-hat. If you wanted to add a tom drum on the second beat, you would need to free up a hand. You could either not play the hi-hat, or you could used the hi-hat pedal, to create a hat sound, allowing simultaneous playing of the drums. Below is an example of how to accomplish this. On beat 2, the hands play the tom and the snare, and the left foot uses the hi-hat foot pedal to create the sound.

Although this pattern isn’t exactly full of life, it’s a basic example of what a drummer could actually play. If you think about what a human can actually play, then you’re one step closer to creating realistic sounding drums. Below is a nice sounding drum loop, but unless you’re an octopus, you’ll never be able to play it for real!

Now you should have a nice beat that sounds somewhat like what a drummer would play, but it still sounds a little mechanical. Unless you’re a robot, you’re never going to hit the drums exactly in time at the same velocity (or volume). A real drummer, including the best in the world, is going to be slightly off, even if only down in the millisecond range. This isn’t something we can necessarily hear consciously, but our brains are very good at picking out a pattern, and the way the sounds interact with each other will differ depending on the timing.

Let’s take a look at the ‘basic drum pattern with toms’ we created earlier. Let’s start by adding a slight bit of variation to where in the grid the drums hit. These edits are going to be tiny, so don’t overdo it unless you want a sloppy sound. I’ve zoomed in and edited each individual sound to be off very slightly, while listening back to the looped drum sound. I might have been a little tight with the timings here, but it already sounds better. You can experiment with different timings, and make the timing quite a lot off grid before it sounds sloppy.

Next up is velocity, or how hard the drum is hit. Similarly to the timing issue, even if you try, you can’t hit the drums with exactly the same force each time. There’s always going to be a slight variation. This variation not only affects the volume of the sound, but also the timbre. Alongside natural changes in velocity, there will be purposeful changes too. You might want some tom hits quieter than others, for example.

Listening back to the loop, I feel like it’s a bit too much, and the beats aren’t clearly defined. I’ve decided that I want the hi-hats to be quieter on the offbeat, which should hopefully drive the rhythm, marking the beats with a louder overall hit. Next up is the tom drums – they sound too overbearing and make the beat sound too busy. I’ve gradually made each tom drum quieter throughout the bar. This has made the first beat of the bar more defined, and the toms around the kicks on the third beat compliment each other. This drum pattern is starting to sound real now!

Our drum loop is coming along nicely now, but as far as using it in a track, it sounds far too repetitive. A real drummer would never play the exact same pattern all the way through the track. I’ve copied the existing bar to create a four bar loop. For bars 2 and 4, I’ve offset the first tom to create a little bit of a groove, which adds a nice bit of variation. In these bars I’ve also made the last hi-hat open rather than closed to lead into the next bar.

For the final bar, I’ve added another snare hit to create a mini drum fill. As this snare sound falls on an existing tom, I’ve removed the tom to help accentuate the new snare sound. I’ve brought the velocity of this snare hit down, because at the same volume as the others, it didn’t have the shuffle I was hoping for. I’ve added a crash at the start of the bar, and removed the hi-hat that would be playing.

Our drum loop is starting to sound great now, but it’s still not a full song. We can take this pattern we have created and create a variation of it. For this I’ve removed all the toms, and moved all the hi-hats to the ride cymbal. They sounded a bit loud, so I’ve brought the velocities right down. This could be great for a middle eight section. Make as many variations as you need to fill out your song.

The transitions between sections usually have some sort of drum fill to create a bit of suspense. Using the same methods as before, I’ve created 2 drum fills that follow a similar pattern to the beats, and only played what a drummer could manage.

Below is the final track of what these drum loops sound like, along with 2 bass guitar samples courtesy of Music Radar. It’s far from a finished piece of music – if I were making a track for release, I would go in and make little edits and fills here and there, adjust the timings, add different drum elements, and even make some really off beat sounds to add a little more of a human feel. The patterns I’ve created here aren’t going to win any awards, and could do with a lot more editing, but for half an hour’s work, we’ve achieved reasonably ‘real’ sounding drums.

The drum sounds you use have a big impact on the final sound. Using any old drum samples could have good results, but using a pre-made drum kit usually makes them sound great. For this guide, I’ve used Ableton Live Suite’s Session Drums Club – British Vintage Kit. The samples are all recorded from a real drum kit, and have multiple different sounds per hit. This means that when you play a drum quiet, it actually uses a different sample of a drum being played quiet.

It also uses a technique called ‘Round Robin’. This uses a selection of different samples for each drum, and randomly uses a different one each time. This creates a variation in the sound, even if you hit the drum with the same velocity. This is a clever way of creating a real sound, emulating the drum being hit slightly different each time.

There are many different drum kit plugins available within a range of budgets. A dedicated acoustic drum plugin like BFD3 has the potential to make amazing sounds, and samplers such as Battery and Kontakt also have third party sample packs that sound great. You may find your DAW has a great drum kit built in.

With a little bit of pre-planning, it’s quite easy to make realistic sounding drums. The main point is to think about how a real drummer would play, and try to emulate it. If you’re lucky enough to have a real drum kit and a recording studio at your disposal, or an electronic drum kit that can record MIDI into your DAW, then you won’t need to program your drums. But, for the rest of us, great sounding drums are only a few clicks away.

You can download all the MIDI clips from this guide here. 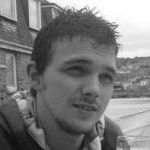 One response to “Beginner’s Guide To Programming Realistic Drums”